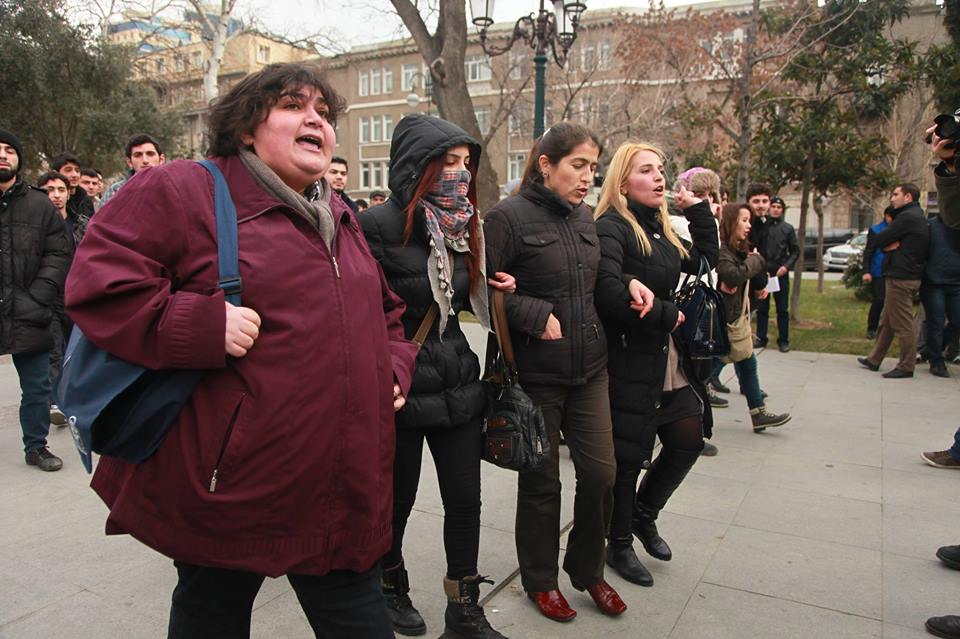 Please join us to stand in solidarity with jailed Azerbaijani journalist and 2016 UNESCO/Guillermo Cano World Press Freedom Prize winner Khadija Ismayilova, as she celebrates her 40th birthday in prison.

This is a gathering of her friends and supporters to call for her unconditional and immediate release and to stand up for free speech where it is under threat.

Khadija will be marking her 40th birthday in prison on Friday, 27th May 2016. Arrested in December 2014, Khadija is serving a 7.5-year prison sentence in Azerbaijan on politically motivated charges of tax evasion, illegal entrepreneurship, and abuse of power.

The real reason for Khadija's imprisonment, however, is her work as an investigative journalist. For many years, Khadija has been one of very few journalists in Azerbaijan remaining willing to explore risky topics like human rights abuses and corruption among Azerbaijan's ruling elite. Her reporting shed light on many truths the Azerbaijani authorities would prefer to keep hidden, and she is paying a high price for her courageous work.

Khadija's arrest took place against the backdrop of an unprecedented human rights crackdown in Azerbaijan, as authorities worked aggressively to silence criticism and restrict the rights to freedom of expression, assembly, and association. She is one of dozens of political prisoners currently detained in Azerbaijani jails.

To mark Khadija's birthday and call for her immediate and unconditional release, CJFE is collaborating with the Sport for Rights campaign and other networks to coordinate a series of parallel protests in cities around the world. We are aiming for the symbolic number of 40 protests. Join us to help show Toronto's commitment to human rights and freedom of speech!

To learn more and confirm your attendance click here.

For more information and to request interviews, please contact: