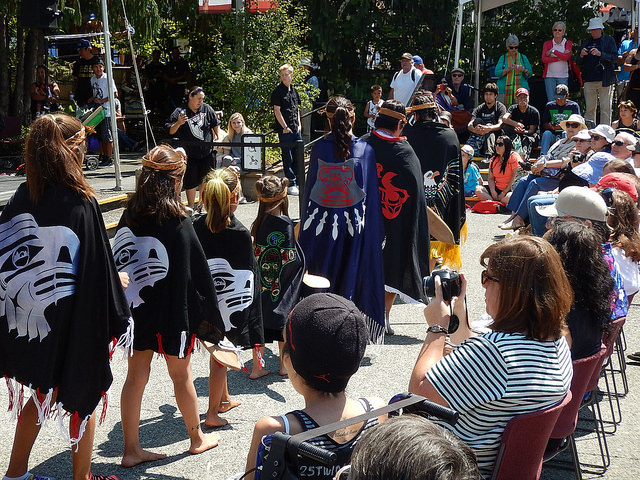 CJFE’s support gives our team at Discourse Media the resources to pursue an important project we’re calling the Diversity Source Network and Methodology. Our aim? To help break down barriers between journalists and underrepresented communities who don’t typically participate in dialogue with the news media, and to enable the collection and publication of data currently unavailable to Canadians.

The inspiration for our project sprung from Nancy Macdonald’s January 2015 article in Maclean’s—Welcome to Winnipeg: Where Canada’s racism problem is at its worst—following 15-year-old Tina Fontaine’s murder. Macdonald’s reporting revealed the deep-rooted racism that Aboriginal people in Canada deal with daily at the systemic and individual levels.

The article had an immediate impact. Winnipeg Mayor Brian Bowman created a task force to address the problem. 1000 high school students rallied outside the provincial legislature to signal they wouldn’t tolerate systemic discrimination. Rosanna Deerchild organized a series of intercultural events to break down racial barriers. And, most importantly, Aboriginal people in Winnipeg now report being treated differently by their neighbours.

There were many “Winnipeg-after-Tina-Fontaine” stories published in the months preceding Macdonald’s coverage. So what caused her reporting to have the impact it did?

We believe the distinction was how Macdonald reported the lived experiences of individual Aboriginal people and revealed new information that isn’t usually part of the national dialogue., which often lacks Aboriginal voices.

Her follow-up piece, titled It Could Have Been Me, shared first-hand accounts of resilience from 13 women who narrowly escaped being on the missing and murdered list. It was a powerful piece challenging the common media narrative that reduces these women to victims and reinforces negatives stereotypes about Aboriginal communities.

We were inspired by Macdonald’s reporting: it addressed a larger problem in journalism about representing community voices from the ground up. We journalists tend to reach out to sources who are accessible to us, those who are in leadership positions or participate in online forums like Twitter. As a result, the lived experiences of Canadians who are less likely to communicate through these channels are not expressed in the national discourse.

Our project with CJFE aims to make it easier for journalists to express these perspectives in their reporting. Through the Bob Carty Fellowship, we are developing an online platform to seed a network of sources who are willing to share their experiences and engage in a two-way dialogue with journalists. We believe that collaborations like this provide an important mechanism for achieving deeper reporting in a time of scarcity in journalism. We are also piloting the approach through a collaboration with Macdonald related to her ongoing investigation into systemic discrimination against Aboriginal peoples in Canada.

Stay tuned for a resource that describes ethics and best practices to support other journalists in applying our methods.