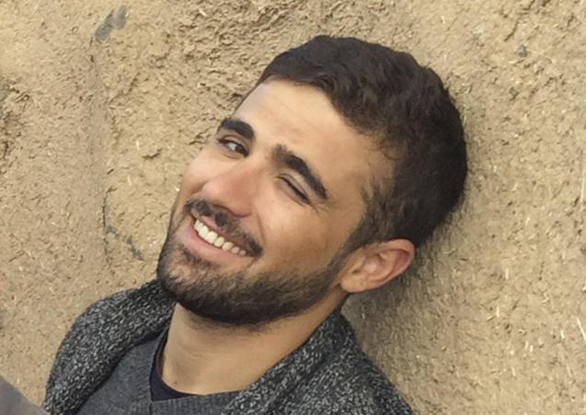 We, the undersigned free expression organisations, call for the immediate and unconditional release of Mohammed Ismael Rasool, an Iraqi fixer for VICE News. Rasool has remained imprisoned in Turkey on charges of “aiding a terrorist organization” for over two months despite the release of two British colleagues with whom he was initially detained.

Rasool, correspondent Jake Hanrahan, and cameraman Philip Pendlebury were all taken into police custody in the city of Diyarbakir, on 27 August while covering the current conflict in southeastern Turkey for VICE News. Specifically, they were reporting on clashes between Turkish security forces and the Patriotic Revolutionary Youth Movement, the youth wing of the outlawed Kurdistan Workers' Party (PKK).

The lawyer representing Rasool, Hanrahan and Pendlebury has stated that the police responded to a tipoff by an anonymous caller who alleged that they were assisting the Islamic State of Iraq and the Levant (ISIL). Following their detention, the journalists were questioned by anti-terrorism police, and on 31 August, all three were charged on baseless and false accusations using Turkey's broad anti-terrorism laws. On 3 September, Hanrahan and Pendlebury were released, while Rasool continues to languish in prison.

We add our voice to communities, organisations and governments around the world calling for Rasool's immediate release. A petition created by the Committee to Protect Journalists (CPJ) has obtained over 80,000 signatures so far, and PEN International, along with almost 80 writers, journalists and press freedom organisations, have published an open letter to President Erdoğan. The United States Department of State has also called on Turkey to uphold due process for Rasool.

From 19 to 21 October 2015, a joint emergency mission to Turkey was conducted to investigate the status of press freedom and free expression in the country. Representatives from international, regional and local groups involved in the mission found that the pressure on journalists operating in Turkey has sharply escalated in the time between the 7 June parliamentary elections, which resulted in a hung parliament, and the recent election held on 1 November. The mission determined that such pressure has severely affected the ability of journalists to report independently and freely, which may in turn have had a critically negative effect on the ability of voters in Turkey to share and obtain important information, and therefore engage fully in the democratic process.

Broadly worded anti-terror and penal code statutes have allowed Turkish authorities to conflate the coverage of banned groups like the PKK with terrorism or other 'anti-state' activity. As a result, journalists seeking to objectively cover PKK activities have often been imprisoned or obstructed. The use of these anti-state offense charges is just one way that the Turkish media is being intimidated and silenced in an increasing and long-term crackdown on legitimate journalism.

Media personnel must be allowed to operate freely without fear of unfounded persecution. We express solidarity with all of the journalists operating in Turkey, including Rasool and the other journalists imprisoned in the country. We, the undersigned, call on President Erdoğan and the Turkish authorities to drop all charges against Mohammed Ismael Rasool and ensure his immediate release. We further call for increased efforts to hold those responsible for violations of, and attacks on, free expression rights, and press freedom in the post-election environment and beyond.