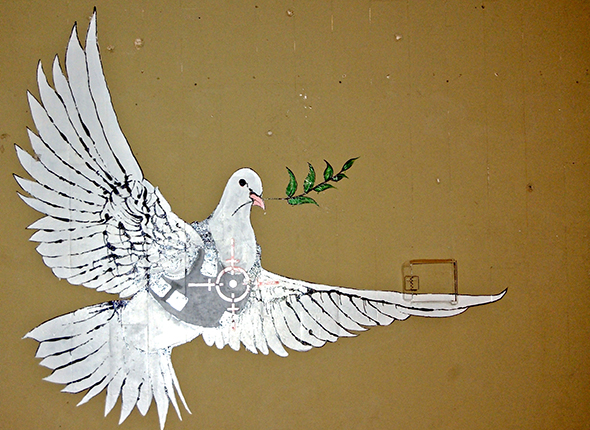 A series of disputes over state funding for the arts is exposing the fault lines in a “cultural war” between supporters of Israel’s new conservative government and the country’s largely left-leaning artists, and raising concerns for the state of free expression in Israel.

In an August 9 letter, the Israeli Attorney-General’s Office rebuked Culture and Sport Minister Miri Regev for violating freedom of expression guarantees after she froze funding to Al-Midan Theater in Haifa. The theatre had been a subject of dispute since June, when Education Minister Naftali Bennett withdrew the play A Parallel Time, then being staged at Al-Midan, from those approved for study by high-school students. The play tells the story of six prisoners in Israeli jails, including a militant imprisoned for the torture and killing of an Israeli soldier in 1984.

“The citizens of Israel will not fund plays that show tolerance toward the murderers of [Israeli] soldiers,” Bennett said in a statement at the time.

Regev, a member of Prime Minister Benjamin Netanyahu’s right-wing Likud Party, has made a number of uncompromising moves towards the artistic community in Israel. Earlier in June, Regev threatened to cut off support for Elmina Theatre after Israeli-Arab actor Norman Issa refused to perform with his troupe at a settlement in the Jordan Valley.

“If Norman does not withdraw his decision I intend to reconsider the ministry’s support for the Elmina Theater which he manages,” she said, according to The Jerusalem Post.

After meeting with representatives from cultural institutions, Regev announced she would re-examine the criteria for state funding of the arts, saying, “The government doesn’t have to support culture; I can decide where the money goes, the artists will not dictate to me.” Issa’s troupe in due course gave in to her demands. More than 2,000 Israeli artists subsequently signed a petition denouncing the actions taken by the government, and threatening to go on strike.

The leader of the social-democratic Meretz party, Zehava Gal-On, accused Regev of “seeking to silence artists, to limit art and to dictate policy to political subordinates. She does not have any understanding of democracy or freedom of expression.”

The dispute continued into July, as Regev threatened to cut off all funding to the Jerusalem Film Festival unless a documentary, Beyond the Fear, was taken off the program. The film follows the life of Igal Amir, who assassinated Prime Minister Yitzhak Rabin in 1995 over Rabin’s role in the Oslo Peace Process. The film, which has already been shown in several international festivals—including this year’s Hot Docs in Toronto—was kept in competition but removed from the main program.

The film’s selection had angered Israelis from across the political spectrum, including former President Shimon Peres, but the acquiescence of the festival to government pressure upset many in the Israeli film community, who worried about a precedent being set for political interference in artistic decisions.

Director and producer Shlomi Elkabetz withdrew from the competition jury in protest, tellingScreenDaily “[i]t was about not agreeing and playing along as if nothing had happened… Something has been broken in these last two weeks.”

Elkabetz is part of a growing number of Israelis worried about the gathering threat to artistic freedom in the country. An August 5 editorial in Haaretz, the left-liberal paper of record in Israel, warned of a “cultural war of gagging and censorship that has been declared against Israeli artists.”

An op-ed by Israeli journalist Ben-Dror Yemini pushed back against this rationale, arguing that it “confuse[s] freedom of expression with state funding. Oddly enough, those who use artistic freedom to harm the state think that the state has to fund them for some reason. When the state refuses, they start screaming about ‘a violation of the freedom of expression.’ Who violated? Where exactly is the violation? No one has silenced them.”

Yemini is of course right in one respect: the state is under no obligation to fund artists, and to withdraw funding is not a violation of legal rights to free speech. Yet it is incorrect to say that “no one has silenced them.” Regev’s threats to the Jerusalem Film Festival were made with the explicit purpose of silencing the filmmakers responsible for Beyond the Fear.

The use of official administrative actions short of outright bans to influence media or artistic output is known as indirect, or “soft,” censorship. A 2014 report by the World Association of Newspapers and News Publishers (WAN-IFRA) described soft censorship as an “increasingly pervasive and alarmingly effective means of media manipulation and control around the world.” One of the primary means by which this is achieved is through the “allocation or withholding of state media spending (subsidies, advertising, and other media contracts or assistance), or selective application of licensing, permits or regulations, to shape the broad media landscape” and the report noted that it is “especially devastating in times of economic instability.”

WAN-IFRA called for “the establishment of an independent body to administer and monitor all state funding to media” as a means to guard against soft censorship. According to the Attorney General’s office, this sort of legal protection already exists, as it noted in its letter to Regev: “under existing law, state funding to public institutions cannot be made contingent on the content of the creations displayed in these institutions.”

Even with these protections, cultural institutions that depend on state funding could easily see the hardships that have befallen the Jerusalem Film Festival and Al-Midan Theater and decide that financial survival depends upon them overlooking the next play or film that might rankle those who write the cheques. This sort of self-censorship and artistic chill is corrosive to the ideal of an independent media, a critical press and a vibrant cultural landscape.

The concerns of Israel’s artistic community go beyond arguments over the politicization of state funding to the arts. Another documentary, Shivering in Gaza, about post-traumatic stress disorder among Palestinian health workers in the aftermath of the summer 2014 war with Israel, was banned by municipal governments in the towns of Sderot and Beersheba following protests by right-wing activists.

Minister Regev, a former spokesperson for the Israel Defense Forces, has remained defiant in the face of outcry from Israel’s artistic community. In a speech to the Knesset, she pushed back against suggestions that her actions harmed freedom of expression in the country, insisting on the distinction between banning an artistic enterprise and not funding it. “Whoever wants to defame Israel can do it alone. We won’t block it, but we won’t fund it.” she said.

“What is the shouting about? That we expressed a clear stance, that the government of Israel will not use its cultural budget for plays or institutions or artists who boycott Israel? Is there something immoral about that, or does that harm freedom of expression?” Regev asked.

The Association for Civil Rights in Israel (ACRI) has criticized the statements and actions of Ministers Bennett and Regev, saying that they “foment a dangerous atmosphere that will deter artists from producing critical creations that do not align with the establishment view. It is the very ministers who are supposed to sanctify free expression and creation that are in fact sending forth a diametrically opposed message.”

“Though artists may stand at the forefront of this attack,” said Dan Yakir, Chief Counsel of the ACRI, “the threat is to Israeli democracy as a whole.”