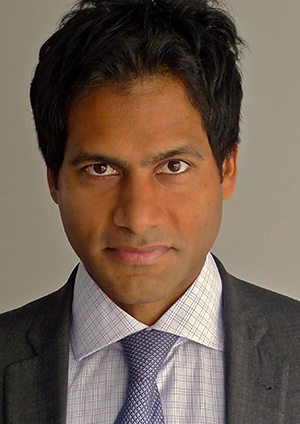 The Vox Libera Award is granted to a Canadian who has demonstrated an outstanding commitment to the principles of free expression and who has had made an important and sustained contribution—at home or abroad—to those same principles.

Jaffer was born in Kingston, Ontario and attended Upper Canada College before going on to the University of Cambridge and Harvard Law School. Now based in the U.S., Jaffer has become one of the preeminent critics of American national security policy and its infringement of citizens’ human rights at home and abroad; in addition to these issues, Jaffer’s work at the ACLU has focused on free speech, technology, targeted government killings and surveillance. Beginning in 2004, he successfully litigated a Freedom of Information challenge that forced the administration of former president George W. Bush to release the “torture memos,” which authorized the use of brutal interrogation and torture techniques against detainees during the War on Terror.

Most recently, the ACLU successfully challenged the legality of bulk phone call and data collection by the NSA at the U.S. Court of Appeals for the Second Circuit. Despite this, the Foreign Intelligence Surveillance court ruled on June 29 that the NSA could resume collection; the ACLU is currently seeking an injunction to block the program’s reinstatement. Jaffer is also leading a lawsuit by the ACLU, in concert with the New York Times, to obtain legal memos from the U.S. Department of Justice seeking greater transparency on drone strike operations.

While Jaffer lives in the U.S., he maintains that the issues he deals with at the ACLU are applicable to governments around the world, and urges that citizens “elect political leaders who understand the importance of respecting and protecting civil liberties.”