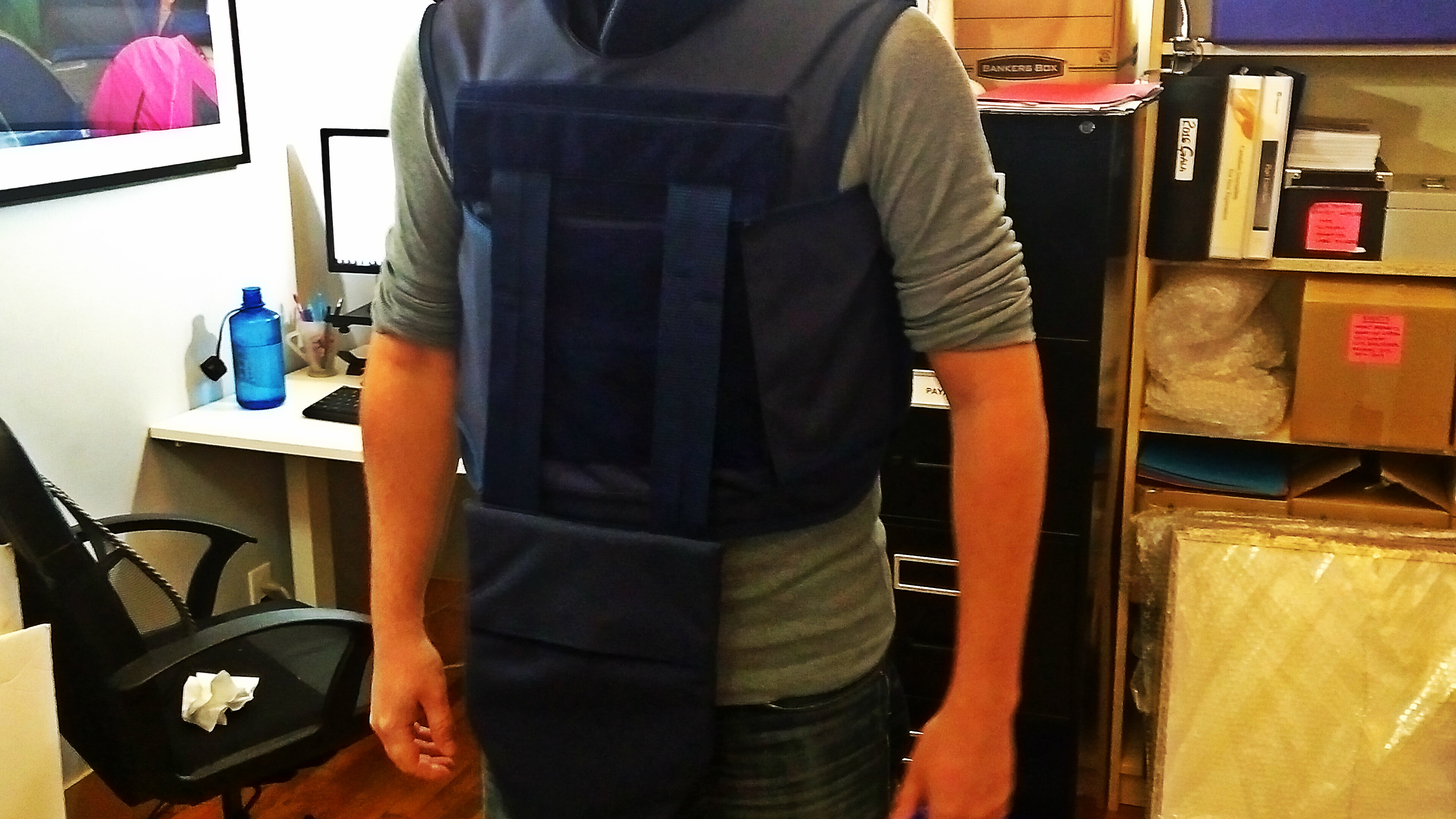 SafeGuard Armor sent a demonstrator vest to CJFE to assist with raising awareness about physical safety needs for journalists.

The last decade has seen an increase in attacks against journalists and, according to the Committee to Protect Journalists, 45% of all the killings of journalists since 1992 occurred in the last five years alone. This makes journalism today one of the most dangerous professions, and a proper level of protection is required for journalists to continue working to report in the public interest while remaining safe. With insurgency, rioting, wars and terrorist attacks growing at an alarming rate, members of the media who frequently report from points of conflict or cover riot or protest situations are in dire need of ways to stay safe in the field.

Protective vests can be a critical piece of equipment for helping journalists to stay safe, and body armor is steadily finding its way into their standard gear. While tactical vests have always been a standard part of the equipment of law enforcement and military, it is only in the past decade that they are becoming more mainstream for journalists as well.

One of the more pressing issues is that in order to save money, media companies have largely outsourced the newsgathering and reporting that takes place in the world's most strife-torn places. The result is often that young, inexperienced journalists with little to no training, safety equipment or insurance wind up risking their lives in the hopes of selling a story. While both body armour and insurance are increasingly affordable, most news outlets don’t provide these benefits to their reporters, so it’s often up to the journalists to know what kind of safety equipment, training and insurance they should have and procure it.

Many reporters, especially those working for small or independent media outlets, are unfamiliar with the benefits that body armour offers and how to shop for it—what styles to consider and how storage and use can affect the quality of their purchased gear. It’s important for journalists to understand how to select the proper style, type and level of carrier that’s best for them.

Bulletproof vests are graded by the U.S. National Institute of Justice. It is important to base the choice of protection on the most likely threats journalists expect to face.

Armour at Levels I through IIIA is known as soft armour. It’s very lightweight and protects against most commonly used handguns, which makes it best suited for urban settings where large, bulky carriers are too much of a hassle. Soft body armour is available in both overt and covert (concealable) styles; an overt vest is useful when a journalist would have to quickly put it on or take it off while a covert vest fits discreetly underneath clothes, providing protection without drawing attention.

Protection levels for ballistic-resistant vests range from soft Level IIA (ideal for low-level handguns that are commonly used in urban attacks, such as 9mm) to soft Level IIIA (ideal for high-powered handguns such as .44 mag). Higher caliber weapons, such as rifle rounds or armour-piercing bullets can only be stopped by hard armour plates manufactured from ceramic. These are rated at Levels III (e.g. standard AK-47 or 7.62 NATO) and IV (e.g. armour-piercing rounds such as .3006 AP) and are typically used by the military and personnel in war zones.

Additional coverage for the shoulders and groin can be fitted, offering more comprehensive protection. Journalists may find these offer greater flexibility as they allow them to carry the items they need in the additional pouches, and customize what they have with them at a given time.

While covert body carriers are more commonly used when reporting from urban areas and protests, overt vests are the better choice for high-risk environments. They are worn over clothing, are more durable than covert body armour, have extremely high protective qualities, and can even be upgraded to protect the upper arms, throat, neck, and groin. Even though this type of armor is heavier and bulkier, it is unmatched in the level of protection if offers and will hold up in the direst of circumstances, making it the choice of gear of military personnel and security operatives in war zones.

Journalists should take care to be fully equipped with gear appropriate to the situation. In extreme circumstances, this could involve wearing hazmat suits, carrying detectors, or ingesting oral tablets to block or act against possible biological, chemical, or nuclear agents. In combat zones, this could involve wearing body armour rated to withstand shrapnel and high-powered bullets. In cases of street clashes or violence, it could mean wearing an inconspicuous anti-stab vest.

The different types of body armour available cover all possible scenarios journalists could face. It is difficult for journalists to predict the type of threats they may encounter on the job, but recent events have made it clear that any type of gathering can turn violent quickly as altercations at protests escalate. Mass shooting incidents are also now more common, so a vest that protects against bullets as well as knives and sharp objects is often the best choice for urban reporters. Reporting from the scene of industrial or traffic accidents and high-crime areas is part of many journalists’ work and can pose a serious health and safety risk.

There are many types of ballistic-resistant vests available to journalists today. It is best to do some research and compare the different options of body armour based on your individual needs. Make sure you understand the vest’s protective capabilities and the threats you are likely to face before selecting a vest online. This way you can be sure you receive maximum protection while doing your job.

This article was provided for CJFE by SafeGuard Armor, a UK based provider of personal protective equipment which supplies Thompson-Reuters and the BBC. Safeguard also provided CJFE with a demonstrator NIJ IIIA plate carrier.