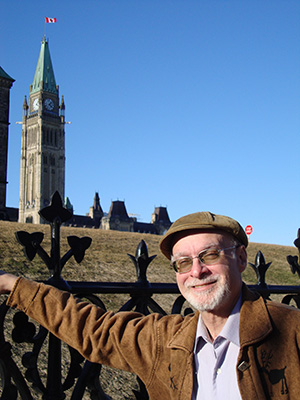 Inaugurated in 2015, the Investigative Award celebrates a journalist, investigative researcher or media worker who has made a significant contribution to advancing investigative public interest reporting in Canada.

Ken Rubin is an Ottawa-based public interest researcher, citizens’ advocate, writer and civil libertarian who has doggedly worked to reveal government misspending, secrecy, scandals and more for over 30 years, largely through the use of Canada’s ailing Access to Information (ATI) system. He has also testified before parliamentary committees and writes a column for The Hill Times on the right to know and open government.

Rubin describes himself as a “battle hardened [freedom of information] warrior.” He has filed and analyzed thousands of requests for public and personal government information; his records and research have been cited by journalists in countless reports on successive governments’ dubious policy decisions, misuse of taxpayer funds and more. Rubin is also a prominent critic of government secrecy and privacy and surveillance practices. In the course of his work with Canada’s ATI system, Rubin has become acutely aware of its many shortcomings and inefficiencies, which severely hamper the ability of Canadians to hold their government accountable. As a result, he has become a vocal advocate for ATI reform and also works as an “access consultant” for a variety of groups, providing advice on how best to navigate the system.

Many of Rubin’s federal court actions for freedom of information have been described as benchmark cases. He has helped promote improvements in freedom of information and privacy protection legislation in Canada, and shone a spotlight on ways in which flaws in the ATI system and in government record-keeping appear specifically designed to prevent citizens from holding officials accountable.

See Rubin’s website, where an archive of his research efforts is available.