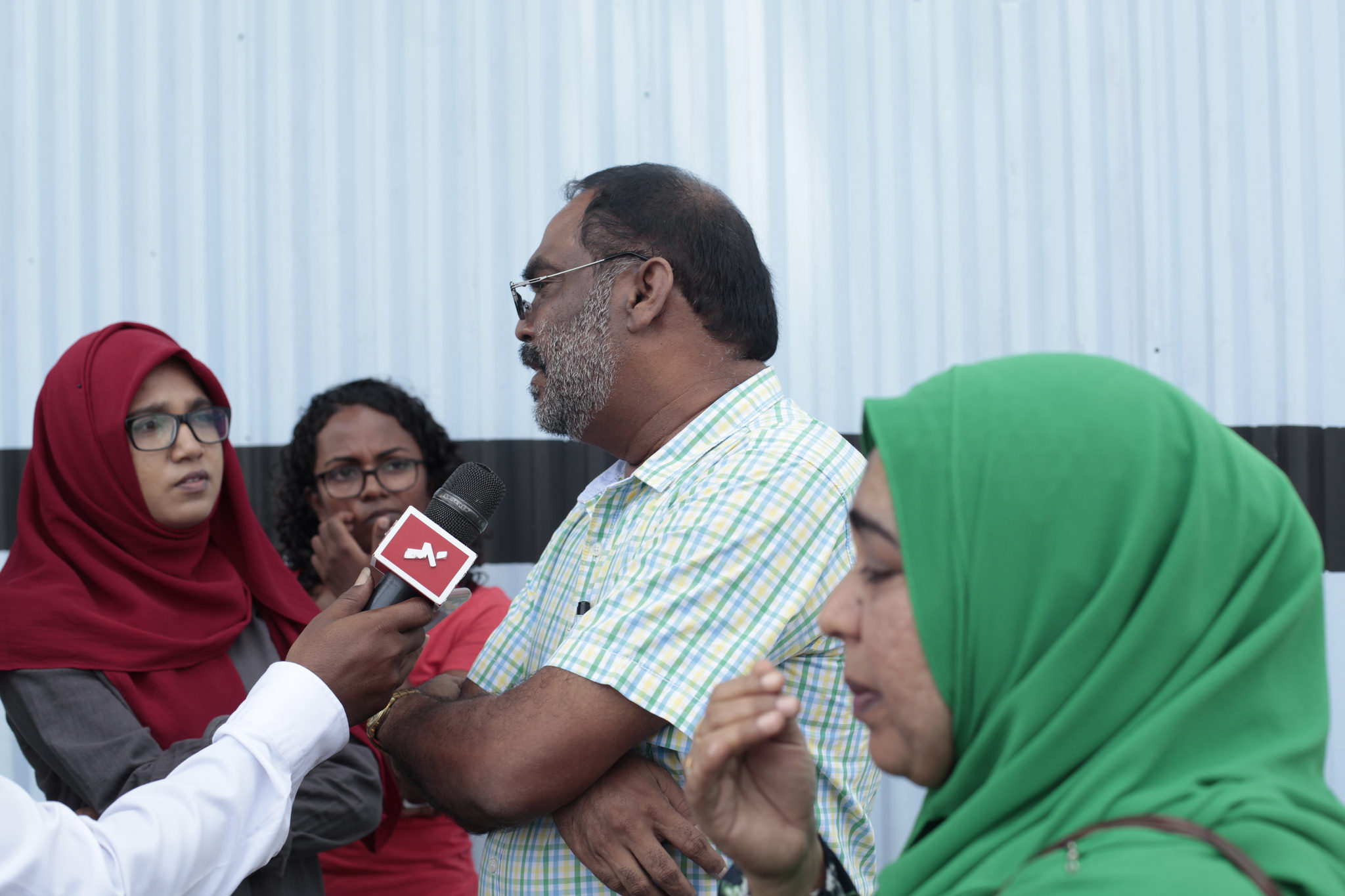 The following letter was sent to H.E. Mr. Ahmed Sareer, High Commissioner of the Maldives to Canada.

The undersigned civil society organisations write to you to condemn in the strongest terms the murder of internationally recognised Maldivian blogger Yameen Rasheed. We call on the government to take all necessary measures to ensure that the perpetrators of this heinous crime are brought to justice and to end the cycle of impunity for attacks on journalists, bloggers, and human rights defenders that has taken root in the Maldives.

Yameen Rasheed was an impassioned critic who reported on issues related to corruption, radicalism, and impunity, mainly through his popular blog The Daily Panic. In 2015, IFEX helped to support Yameen to speak out on these issues at the UN Human Rights Council in Geneva. His witty and relentless condemnation of systemic injustice earned him praise, but also drew the attention of religious extremists and government officials who felt threatened by his social and political commentary.

Yameen Rasheed had reported numerous death threats before his attack. The police refused to act on any of his complaints. Reports since his killing suggest that the crime scene had been tampered with before a thorough review of evidence could be carried out. Furthermore, the family of Yameen Rasheed has reported harassment by local police who sought to prevent them from making public calls for justice for the death of their son. Such troubling reports raise doubts about the authorities' commitment to ensure that a proper investigation takes place.

Yameen's case is emblematic of the growing intolerance for ideas and opinions that challenge the role of religion in society throughout South Asia. Similar to countries like Pakistan and Bangladesh, in the Maldives, harassment of individuals that promote moderate or secular views has been common, and is justified by both militant criminal groups and sympathetic politicians on the grounds that these ideas are “un-Islamic.”

Yameen is one of three recent high-profile cases of attacks on media personnel in the Maldives over the past five years. In 2012 Ismail Rasheed, a freelance journalist and human rights campaigner, barely survived after having his throat slit near his home in the Maldivian capital, Malé. In 2014, Ahmed Rilwan, journalist for Minivan News, was abducted from his office and remains missing to this day. Rilwan was a close friend of Yameen's, and much of Yameen's work was focused on finding justice for Rilwan's abduction. In all cases there has been a lack of adequate police investigation and response.

There are further causes for concern in the broader Maldivian free expression environment. The country ranks 117th out of 180 countries in Reporters Without Borders' 2017 Press Freedom Index, due in large part because of restrictive laws such as the 2016 “Protection of Reputation and Good Name and Freedom of Expression Bill”, which criminalises defamation based on an overly broad definition of the offence. Public threats have frequently been issued against independent media by politicians, criminal gangs and religious extremists and have helped to create a climate of hostility that has led to self-censorship. Imprisonment of journalists and activists is also a common tactic used to silence critical voices.

Yameen Rasheed's death should serve as a strong indicator of the need for immediate steps to protect space for dissent and debate in the Maldives, space that is threatened by draconian laws and impunity for attacks committed against individuals expressing controversial or adversarial opinions. As such, we call on the government to take the following measures:

Adil Soz - International Foundation for Protection of Freedom of Speech

Center for Media Freedom and Responsibility

FIDH, in the framework of the Observatory for the Protection of Human Rights Defenders

Programme Against Custodial Torture and Impunity

World Organisation Against Torture (OMCT), in the framework of the Observatory for the Protection of Human Rights Defenders