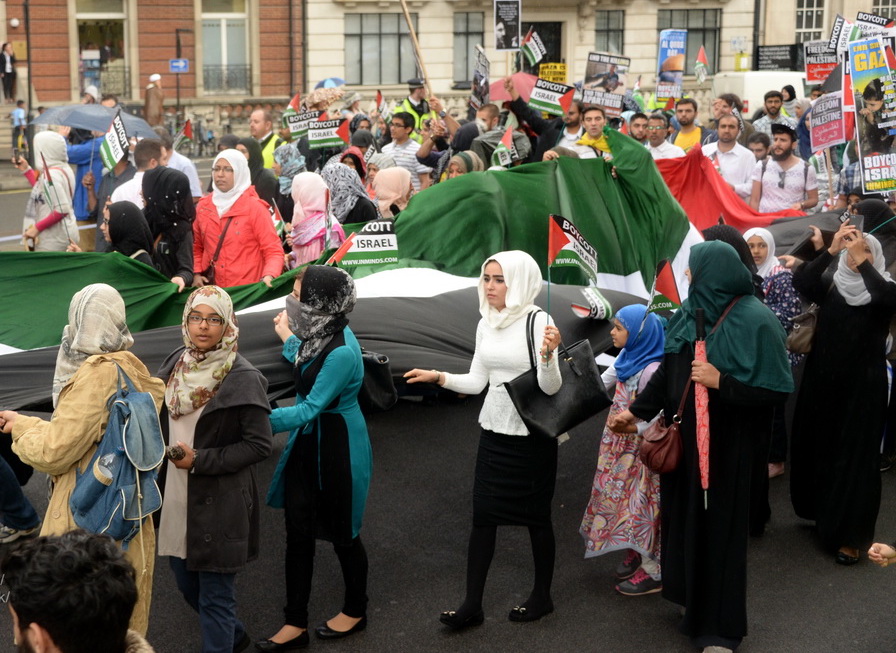 The suspension of a Palestinian activist and Mississauga school teacher continues after she participated in the annual Al-Quds Day protest at Queen’s Park in Toronto on July 2, 2016. Nadia Shoufani, who teaches at St. Catherine of Siena Separate School, gave a 10 minute speech at the rally, landing her in hot water with pro-Israel advocacy groups that lobbied for her suspension. The Dufferin-Peel Catholic District School Board (DPCDSB) is currently investigating Shoufani for her participation in the rally.

During her speech, Shoufani called for resistance against the Israeli occupation of Palestine, the daily execution of civilians, and the imprisonment of over 7,000 Palestinians in Israeli jails without charge or trial. For instance, Bilal Kayed was recently scheduled to be released from an Israeli jail after serving 14 and a half years for being affiliated with the left-wing Popular Front for the Liberation of Palestine (PFLP), but was sentenced to an extra six months of administrative detention without charge or trial. Kayed is just one of 750 Palestinians currently in administrative detention in Israel.

“When they steal your land and demolish your house, put all sorts of discriminatory, racist laws to push you out, build an apartheid wall to separate you from your land and family, when they arrest you, kill your family, your friends, well what do you do?” Shoufani asked at the rally.

“You have to have the right to resist.”

Despite having made legitimate claims about the Israeli occupation of Palestine and being protected under the Charter of Rights and Freedoms to do so, Shoufani was publicly accused of praising terrorists at the rally. B’nai Brith Canada, one of the groups that complained to the DPCDSB and police, also described the rally as a “hatefest,” alleging it allows for the open support of terrorism and incitement of anti-Semitism.

On August 17, a press conference was held at Queen’s Park in defense of Shoufani, at which retired McMaster University professor Graeme MacQueen spoke.

“This harassment is not about violence and terrorism, it's about preventing criticism of Israel," he said.

Several other academics and activists attended the press conference to express support for Shoufani, who was not in attendance. Activist Karen Brothers argued that Shoufani had the right to speak out about the current situation in Palestine.

“What Nadia Shoufani said on Al-Quds Day was very simple, which is that Palestinians have a legitimate right, given by the UN and international law, to resist the occupiers,” Atif Kubursi, a McMaster professor who also spoke at the press conference, told The Electronic Intifada.

Under international law, Palestinians do have the legal right to resist military occupation and fight for their freedom. And here in Canada Shoufani has the right to publicly and peacefully voice her opinions and political views.

The controversy surrounding the school teacher is not the only recent clash to make headlines between free speech rights, the BDS (Boycott, Divestment and Sanctions) movement, and the fight against anti-Semitism. In May of this year, the Ontario legislature voted down an attempt to prevent the provincial government from doing business with companies that support the BDS movement against Israel.

The ongoing conflict between Israel and Palestine is one of the world’s most charged and divisive problems. Free speech will inevitably play a role if a resolution to the conflict is to be found.

Bruce Campbell, spokesperson for the school board, told reporters that the DPCDSB is not certain when the investigation into Shoufani’s conduct will be completed.