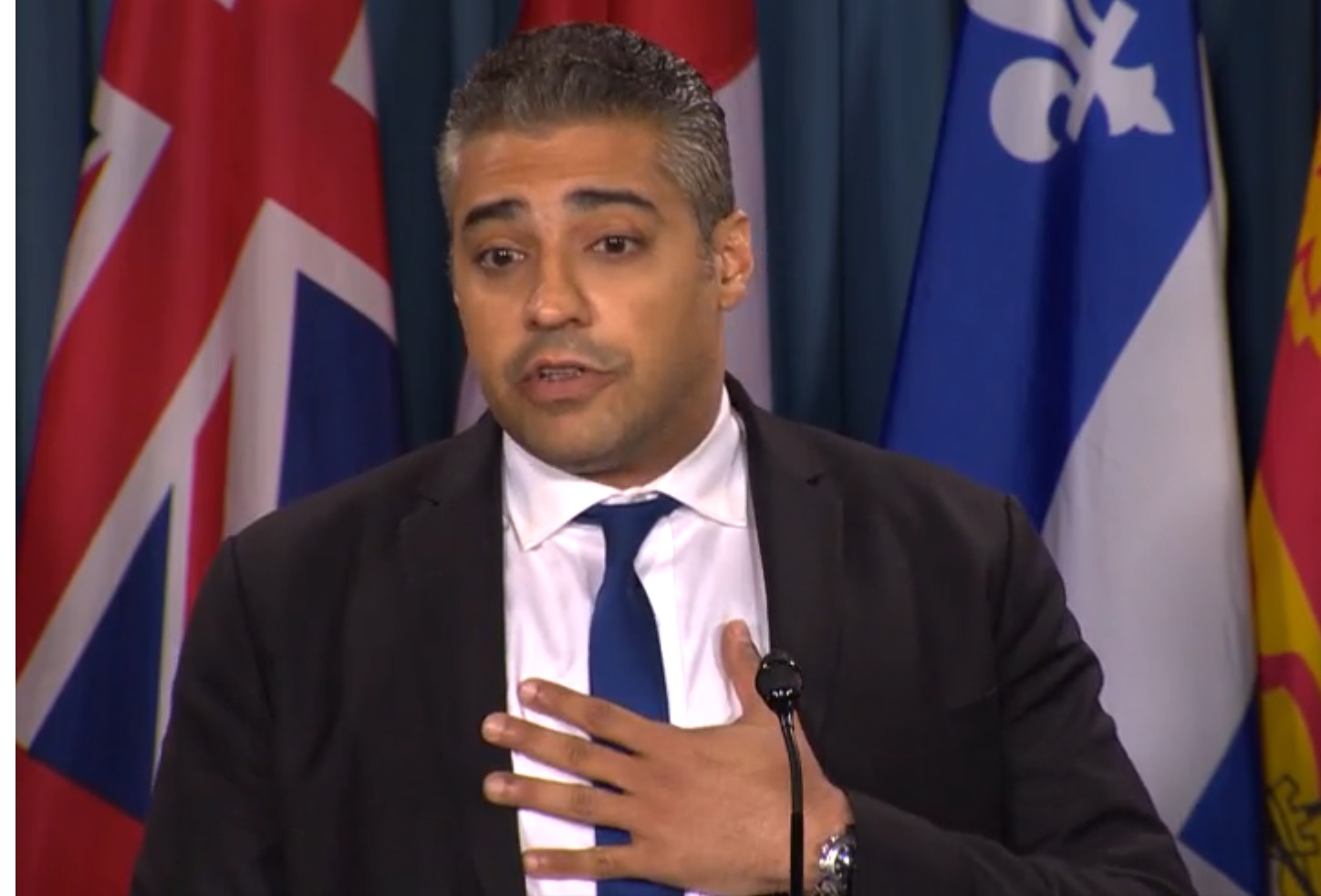 Last week in Ottawa, journalist and activist Mohamed Fahmy proposed a new Protection Charter to the Canadian government that would increase Canada’s intervention and support for its citizens and journalists detained or imprisoned abroad.

Developed in collaboration with Amnesty International and the Fahmy Foundation, this Charter lays out 12 practical steps for the government to reform and strengthen its mechanisms to protect Canadian citizens, permanent residents and individuals with close Canadian connections from serious human rights violations in other countries.

Mohamed Fahmy is a Canadian citizen who worked for Al Jazeera in Egypt when he was arrested with colleagues Peter Greste and Baher Mohamed in December 2013 on spurious charges that would see him spend 438 days in prison.

“Amidst the despair I felt while locked up in solitary confinement in an Egyptian jail, I hoped that Canadian officials would do everything possible and necessary to secure my freedom,” Fahmy said in the January 26 press release. “But at the highest levels of government I was let down and virtually abandoned. This Protection Charter proposes reforms that will help ensure that other Canadians do not endure the injustice and double standards I went through.”

CJFE has officially endorsed the Protection Charter, along with 14 other civil society organizations, 16 former detainees and relatives of current detainees, and 16 lawyers and former diplomats.

What does the Protection Charter propose?

Right now, the government is not legally obligated at all to help Canadians imprisoned abroad. This duty should be made law and a transparent, concrete guide should be developed to direct consular assistance. An independent office should then be established to review and oversee consular assistance—it is incredibly difficult right now to resolve concerns, for instance, that an individual may be receiving less assistance because of political, trade or other considerations.

Clear mechanisms must be put in place to ensure the government intervenes when Canadian journalists and media workers are imprisoned, tortured or murdered—often directly because of their work. The government should be taking action when our citizens face abuse from foreign states.

Do Not Compromise Canada’s Values

Officials must not acquiesce to unjust foreign laws or decisions, such as objectionable court-imposed travel bans. They must actively seek clemency for Canadians sentenced to death in any country.

Dual or multiple citizenship should never be used to excuse the government from taking action on behalf of its citizens. For cases of non-citizens with close Canadian connections, clear guidelines should be developed.

Officials should build an informal network of governments ready to assist each other with consular cases when the need arises. Too often Canada has to scramble to find those allies when its political clout is limited. Canada should also sign on to the United Nations’ Optional Protocol to the Convention against Torture. This would be an important step to instigating a system of international prison inspections that would expose conditions that lead to torture.

The review and oversight of our national security agencies must be strengthened to ensure they are not complicit in violating the human rights of Canadians imprisoned abroad. Remember when Maher Arar was deported to Syria and tortured on completely inaccurate suspicions of terrorism?

Canada’s State Immunity Act must also be amended to allow survivors of human rights violations and their families to take legal action against foreign government officials when serious abuses are committed against them.

Read the entire Protection Charter and watch the January 26 press conference in Ottawa.

Mohamed Fahmy joined CJFE’s Board of Directors in December 2015. View all of CJFE’s work on Fahmy’s imprisonment in Egypt on our #FreeAJstaff campaign page.