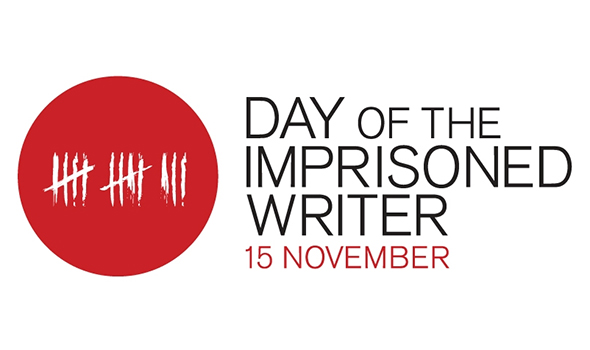 By Miles Kenyon From Nelson Mandela to Martin Luther King Jr, some of the world’s greatest political activists have been both writers and prisoners, with each part of this dual identity equally fueling the other. Today marks the Day of the Imprisoned Writer, a day created to draw stark attention to all those who have sacrificed their freedom because they have chosen to speak out against injustices in their society. Today is about recognition, action and change. Pen International has tracked upwards of 630 cases of persecuted writers in the first half of 2013 alone. Of those cases, 187 are still currently incarcerated. Each year PEN highlights a selection of individuals who are facing persecution because of their writing, and this year's focus is on freedom of digital expression. The list of featured writers for this year's Day of the Imprisoned Writer includes:

• Dina Meza, whose physical safety as a journalist has been threatened in her native Honduras; • Fazil Say, who caused a stir when he sent out tweets deemed to be “religious defamation”; • Zahra Rahnavard, held under unofficial house arrest because of her husband’s political activism; and • Kunchok Tsephel Gopey Tsang, a journalist currently serving a 15-year sentence for allegedly “disclosing state secrets.” • Rodney Sieh, the publisher and editor-in-chief of Liberian newspaper FrontPageAfrica, jailed for failing to pay libel damages

Political activists and writers on Canadian soil may be far less threatened than many of their international cohorts, but today is an opportunity for Canadians to reflect on the prisoner as author. According to the University of Ottawa’s Justin Piche, prisoners are doubly marginalized individuals. “First, these authors are marginalized by structures of domination (e.g. class and race) that shaped the circumstances leading to their forced confinement in human warehouses,” he writes in an upcoming article for the academic journal Qualitative Inquiry. “Second, these authors are marginalized in academic worlds and literary spheres where their contributions to knowledge are seldom recognized.” Imprisoned to silence their dissenting voices, authors such as those featured by PEN are being penalized for excercising their right to free expression.

In Toronto? Join PEN Canada and mark the day with a live painting to honour writers Nurmuhemmet Yasin, Eskinder Nega and Dina Meza. Visit Pen International for ways to get involved and help bring about change to the systems that oppress and confine writers all over the world. Miles Kenyon is a radio and digital journalist based in Toronto.