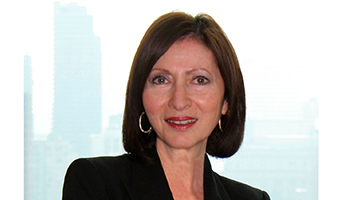 The relationship between these two rights can sometimes seem like a balancing act. What are your privacy rights online? How do they support, or interfere, with your free expression rights? Does the public’s right to information ever overcome an individual’s right to privacy? What kinds of difficult decisions do journalists face in deciding what private information to hyperlink to, or publish? With so many questions, we decided to put you directly in touch with some experts. Join us for our Q&A and have your questions answered live!

It's easy! The conversation will be broadcast live, right here. Tune in to the CJFE live blog at 6:00 p.m. on Tuesday, March 12. Ask your questions on Twitter using the hashtag #CJFElive, or submit them directly to the live blog via your Twitter or Facebook accounts or an anonymous profile. If you would like to submit questions in advance, you can send them to @canadaCJFE on Twitter using #CJFElive, or send them via email to [email protected] 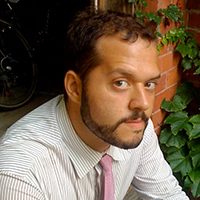 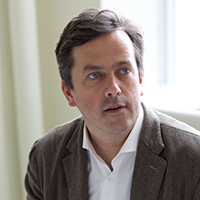 Wilf Dinnick is Founding Editor and CEO of OpenFile (currently on hiatus), a network of local online news sites. OpenFile is delivering the service of local journalism faster, easier and more effectively to communities. It is a collaborative news site. Your story is the news on OpenFile. You suggest a story, we assign the reporter and together we shape local news. As a foreign correspondent, Wilf had the good fortune to report from Pakistan, Afghanistan, and parts of Africa, Asia, and Europe and all over the Middle East. He covered the war in Iraq, Afghanistan's first democratic elections, the South Asia tsunami, the death of Pope John Paul II and the Orange Revolution in Ukraine. Wilf is an award-winning journalist and has worked for all three Canadian networks. He was also an International Correspondent for CNN and the Middle East Correspondent for ABC News. Wilf has had some amazing experiences, but co-founding OpenFile is far and away the greatest highlight so far. 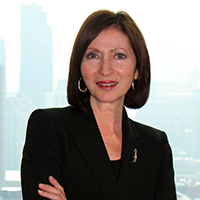 Ann Cavoukian, Ph.D. Information and Privacy Commissioner, Ontario, Canada Dr. Ann Cavoukian is recognized as one of the leading privacy experts in the world. Noted for her seminal work on Privacy Enhancing Technologies (PETs) in 1995, her concept of Privacy by Design seeks to proactively embed privacy into the design specifications of information technology and accountable business practices, thereby achieving the strongest protection possible. In October, 2010, regulators from around the world gathered at the annual assembly of International Data Protection and Privacy Commissioners in Jerusalem, Israel, and unanimously passed a landmark Resolution recognizing Privacy by Design as an essential component of fundamental privacy protection. This was followed by the U.S. Federal Trade Commission’s inclusion of Privacy by Design as one of its three recommended practices for protecting online privacy – a major validation of its significance. An avowed believer in the role that technology can play in the protection of privacy, Dr. Cavoukian’s leadership has seen her office develop a number of tools and procedures to ensure that privacy is strongly protected, not only in Canada, but around the world. She has been involved in numerous international committees focused on privacy, security, technology and business, and endeavours to focus on strengthening consumer confidence and trust in emerging technology applications. Dr. Cavoukian serves as the Chair of the Identity, Privacy and Security Institute at the University of Toronto, Canada. She is also a member of several Boards including, the European Biometrics Forum, Future of Privacy Forum, RIM Council, and has been conferred as a Distinguished Fellow of the Ponemon Institute. Dr. Cavoukian was honoured with the prestigious Kristian Beckman Award in 2011 for her pioneering work on Privacy by Design and privacy protection in modern international environments. In the same year, Dr. Cavoukian was also named by Intelligent Utility Magazine as one of the Top 11 Movers and Shakers for the Global Smart Grid industry, received the SC Canada Privacy Professional of the Year Award and was honoured by the University of Alberta Information Access and Protection of Privacy Program for her positive contribution to the field of privacy.
Free Expression: Canada Access to Information Digital Issues Privacy type-feature type-blog_entry
Do you like this page?
Tweet