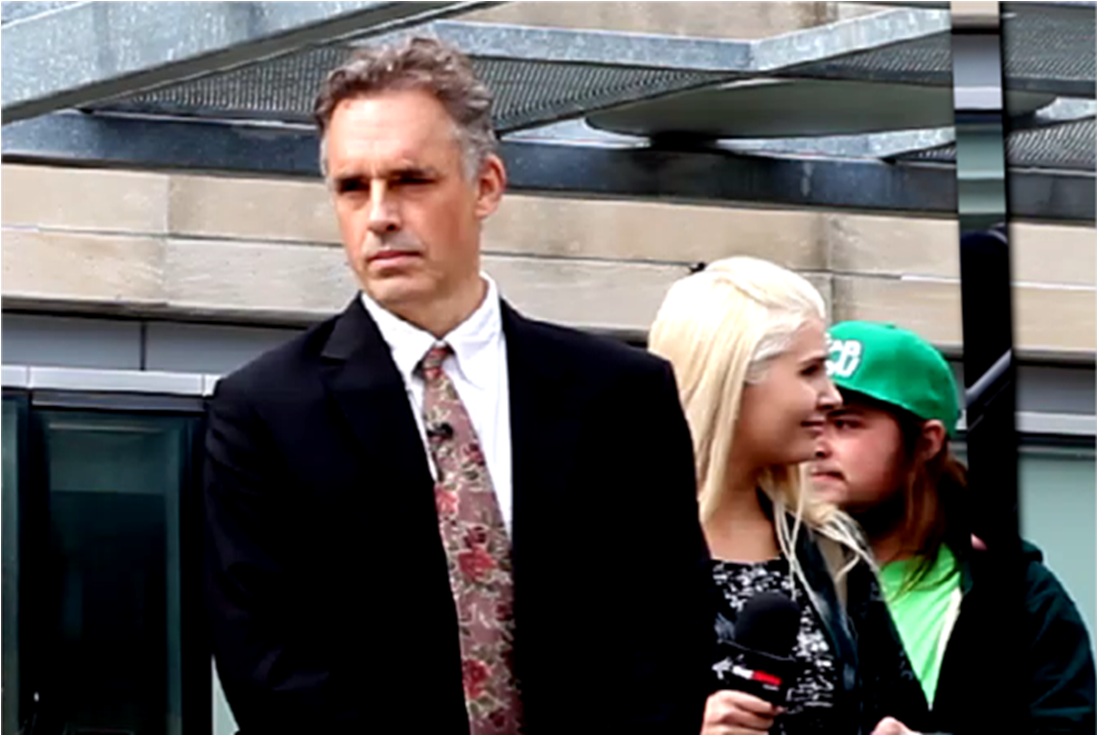 Whether Lindsay Shepherd knew she was about to take a starring role in the culture war of 2017 or not, the Wilfrid Laurier graduate student and teaching assistant probably had some idea of what she was heading into. Facing a tense disciplinary meeting involving her professors and a university administrator, she showed up with a powerful set of talking points and a hidden audio recorder.

Shepherd had played a short video clip from TVO’s The Agenda in the communications class she was assisting in to set the framework for a discussion about the clip’s content. The focus of this discussion seems to have been on the use of preferred pronouns to accommodate members of the transgender community. Controversy arose when a student or students complained about the opinions expressed in the clip and indicated that they felt threatened by subsequent ‘neutral’ guided discussion.

The video clip in question featured controversial University of Toronto Professor Jordan Peterson sparring in a panel debate about trans identity and language. Peterson, a middling academic from the University of Toronto armed with the Midas touch of controversy has become the bellwether of a burgeoning social conservative flock. He has built this position primarily through rambling YouTube videos and his refusal “to speak the language” (such as the shockingly confusing ‘they’ and ‘them’) that validates non-binary and trans identities. Just please don’t tell him ‘you’ was once the plural form of the second person pronoun. Peterson is certainly an appropriate topic for a communications curriculum.

The disciplinary meeting Shepherd was subjected to was many things, none of them good. The professors operated from a position of extreme strength. They were blind to the political context of their discussion. The university administrator showed themselves to be ignorant of the law and the Charter of Rights and Freedoms. It was hyperbolic and hostile; Hitler was invoked as an example of a position on which there could be no neutrality. It’s clear from the audio clip, which Shepherd furnished to sympathetic journalists, that the whole process was a dumpster fire—but crucially, was it censorship?

Her supervising professor, Nathan Rambukkana, reserves the right to determine what material is taught in his classes. The university cannot control what a professor wishes or does not wish to teach their students. There is room in this case for a serious debate about academic freedom which has thus far been wholly excluded in favour of irresponsible outrage and vitriolic partisanship.

Should teaching assistants be allowed to teach their own chosen material in the name of academic freedom? Can graduate students properly determine the best way to approach controversial course material without adequate consultation, or can those same novice educators be expected to responsibly teach fringe and dissenting opinions like climate denial, trans-identity denial or 9/11 conspiracy theory as ‘neutral’ points of discussion? How do people who answer ‘yes’ to those questions feel about mandatory academic processes such as peer review?

The approach the disciplinary panel took has since provoked an apology from the school and an open letter from her professor. Both acknowledge for their part that there were problems with the process. The incident has also provoked a storm of media coverage. Every media outlet with a single dissenting conservative on its editorial board has spent the last week publishing tedious editorials about the full-blown assault on free speech being driven by the left on university campuses. Even stalwart voices in the opinion columns of the political left have acknowledged, “OK, this is bad.”

And on cue, an army of partisan bloviators have taken to the broadsheets, tabloids, YouTube monologues and Facebook comments everywhere eulogizing academic freedom, free speech and the free Canada they once knew.

Which ideal Canada was that again? The Canada that presided over mass arrests of more than 1000 people at the 2010 G20 in Toronto? The Canada that passed the advocacy-chilling Bill C-51 in 2015? The Canada that authorized politically motivated audits of nonprofits and charities over the last decade? The Canada that spied on at least 11 journalists in Quebec? How many of those expressing outrage over the Laurier incident spoke up in those other glaring cases?

Censure, censorship and overzealous enforcement aren’t themselves emblematic of either the right or the left. Justice isn’t a partisan process, but there are many who would have it that way. The Laurier incident is alarming, not because ‘free speech’ is any more under attack now, but rather because political ideologues have seized on free speech as a ready-made political weapon to defend their views and cudgel their enemies.

Here are some choice quotes Shepherd gave The Record, a Waterloo region publication, after going public with her complaint:

"If this trend continues of radical leftist indoctrination, I'm not really interested in being a part of that."

“They [universities] are echo chambers for left-wing ideology."

It’s undeniable at this point that Shepherd holds undisguised partisan views in line with those expressed by Jordan Peterson, contrary to her assertions she made when being interrogated by her professors. In this context, the reaction of the university staff who interrogated her, while inexcusable, is also understandable.

If there is a regrettable trend toward overreaction and censure in academia, it is happening in response to a regrettable trend of selectively feigning support for ‘classical liberal’ virtues like free expression while simultaneously advocating against the rights or personhood of entire marginalized communities. It’s the political equivalent of a wolf in sheep’s clothing.

For people like my good colleagues at CJFE who are earnestly interested in defending free expression on moral and philosophical grounds, this is a grim new trend. The bulk of reportage around this incident, and indeed around free expression in general, has been woefully blind to this new dynamic. When it comes to controversies in the ‘culture war,’ free expression is often the first weapon of choice when invoking talking points and subsequently, it often becomes the first casualty.

As Andrew Scheer, the leader of the Conservative Party of Canada, opines to the media about how he has been proved right about the perilous state of free speech on campus, it becomes increasingly clear that a large part of contemporary political strategy is built on instrumentalizing these moments. This is the dyed-in-the-wool outrage that gets clicks on fundraising emails and sends voters to the polls. That same outrage does nothing to address the real, more serious threats to free speech coming from those who hold the most power in society.

'Free speech' is quite ironically becoming a catch-all political slogan invoked in order to silence a huge range of discourse, counter-speech and grassroots opposition. If we continue to ignore the trend, political fracture points (and free expression non-issues) such as anti-Islamophobia Motion 103 or trans-rights Bill C-16 will continue to be the loudly ringing bells around the necks of bellwethers like Professor Peterson. Because the tactic is yielding political results, those bellwethers can be expected to continue bleating ‘free speech’ as they lead their flocks to the shearing shed.