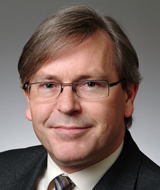 Philip Tunley joined the CJFE Board in 2005. His expertise as a lawyer has provided guidance and recommendations on the most effective strategy to battle free expression issues within the legal framework. Among these issues was the formal confirmation of CJFE as manager of IFEX. Philip is a member of the Canadian Issues Committee, a past member of the Personnel Committee, a former CIFET Trustee, and served on the Executive Committee as the Vice President from 2007 to 2009. From his perspective, the staff and Board have made progress in pulling together in terms of the structure and governance of CJFE since 2005. In the future, Philip would like to see Board members deal with fewer administrative matters, and spend more time on their core mandate and commitment to advocating for the right to free expression. Philip served from 2004 to 2009 as a member of Metro Toronto Committee of the prestigious Judicial Appointments Advisory Committee. The Committee was established to improve the process of recommending candidates for the Federal judicial appointment. This Committee provides a rigorous vetting process to evaluate the credentials and other characteristics qualifying candidates to be judges. The Committee's recommendations cover the Superior and Federal trial courts and Courts of Appeal. Members of the Committee are appointed by the Federal Minister of Justice, in Philip's case as the nominee of the Attorney General of Ontario, however the Committee operates at arm's length and independently of both the Federal and Provincial Governments. Philip served two terms on the Committee, over a total of five years. 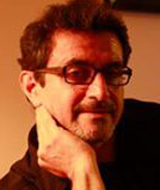 Journalist, poet and translator Morteza Abdolalian has spent much of his academic and professional career abroad. In the late 1970s and early 1980s, during the struggle against the Iranian regime, he left Iran to continue his education in the Philippines. His articles in the university newspaper Dawn that were critical of Guards on campus resulted in him being blacklisted and cautioned by security for expulsion from Philippines. He also worked for the Iranian students' publication Akhgar. When he returned to Iran in 1982, he was arrested at the airport and transferred to Evin prison. After Morteza was repeatedly persecuted, re-arrested, imprisoned and, on one occasion, kidnapped on the streets of Tehran, he decided to flee the country and go back to the Philippines where he continued to write about the political and human rights situation in Iran. When the Philippines again became unsafe for him, he moved to Japan, where he worked as a reporter for an Iranian political newspaper, then settled in Canada in 1989 where he has carried on with his advocacy of human rights in Iran. He is a member of the Oakville Writers' Group and Pen Canada's Writers in Exile Program, and contributes to several local Iranian publications. Morteza currently runs a blog called Iran Watch Canada which monitors daily human rights violations in Iran. Morteza joined the CJFE Board in 2002. He is very active with CJFE, and he is a member of the CIFET Board of Trustees. Having been blindfolded at gun point, imprisoned and kidnapped from the street, he likes to use his position to help journalists in distress around the world and to develop the multicultural diversity of the Board. 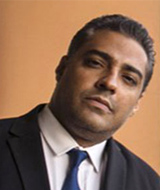 Mohamed Fadel Fahmy is an Egyptian-Canadian award-winning journalist and author. Fahmy has worked extensively in the Middle East, mostly for CNN. He covered the Iraq War in 2003 for the Los Angeles Times, entering Iraq on the first day of the war. Upon completion of his one-year mission, he authored his first book, Baghdad Bound. In 2007 he completed a one-year mission as a protection delegate for the International Committee of the Red Cross, protecting the rights of political prisoners, the missing and refugees in Beirut-Lebanon. In 2011 he won the Peabody Award for his reporting with CNN and its coverage of the Arab Spring. In the same year he won the Tom Renner Investigative Reporting Award for producing the documentary Death in the Desert for CNN's Freedom Project series. He co-authored Egyptian Freedom Story, a photo documentary of the January 25, 2011, revolution.

In September 2013, he accepted a new post as the Al Jazeera English Egypt Bureau Chief. Fahmy received the Canadian Commission World Press Freedom Award and a certificate from the UNESCO in 2014, and in 2015 he received the Royal Television Society Awards in London, the International Association of Press Clubs Freedom of Speech Award in Warsaw and the Liberty Victoria Voltaire Award in Australia. He founded the Fahmy Foundation for Free Press in 2015 to help imprisoned journalists worldwide. Upon his arrival to Vancouver, Fahmy accepted a job as an adjunct professor at the University of British Columbia. 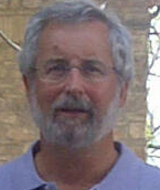 Peter Jacobsen is a founding partner of the firm Bersenas Jacobsen Chouest Thomson Blackburn LLP and has over 30 years of experience in practice as a litigator and provider of legal advice. A graduate of McGill University, Peter practices mainly in the areas of defamation law, media law, administrative law and constitutional law. He is a seasoned litigator and has significant experience in trials, appeals and judicial reviews at all levels of court and before numerous administrative tribunals. Peter is rated as one of the best lawyers in Canada in the specialty of Defamation and Media Law in the most recent editions of The Best Lawyers in Canada. He provides regular pre-publication advice and defends defamation actions for major media print and electronic outlets and their insurers, book publishers and their insurers, and individual authors and editors. He also represents plaintiffs and as well as national organizations. Peter has participated in several pivotal cases that have advanced freedom of expression in Canada involving libel and slander issues, free press rights, access to courts, publication bans, sealing orders and subpoenas to journalists and editors. He has also appeared in several significant cases at the Supreme Court of Canada. Although his practice consists largely of defending freedom of expression either through Charter applications or defending defamation cases, he maintains a vigorous plaintiff's practice where to do so would not involve media interests. Peter has worked and volunteered with many organizations including the International Bar Association, Ad Idem/Canadian Media Lawyers Association, Advisory Board of OntarioNewsWatch.com, the Toronto Arts Council, the Toronto Arts Council Foundation and the Writers' Trust of Canada. He has also served as Ontario Chief Negotiator - English - Wabagoon Mercury Pollution Negotiations (1984 - 87); 1850 Treaty Negotiations (1990 - 1994); Grassy Narrows Mediation (1990 - 1994). 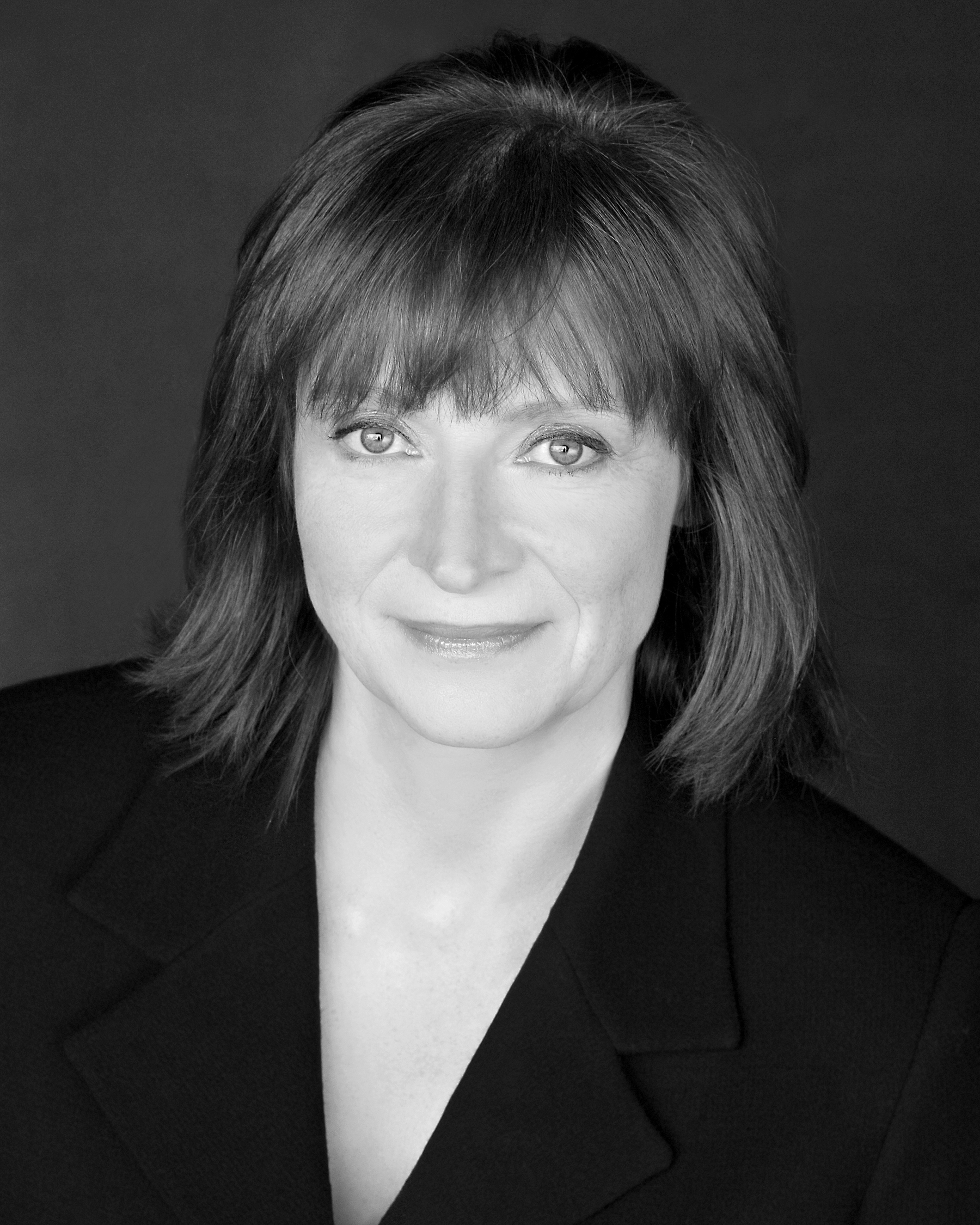 Suzanne Legault is the former Information Commissioner of Canada. She is recognised nationally and internationally as a leader in the field of information rights. During her tenure, Suzanne oversaw the completion of over 15,000 investigations under the Access to Information Act and provided the strategic direction on multiple precedent-setting litigation, dealing for instance, with the control of records in Ministers' offices and the exclusion from disclosure of records held by the CBC. She tabled several Special Reports to Parliament, including a comprehensive road map to modernize the Access to Information Act. She was at the vanguard of the Open Government movement in Canada. Suzanne has worked tirelessly to assist countries worldwide to promote and protect information rights as a fundamental human right and a key pillar of democracy, in collaboration with the Organization of American States, the World Bank, the Carter Center and Global Affairs Canada. In recognition of her contribution, she was awarded the Spencer Moore Lifetime Achievement Award and the Canadian Open Data and Social Justice Award. Suzanne is a lawyer whose prior work was in competition law and criminal law. At the Competition Bureau she was the Deputy Commissioner responsible for legislative and parliamentary affairs. She is a frequent speaker at conferences in Canada and abroad and has appeared numerous times before parliamentary committees. Suzanne is a seasoned senior executive with a proven record of good governance dealing with labour relations, financial administration and audit and evaluation. 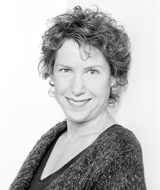 Alice Klein is the co-founder, editor and CEO of Toronto's NOW Magazine, a free alternative news and entertainment weekly with a circulation of over 385,000. As a writer, Alice's current focus is on the economy and the environment. She also dabbles in documentary filmmaking. Call of the Hummingbird (2007), her first film, was an official selection at the SXSW Film Festival in Austin and Toronto's Hot Docs International Film Festival. She is also on the Board of the Toronto Arts Council, the Centre for Social Innovation and Green Enterprise Toronto. Since joining the board, Alice has been instrumental in CJFE expanding its web and social media presence. She was elected President of the CJFE Board in 2015. 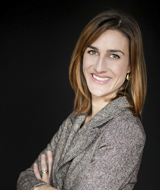 Caroline Locher is the Director General of Quebec's federation of professional journalists (FPJQ), Canada's largest association of journalists with roughly 2,000 members. The FPJQ defends press freedom and the public's access to information in Quebec. It offers training and support to journalists and issues professional press cards. Caroline previously spent 10 years working as a journalist in the UK, France and Canada.  The greater part of her career was with the BBC World Service in London, whose mandate is to provide impartial information to listeners around the world, including in countries where there is no free press. As a broadcast journalist in international news, she worked both in the newsroom and on award-winning programmes such as Newshour. Caroline edited the daily news programme Europe Today and was responsible for "big bids," planning the BBC World Service's major interviews. She travelled through Europe for the BBC, including a station at the European Commission in Brussels as the multi-platform producer during a European Union Summit.

Caroline moved briefly to Paris in 2007 for the launch of France24, the live 24-hour television network, as a bilingual reporter before returning to the BBC in London. After 6 years in Europe, she returned to Montreal and worked at Radio-Canada as a reporter and at the CBC as the producer of the breakfast radio show. Caroline has a graduate diploma in journalism from Concordia University and a Bachelor of Commerce from McGill University. She is a recipient of CBC's Joan Donaldson scholarship. Before becoming a journalist, she worked in business management. 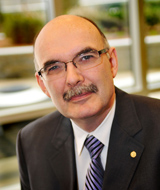 Frank Switzer is Vice-President of Corporate Communications at Sun Life Financial, overseeing the enterprise-wide internal and external communications and media relations functions. He is a member of Sun Life’s International Marketing Centre. Frank joined Sun Life in 2009, bringing 30 years experience in communications and media relations in government, corporate and financial services. He started his career as a broadcast journalist for a number of Canadian news outlets, and has served as a communications advisor to an Ontario cabinet minister and as Press Secretary for the Official Opposition in the Ontario Legislature. Frank also worked in corporate communications for an infrastructure development company and was Director of Communications for the Ontario Securities Commission. Prior to joining Sun Life, he was Director of Public Affairs for Scotiabank Group. Frank holds a Bachelor of Journalism degree from Carleton University, and is a member of the Salvation Army Advisory Board for the Ontario Central East Division. "As a former journalist, with many friends and former colleagues still in the business, serving on the Board of CJFE is an opportunity for me to give back to a craft that I am still passionate about. As an officer at a Canadian-based multinational corporation, I'm pleased I can assist an organization that promotes freedom for the news media. It's a cause that contributes to stronger, more stable local institutions, and helps to create and maintain an environment for economic growth and social justice in countries where Canadian firms do business."