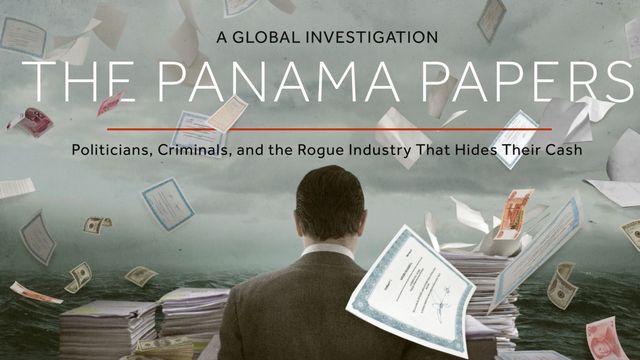 When millions of internal documents from the Panamanian law firm Mossack Fonseca were leaked to German newspaper Suddeutsche Zeitung (SZ) in 2015, editors at the paper realized that they needed help to effectively analyze and report the information revealed in the leak. SZ approached the International Consortium of Investigative Journalists (ICIJ), and soon journalists from more than 100 media outlets based in 80 countries were poring over the data. Much of it detailed sensitive financial and legal information about offshore companies, shell corporations and what appeared to be connections with high-ranking public officials, celebrities and business leaders in dozens of countries.

After more than a year of investigation and analysis, on April 3, 2016, a coordinated push by major media outlets saw dozens of news stories about the Mossack Fonseca documents—by then dubbed The Panama Papers by journalists and editors—published on the homepages of news websites and front pages of newspapers around the world. This simultaneous release of Panama Papers stories was a deliberate tactic chosen by news publishers, one meant to cut through the noise of the 24-hour news cycle and impress the significance of both the information contained in the Papers and the unprecedented nature of the leak itself on the global consciousness.

While this coordinated publishing strategy was effective and impressive, there is a paradox at the heart of the story of the Panama Papers. That hundreds of journalists leveraged a global network of media outlets to focus the world’s attention on one story is historic—but it is in stark contrast to how the Mossack Fonseca documents really came to light: through the courageous and selfless actions of a single whistleblower. We cannot afford to forget this.

Journalists, even those affiliated with major Western news organizations, face real risks to their freedom and safety every day. But in democratic societies, members of the media also benefit from certain cultural protections; we expect journalists to expose corruption, investigate criminality, challenge power and impartially seek the truth, even at a personal price, and in return they are often less likely to be persecuted for these risky actions.

Whistleblowers, on the other hand, do not experience this cultural leeway and rarely benefit from legal and public protections. They routinely suffer for the revelations they uncover: they are persecuted, marginalized and threatened for telling the truth. Even if they are vindicated by the courts or public opinion for their actions, whistleblowers and activists continue to be permanent targets of repression, acting as highly visible examples of the consequences that result from ‘not playing by the rules.’

While the true identity of the person who leaked the Mossack Fonseca documents is not known, the individual—referred to as John Doe in the media—has since released a statement, titled “The Revolution Will Be Digitized,” explaining the motivations behind the leak. Rising global income inequality and the role of firms like Mossack Fonseca in perpetuating legal structures that can be used to facilitate tax evasion and fraud prompted John Doe to leak the firm’s documents to the media. John Doe spoke about the fates of fellow whistleblowers who have shed light on criminality and government overreach through the publication of sensitive documents, including Edward Snowden, who has called the Panama Papers “the biggest leak in the history of data journalism.”

The parallels between Snowden and John Doe are clear, but the two whistleblowers differ in one major way: Snowden’s decision to transition from anonymity (after communicating using the moniker citizenfour) to revealing his true identity separates him from those, like John Doe, who choose to remain anonymous. While Snowden’s choice was intended to provide legitimacy to his actions as an activist and whistleblower, John Doe can hardly be blamed for concealing his or her identity.

Whistleblowers in the West and around the world can suffer some of the harshest treatment meted out by governments against their own citizens. For leaking documents that revealed what appeared to be war crimes committed by U.S. soldiers in Iraq and Afghanistan, Private First Class Chelsea (then Bradley) Manning received a 35-year prison sentence. Snowden, for revealing unconstitutional surveillance of American civilians by the NSA, was prosecuted under the Espionage Act of 1917 by the Obama administration and is currently in exile in Russia. These are just two of the most visible examples of how governments punish those who reveal uncomfortable details about what is going on behind the interwoven curtain of government and industry.

When governments that claim to operate according to the rule of law ruthlessly prosecute those who reveal illegal or unsanctioned activity, the principles of justice have been inverted. In the statement, John Doe writes:

“Legitimate whistleblowers who expose unquestionable wrongdoing, whether insiders or outsiders, deserve immunity from government retribution, full stop.… I call on the European Commission, the British Parliament, the United States Congress, and all nations to take swift action not only to protect whistleblowers, but to put an end to the global abuse of corporate registers.”

The unfortunate tradition of handing down harsh punishments to government whistleblowers is alive and well in Canada, where activists are not immune to retaliation for taking action in the face of malfeasance. In 2013, Canadian federal fraud investigator Sylvie Therrien was suspended without pay for leaking documents that showed that she and other fraud investigators had been ordered to meet savings quotas of $485,000 per year by denying Employment Insurance claims. In 2007, an employee of Environment Canada was arrested and intimidated by the RCMP for allegedly leaking documents showing that the federal Conservative government was planning to exit the Kyoto Accord; he was later released without charge.

The injustices faced by whistleblowers in the West and around the world are unacceptable and must be challenged in the courts and our public policy arenas. CJFE will continue to advocate strongly for whistleblower protections that recognize the vital role that these activists play in ensuring an open, transparent and democratic society. In particular, CJFE focuses on promoting whistleblower rights and protections in Canada, to ensure that those who have the courage to stand up to power are not persecuted by the very systems they sought to improve—or forgotten by the citizens they tried to protect.