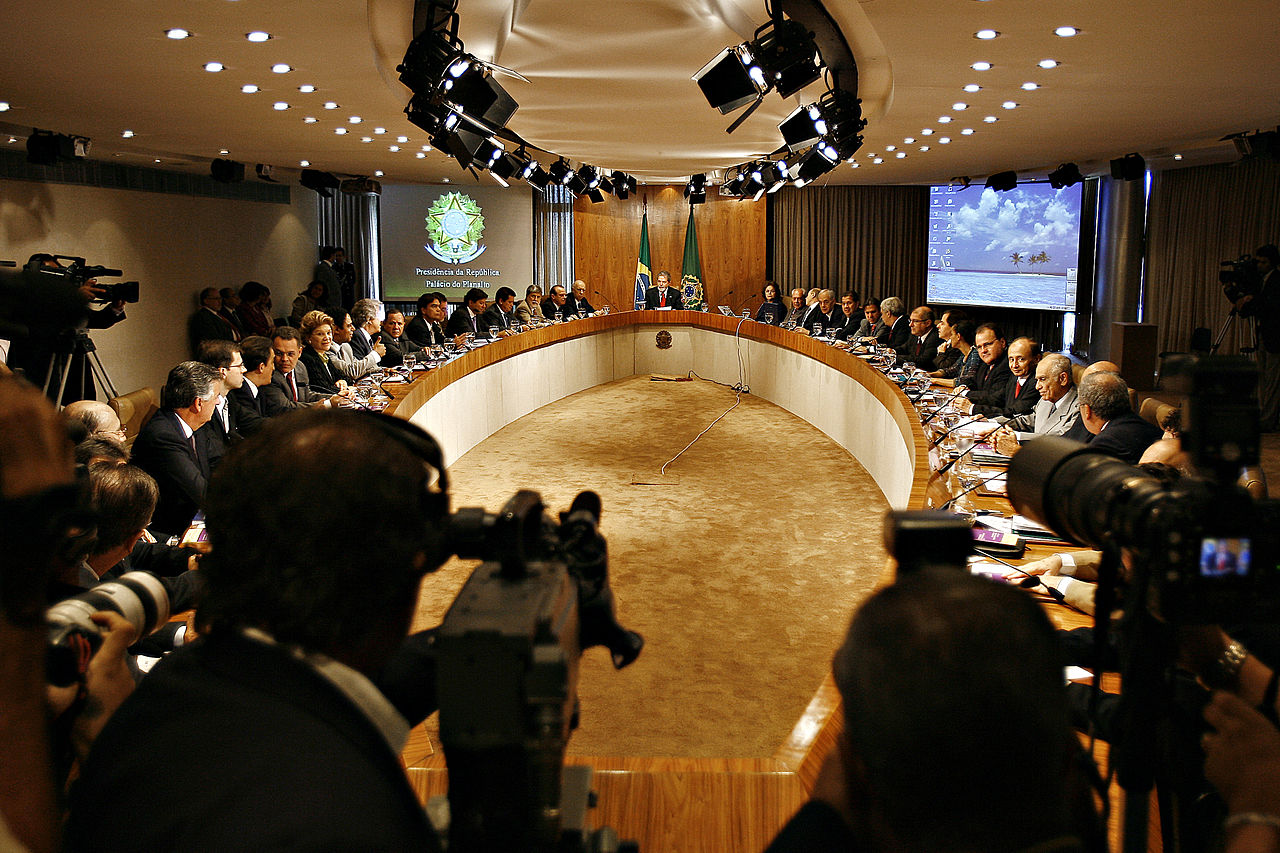 Article 220 of the Brazilian Constitution guarantees that the "manifestation of thought, creation, expression and information, in any form, process or medium shall not be subject to any restriction." Further, "no law shall contain any provision which may represent a hindrance to full freedom of press," and "any and all censorship of a political, ideological and artistic nature is forbidden."

When it comes to daily life, however, Brazilian journalists face something quite a bit different. Is there press freedom? Yes, to a certain extent. However, in addition to internal rules set out by the media organizations, the freedom to report certain facts or issues is often hampered or distorted in order to serve certain external interests.

In Brazil, these external interests typically fall into two categories: economic power and political influence. External regulators fueled by these factors work to control what is or is not published.

The first thing that must be acknowledged is the existence of an oligopoly in the Brazilian media. Most mainstream media outlets belong to families or politicians who control its editorial line, most often for their personal interests.

Between 1987 and 2008, the Donos da Midia (“Media Owners”) project mapped Brazilian media outlets to document their owners and partners across the country. When it culminated in 2008, Brazil had—among radio and TV stations, newspapers and magazines—9,477 media outlets, owned by 19,466 shareholders. Of this total, 271 shareholders (a number that the project flagged for potentially being outdated and inaccurate by then) were politicians.

This number may not seem very high, but it is contentious: according to the Constitution, parliamentarians cannot be owners of "public utility" services. However, they often exploit legal loopholes, such as registering their affected properties to other people, usually family members. This kind of ownership has become such a trend in Brazil that, as of November 2015, the Federal Prosecutor's Office—with the support of the Fora Coronéis da Mídia (roughly “Get Out Media Colonels”) movement—is seeking the forfeiture of radio and television concessions registered to parliamentarians under what has been called "electronic colonialism."

Through this legal action, the prosecutor’s office has obtained copies of official documents proving control of concessions by 30 deputies and eight senators. They’ve identified the use of radio and television licenses as bargaining chips to obtain political support, influence public opinion in favour of their allies or against their opponents, and receive the backing of parliamentary power to obtain or renew concessions.

While the Brazilian parliament should be objectively overseeing these grants and concessions, parliamentarians are operating under conflicting interests; this undermines the impartiality and independence that media vehicles should represent.

A 2014 Supreme Court action ruled on this type of conflict of interest in a criminal trial that condemned a federal deputy for falsification of an FM radio social contract. According to the judgement, forgery had been committed in order to obscure the deputy’s position as a member of parliament—also, this congressman had taken part in the commission meeting that approved the license for his own radio station.

In addition to the media’s ownership problem, the issue of public funding used in media advertising also compromises Brazil’s press freedom. In April 2015, journalist Fernando Rodrigues filed an access to information request for data on money spent by the government on advertisements in media outlets; he then published a series of reports on the data he received. One such report showed that, in 2014 alone, the Brazilian government spent R$2.3 billion (about $850 million CAD) on media advertising.

This amount is impressive by itself, but it’s important to note that it was only about 5% less than the previous year, despite the fact that 2014 was an election year when public institutional advertisements were prohibited during the three-month campaign period.

A 2012 report by the Folha de S. Paulo newspaper showed how such advertising funds have been allocated: the government paid for advertising on more than 3,000 media platforms, but 70% of the money was concentrated in just ten companies. Rodrigues’ reports revealed that the federal government spent R$9.2 million (about $3.3 million CAD) in 2014 on so-called "alternative media," mostly blogs and websites. Among them, ten were websites, bloggers or journalists who are guided by news that makes apologies for the federal government and its ruling party. This extends to other levels of government as well: it was reported in early 2014 that São Paulo's state government—linked to one of the ruling federal party’s oppositions—had been paying a blogger who produced anti-federal government content (news, articles, videos and assemblies).

The media’s dependency on this public money can often backfire, since the budgets of media outlets that count on it can be reconsidered if they publish negative criticism of the government. One such case involved journalist Rachel Sheherezade, the host of a news program on SBT, Brazil’s second-largest TV network. Sheherezade’s journalistic commentary on Brazilian issues stood out: she was promoted to the national anchorwoman position and granted 45 seconds on a daily basis to comment on any issues she chose. After heavily criticizing the federal government and its allies on numerous occasions, however, a federal representative sued her, and the government subsequently announced it would look into a suspension of its advertising budget destined for SBT. Rachel Sheherezade went on “vacation” and returned to a new company policy that, under the guise of “preserving” its journalists, absolutely prevented any and all commentary from its anchors.

Such complex scenery can be explained, partially, by Brazil's history itself. Democracy is essential to a free press, but both democracy and constitutionally guaranteed freedoms are relatively new in Brazil. There have been few truly democratic moments in Brazil since the advent of mass media. The current period, which began in 1985 and is enshrined by the creation of Brazil’s federal constitution in 1988, is one of the longest periods of relative democratic stability in Brazilian history. However, this alone does not guarantee freedom of the press. Things continue to evolve and change, and there is still a long way to go to ensure freedom of expression and a free media in Brazil.

Luiz Hidalgo Nunes Jr. is a freelance journalist from São Paulo, Brazil, with more than a decade of experience in television, magazine, newspapers and web journalism. He is currently completing the 2015-16 Scotiabank/CJFE Journalism Fellowship at Massey College in the University of Toronto.