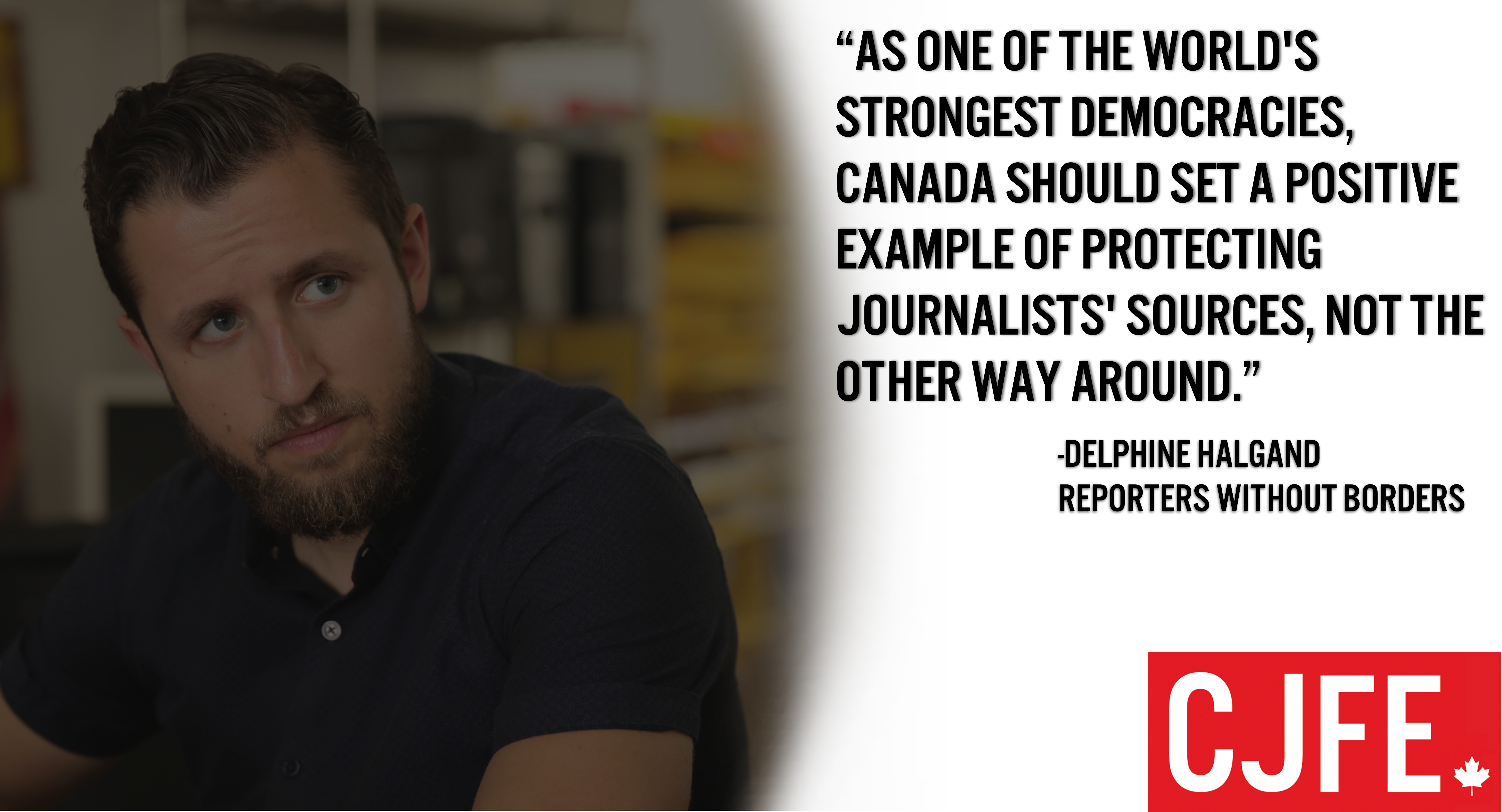 CJFE, together with a coalition of media and free expression organizations, is intervening in the ongoing court battle between the RCMP and VICE News. VICE is asking the Ontario Court of Appeal to throw out a March ruling that ordered VICE News journalist Ben Makuch to hand over Kik messenger app chat logs between him and an alleged ISIS fighter.

This ruling sets a precedent that has potentially ruinous and wide-ranging implications for press freedom and the integrity of journalism in Canada. This makes the outcome of the appeal a matter of importance to all Canadians. The public’s right to know is at risk.

The government's lawyers are trying to block this intervention. By compromising the trust between journalists and their sources, the decision undermines both free expression and national security. Makuch’s work has shed light on what motivates ISIS fighters, and has provided an essential public service.

The United Nations Human Rights Council recently adopted a resolution that calls upon states "to protect in law and in practice the confidentiality of journalists’ sources, in acknowledgement of the essential role of journalists in fostering government accountability."

Join CJFE in urging the RCMP and Public Safety Canada to drop demands for private material and correspondence with sources, and institute rules that protect the independence of journalists in Canada.

The Canadian government must protect the integrity of journalistic work and ensure that journalists can protect their sources, without facing legal sanction.

Freedom of the press is a critical component of our democratic society, recognized as a "fundamental freedom" in Section 2 of the Canadian Charter of Rights and Freedoms. The RCMP production order against Ben Makuch of VICE erodes this freedom, treating journalists as a law enforcement arm for the government, and undermining their ability to communicate with sources and conduct their work within a zone of privacy. This impacts the ability of journalists to gather and report the news, and the right of the public to receive the news.

we the undersigned call upon:

The Honourable Minister for Public Safety and Emergency Preparedness, Ralph Goodale, AND

The Commissioner of the Royal Canadian Mounted Police, Robert Paulson.