The Trans-Pacific Partnership vs. Free Expression 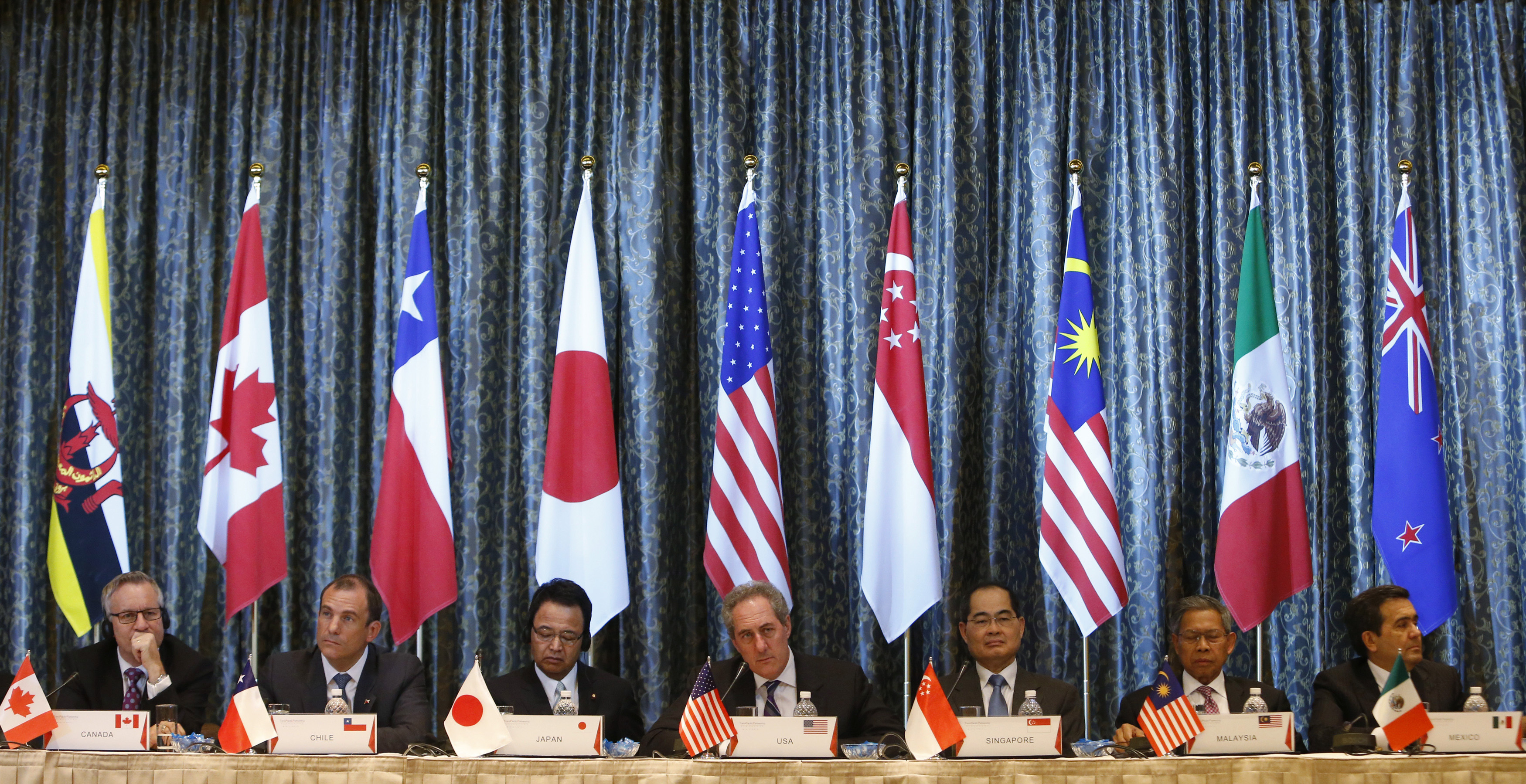 On February 4, 2016, government representatives from 12 countries in the Pacific Rim—including Australia, Brunei, Canada, Chile, Japan, Malaysia, Mexico, New Zealand, Peru, Singapore, the United States and Vietnam— met in Auckland, New Zealand, to sign a 6,000-page treaty titled the Trans-Pacific Partnership (TPP). Among other things, the agreement will govern how the signatory countries protect and enforce privacy and intellectual property (IP).

The official story, according to the signatories, is that the 30 chapters of the TPP agreement, which took seven years to negotiate, will promote economic growth; reduce technical trade barriers; support the creation and retention of jobs; enhance innovation, productivity and competitiveness for all the parties and other states; raise living standards; reduce global poverty; and promote transparency, good governance and enhanced labour and environmental protections.

However, beneath the mountains of corporate and state rhetoric lies a complex and densely convoluted agreement—negotiated entirely in secret with no public consultation. When unpacked, it reveals itself to be less of a positive force for social and economic growth and more of a direct and unprecedented assault on democracy and free expression.

In Canada, we already know first-hand what a mess this can create. For example, Eli Lilly, a U.S.-based multinational pharmaceutical company, is currently using NAFTA’s corporate sovereignty provisions to force the Government of Canada to pay $500 million in reparations after it rejected two of Eli Lilly’s patent applications because Health Canada scientists realized the drugs that the company was attempting to patent did not actually deliver the benefits it had claimed.

In short, corporate sovereignty provisions such as those introduced in the TPP may well allow for the interests of foreign multinationals to effectively override Canadian law because those companies can file grievances claiming that government interference is taking away from their projected financial returns.

When we know that we are being watched, we tend to alter what we are willing to say. As WikiLeaks points out, Article 13.15 of the telecommunications chapter of the TPP includes a surveillance-friendly clause that brings issues of free expression and democratic debate to the fore by granting government organizations like the NSA and CSEC backdoor access to public telecommunications channels. This means that Internet service providers (ISPs) can openly and actively record our online habits, make our browsing activities and histories available to government agencies without a warrant, censor online content deemed to be unfavourable, and allow governments to remotely terminate access to the Internet for “suspicious” individuals.

From a copyright perspective, the IP chapter of the TPP extends the term of copyright to the life of the author plus 70 years. In Canada, this is a 20-year extension that severely reduces access to Canadian heritage and will cost hundreds of millions in tax dollars to administer. As Michael Geist, Canada Research Chair in Internet and E-Commerce Law at the University of Ottawa, points out, this means that the work of 22 Governor General’s Award–winning fiction and non-fiction authors will not enter the public domain for decades to come.

Now imagine what would happen if, in a few years’ time, the Canadian government tried to shorten copyright terms, require registration for copyright or fix the patent system so that corporations cannot patent obvious and broad concepts anymore. Thanks to the regulatory mechanisms of the TPP, the matter would skip over the courts, and our government would be subjected to a tribunal of corporate lawyers—the very same lawyers that work for the industries.

Beyond this large-scale erosion of sovereignty, by way of handcuffing our government to pro-corporate copyright and IP policies created with little or no consultation with Canadian citizens, the TPP also drastically reduces free expression rights at a more individual level.

Overall, the TPP appears to be a massive mess that is, from the perspective of the average Canadian citizen, much worse than we feared. On the one hand, it subjects our government to the rulings of a corporate tribunal, enacts drastically pro-corporate regulations that Canadians had no hand in creating and cannot repeal or vary, and attacks open-source intellectual property initiatives. On the other, it empowers government spy agencies and industry insiders to openly monitor and censor our online behaviours under the guise of protecting private interests and intellectual property.

Any way you cut it, as far as free expression in Canada—and around the world—is concerned, the TPP is public enemy number one. With this in mind, it is time for concerned citizens to put serious pressure on our elected leaders to repudiate or at least redraft this partnership before its anti-democratic policies become normalized and thus practically irreversible.

A.T. Kingsmith (@akingsmith) is a PhD candidate in political science at York University and the Chair of CJFE’s Digital Issues Committee.