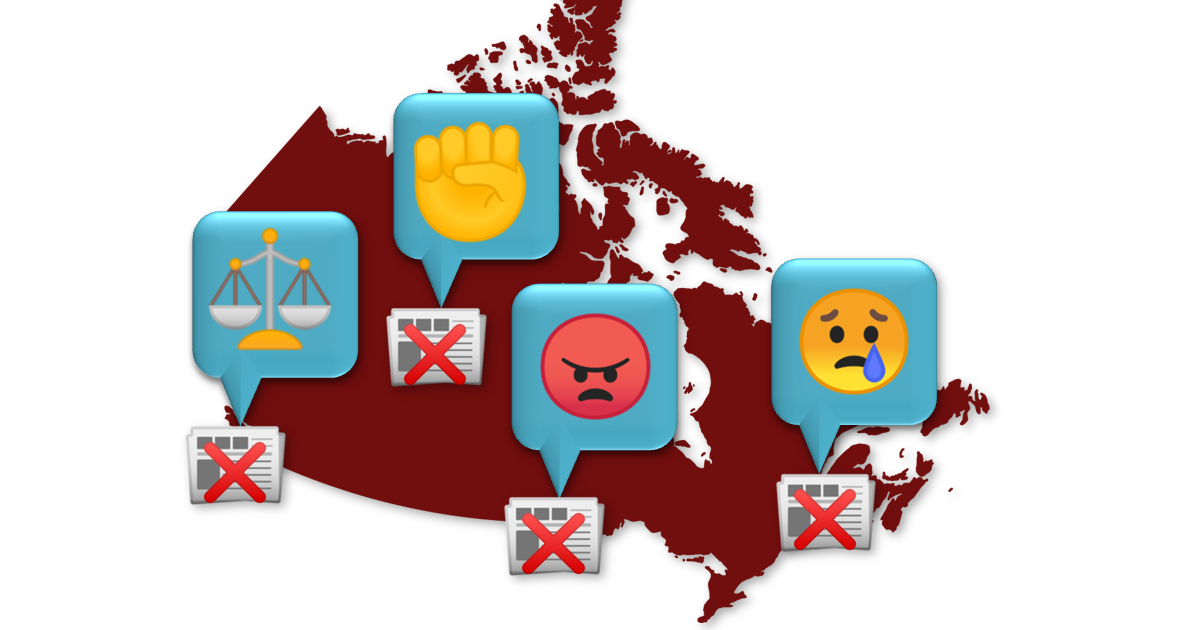 “There is also a very real concern about the effectiveness of any ban that I might impose. This trial will be conducted in a public courtroom. The court has no real means to police the broadcasting of information, whether innocently or deliberately, by those who attend the trial. Given the proliferation of twitter, facebook postings, blogs and the general posting of information on internet sites, a publication ban might well serve only to restrict responsible reporting by established media and do nothing to control the general dissemination of information." Justice Molloy, R. v. G.C., 2009 CanLII 89067

When news broke that Don MacIntyre appeared in court on sexual interference charges against a minor, media in Alberta were quick to jump on the story. The story was reported prominently by provincial and national outlets alike. It took its place amid dozens of similar allegations that were brought forward against high-profile political figures as part of the burgeoning national discourse around the #MeToo movement. MacIntyre, a member of the United Conservative Party (UCP) and member of the Alberta Provincial Legislature resigned his position in cabinet the day after he appeared in court and resigned his seat a few days later. Yet almost immediately, a justice of the peace issued a publication ban on reporting around the case, forcing media outlets to remove online versions of the story.

There are meritorious arguments that can be made in support of publication bans in cases where the identities of young or otherwise vulnerable victims are involved. Publication bans are commonplace in Canadian criminal cases involving victims below the age of majority where the publication of a suspect’s full name may inadvertently identify the victim.

Reporters expressed outrage in this case, pointing out correctly that there was significant public interest in reporting charges against an elected official. Media outlets must weigh carefully the ethical implications of reporting crimes including sexual assault in a public context. The ethics of how or whether a story is reported falls squarely on individual media outlets and their editorial boards. Whether or not the basic facts of a story can be reported should only be at issue in the most demanding or delicate of situations.

After hearing a February 9, 2018 appeal form media organizations Court of Queens’ Bench Justice Glen Poelman called the original ban “an error in law”. Even the UCP supported the move to publish the story, and Jason Kenney recognized the public interest of reporting the story in a statement. MacIntyre’s lawyer also did not contest the lifting of the ban.

The same day the MacIntyre publication ban was lifted, CBC won a supreme court of Canada case, overturning an Alberta Court of Appeals injunction against a 2014 report the public broadcaster published online. The injunction was handed down after CBC refused to obey a publication ban which prohibited identifying the victim. Notably, the broadcaster did not contest the reason for the publication ban and agreed to stop identifying the victim in future coverage. After the court demanded that they retroactively remove content about the case they had already published on their website, CBC opted to resist the court order. CBC’s lawyers called the order to unpublish content ‘improper’.

"The fact that new technologies such as the internet and online publication may allow for a publisher to edit the content of online stories, should not justify criminal charges or a mandatory injunction to remove or "unpublish" a previously published story, particularly when such sanctions infringe a media outlet's freedom of expression rights, " an intervening coalition of media organizations argued in a court filing. A criminal contempt ruling stemming from CBC’s decision to resist the original court order will be heard in June 2018.

Bizarrely, the same week that both the MacIntyre and CBC publication bans failed their legal tests, Canada’s Conflict of Interest and Ethics Commissioner Mario Dion suggested in testimony to a House Committee that his office should have the ability to enforce confidentiality orders on parliamentarians and publication bans on media outlets to prevent them from reporting the details of his investigations. Salient points about parliamentary privilege notwithstanding, there is very little which more explicitly meets the definition of public interest reporting, than reportage on conflict of interest and ethics investigations involving federal employees.

Dion claimed in his comments that allegations are sometimes treated by the public as evidence of guilt and that his investigations might sometimes be exempt from public oversight. As CBC reports, Dion was previously called on to investigate Prime Minister Justin Trudeau, whose office appointed him. That investigation became the subject of a heated media and political controversy.

In cases where public figures have been accused of serious criminal activity or ethical violations, it is never in the national interest to suppress reporting. This is doubly true when attempts are made by courts to retroactively apply publication bans.  To their credit, Dion’s office reached out to CJFE following a CBC report on the issue, which quoted us heavily. They indicated that his comments were ‘off the cuff’ and not indicative of a new or sustained undertaking by the ethics watchdog. Here’s hoping this stays that way.

Publication bans are also used in cases with national security implications, though sometimes the reasons for the ban are unclear. Quebec Court Justice Jean-Louis Lemay granted a publication ban, requested by the defence, on all evidence in the murder trial of domestic extremist Alexandre Bisonette. Bisonette stands accused of carrying out the deadly January 29, 2017 Grand Mosque shooting in Quebec City and limitations on publishing evidence are demonstrably preventing a meaningful national conversation around that horrific and hateful incident.

Prohibiting information about justice proceedings from being published should be considered only in the most extreme or sensitive of cases. It is crucial for democracy that members of civil society resist any serious attempts to block public interest reporting from publication. It is equally important to challenge suggestions that the free expression and press freedom rights of organizations somehow differ based on when or where their reporting is published.  In comments regarding the case of R. V. G.C. Justice Molloy said that one the effects of publication bans is the removal of responsible journalists from courtrooms. This in turn allows for the spread of false or misleading opinion on social media, unchecked by any verified reports.

In the coming weeks and months CJFE will be conducting an in-depth analysis of publication ban cases in Canada. Our goal is to produce information and resources which seek to identify the scope of the problem (ie. how many publication bans exist) as well as to identify core issues such as irregularities in justification or frequency by jurisdiction. We’ll be looking at the justifications for existing bans which broadly fall under the categories of mandatory, discretionary or common law. Our position is that courts must prioritize free expression when assessing the positive effects of a publication ban against the public interest in a case. The goal of this research and resulting advocacy work will be to impress upon Canada’s Attorney General the need for strong national standards, data collection and transparency about the use of publication bans as well as the need to call on courts in all jurisdictions to weigh on the side of free expression and press freedom rights when considering use of ‘rubber stamp’ publication bans which we believe undermine the public’s right to know.