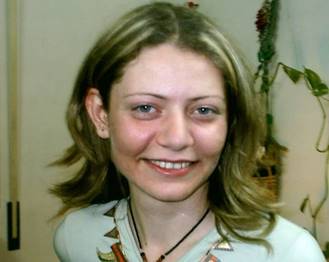 On the second anniversary of the abduction of Syrian human rights lawyer Razan Zaitouneh, the undersigned human rights organizations reiterate their call for her immediate release, as well as that of her missing colleagues Samira Khalil, Nazem Hamadi and Wa’el Hamada, her husband. The organizations join Zaitouneh’s family in Canada in urging Prime Minister Justin Trudeau and the Canadian government to bring attention to the abduction and disappearance of the four human rights defenders and to seek their immediate release.

On 9 December 2013, the four human rights defenders were abducted by a group of armed men who raided the offices of the Violations Documentation Centre (VDC) in Duma, near Damascus. There has been no news of their whereabouts in the past two years but the family is concerned for Zaitouneh’s health and well-being given the absence of any information.

At the time of the abduction, Zaitouneh was head of the VDC, and had been awarded the 2011 Sakharov Prize for Freedom of Thought and the 2011 Anna Politkovskaya Award of Reach All Women in War (RAW in WAR) among other accolades, for her human rights work.

In a letter to the Canadian government, Rana Zaitouneh writes: “Razan is a hero back home in Syria. She dedicated all of her time to help political prisoners. She spent her time helping them, their cases and their families. Razan met with them, took their cases to court, and she was in hiding most of the time because of her work.”

Canadian born niece Laura Rawas observes: “I was born and raised in Canada, a country that prides itself on being 'free'. I never had to fear my own voice; in fact, I prided myself on it, seizing any opportunity to use it, whether through speech or song. This was not the case for my aunt Razan. She did not have the right to speak, though she fought for it daily.”

In the months prior to her abduction, Zaitouneh informed human rights defenders outside Syria that she had received threats from local armed groups in Duma. The most powerful armed group operating in Duma at the time of the abductions was the Army of Islam (Jaysh al-Islam) headed by Zahran Alloush. The Zaitouneh family holds Zahran Alloush responsible for the safety of Zaitouneh and her colleagues, given the large presence his group maintained in the area.

Just prior to her abduction, Zaitouneh, in a video interview with FIDH, said, “Nothing, not even our 100,000 deaths or harsh siege, or betrayal of the international community can ever defeat the will of people who have a dream and faith in the future.”

Razan Zaitouneh has been one of the most prominent and effective lawyers defending political prisoners in Syria since 2001. She has played a key role in efforts to defend the universality of human rights and support independent groups and activists in Syria. Along with a number of other activists, she established the VDC and co-founded the Local Coordination Committees (LCC), which co-ordinate the work of local committees in various cities and towns across Syria. She also established the Local Development and Small Projects Support Office, which assists non-governmental organizations in besieged Eastern Ghouta.

The undersigned organizations urge the Government of Canada to take all steps to ensure that Razan Zaitouneh, Samira Khalil, Nazem Hamadi and Wa’el Hamada are located and released immediately in accordance with the requirements of international law.

FIDH under the Observatory for the Protection of Human Rights