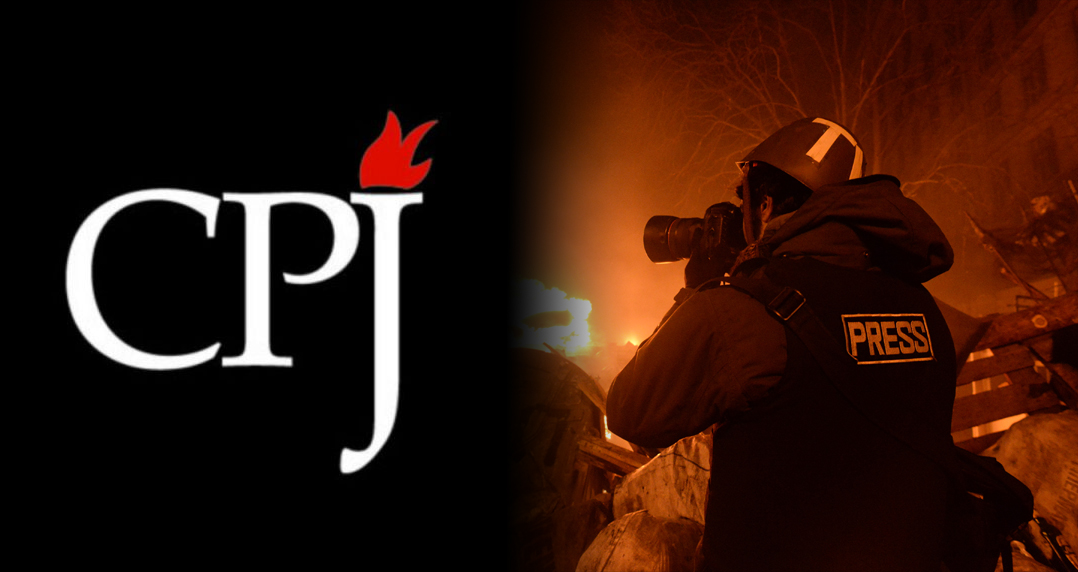 Update: On July 25, 2016, the United Nation's Economic and Social Council (ECOSOC) voted to grant the Committee to Protect Journalists (CPJ) consultative status, after the UN's NGO Committee denied the press watchdog accreditation in a vote on May 26. This step will allow CPJ to access UN bodies and processes, such as the Human Rights Council in Geneva, where accredited NGOs can deliver a counter-narrative to states.

In May 2016, the United Nations Committee on Non-Governmental Organizations (NGOs) rejected the application submitted by the Committee to Protect Journalists (CPJ) for UN accreditation. An accredited consultative status would have given the organization access to UN headquarters and events.

The Committee on Non-Governmental Organizations reports directly to the UN’s Economic and Social Council (ECOSOC), and its two annual reports include draft resolutions or decisions on matters calling for action by the Council. The Committee currently consists of 19 member countries from all around the world.

According to CPJ, its “ECOSOC accreditation process has been one of Kafkaesqe bureaucratic limbo—an experience shared by other groups. For years, CPJ's application has been deferred by persistent, lengthy and repetitive questioning.” Even UN Secretary-General Ban Ki-Moon has expressed disappointment with the Committee’s rejection of CPJ’s application for accreditation.

Based in New York City, CPJ is an independent, non-profit organization dedicated to protecting journalists who are threatened by press freedom violations, whether in conflict zones, repressive countries or democratic states. The watchdog organization mobilizes correspondents, lawyers and advocates around the world, and its research provides valuable indicators of press freedom at a global scale.

Through the UN’s consensus-based decision-making process, CPJ’s approval by the 19-country committee was unlikely from the start. A process that is inherently slow, tedious and, admittedly, frustrating, it was held up even further by certain delegations asking questions that CPJ and other member countries including the United States denounced as delaying tactics. Notwithstanding the failure to achieve consensus in the UN Committee on NGOs, the matter may still be brought to a vote by the UN ECOSOC.

Regardless of the final outcome of CPJ’s accreditation status, the organization’s experience clearly represents an atrocious trend within the NGO Committee. Western diplomats have suggested that the committee has become increasingly opposed to organizations that support Western notions of human rights. A frequent opposition to LGBT rights NGOs that apply for accreditation seemingly supports this belief.

Although the matter of the composition of the committee is a debate in and of itself, as is the decision-making process, the broader topic at issue here is evidently the international community’s protection of journalists and press freedom.

The (ideal) role of the press as a mediating, neutral force in democratic societies serves multiple essential functions. In the political domain, for example, the press fosters accountability of government officials through public pressure and ensures a well-informed electorate. In the corporate domain, journalists investigate and expose corruption, fraud and criminality—take The Panama Papers as an unprecedented example of this. In the social and cultural domains, journalism has the capacity to analyze and expose both isolated and systematic injustices, prejudices and discrimination.

Evidently, however, the concept of a free press—arguably a pre-condition of a democratic state—is far from universal. Political parties and leaders who veer into authoritarianism and dictatorships unscrupulously silence the press, even in countries that claim to be democracies or to respect the role that journalism is supposed to play. Of the committee’s 19 members, at least 13 of them frequently come under fire for the state of press freedom and free expression more generally in their countries. That means that CPJ’s application for accreditation is a severe conflict of interest for the vast majority of the UN’s NGO Committee members.

For example, Azerbaijan, China, Cuba and Iran make up four of CPJ’s 10 Most Censored Countries in 2015. The criteria for inclusion in this list include the extent to which governments use “tactics ranging from imprisonment to repressive laws to harassment of journalists and restrictions on Internet access.” And there are so many instances of other members of the UN Committee on NGOs drawing criticism from CPJ for their persecution of journalists and failure to protect the press that it is almost impossible to name just a few.

It is not surprising that a body consisting of governments that frequently suppress dissidents and journalists denies accreditation to a watchdog that publicly calls out their free expression violations. However, as Freedom House rightly points out, “It’s shameful that democratic nations that are members of the NGO Committee, including South Africa and India, joined China, Russia, Cuba and Iran in voting against or abstaining on CPJ’s application.”

Different types of obstructions to freedom of the press exist in conflict zones, authoritarian regimes and in Western democracies. Prior to enforcing a concept that is difficult to define, it is important to first pinpoint the nature of the obstructions to press freedom. It is also crucial, prior to seeking enforcement internationally, to ensure press freedom at home. In the meantime, human rights organizations must ensure the safety of journalists and reporters, as well as platforms for them to ensure their investigations and findings are published, and continue advocacy for the protection of the press—an institution that is coming under increasing pressure.

In May 2016, more than 230 NGOs from around the world published a joint statement denouncing the UN Committee on NGOs’ “long-term practice of some States to delay or effectively block certain NGOs from participation at the UN” through convoluted procedural tactics during the accreditation process. And today, a joint statement spearheaded by CPJ and signed by CJFE has been published calling for ECOSOC to overturn the decision to deny it accreditation. The watchdog continues to fight for access to the UN so that it can more effectively carry out its work as a leading defender of press freedom and journalists worldwide.

Whether the United Nations lives up to its objective of securing for journalists around the world the very fundamental rights and freedoms set out in the Universal Declaration of Human Rights remains to be seen. The convoluted case of CPJ’s application for accreditation does not bode well for the multilateral organization’s priorities and capacity to effect positive and extremely urgent change across the world.

Germán Andres Guberman is a public policy and international development student at the University of Toronto.