Remembering Pierre: Justin Trudeau and the Legacy of his Father's Charter 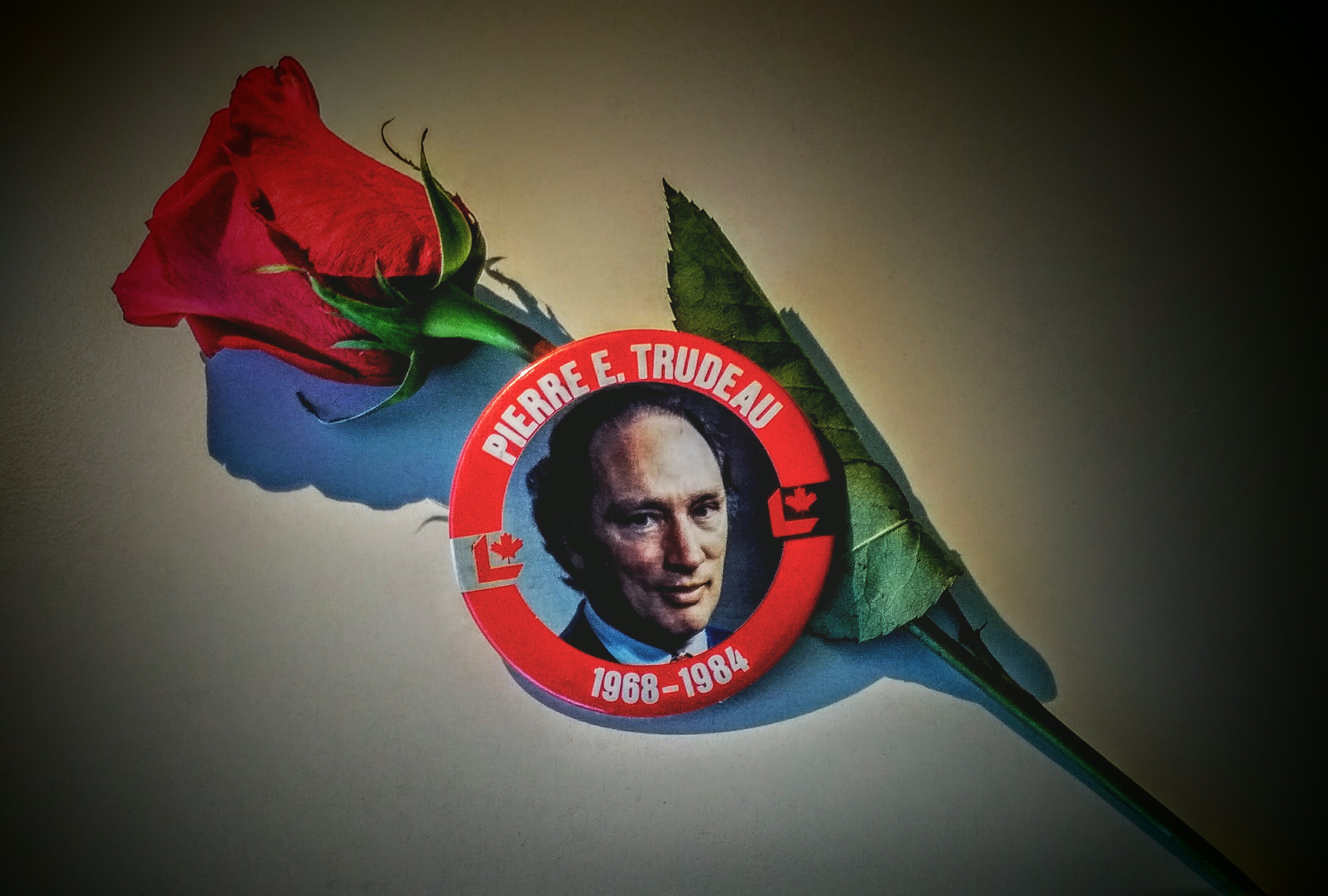 Few names in Canadian politics provoke more controversy and debate than that of Pierre Elliot Trudeau. On September 28th, 2016, Canada will mark the sixteenth anniversary of his death. Much has changed in Canada and in the world since his time in power. No doubt, his family will also take pause today in a moment of solemn remembrance for the man who had such an indelible impact on their own lives and on the nation.

Today we want to take a moment to reflect on Pierre’s legacy in the contemporary national context. We are arriving at the end of the first year in his son Justin Trudeau’s Prime Ministerial mandate, and on the anniversary of his father's death, Justin faces many of the same challenges as his father. The year ahead for the Liberal government echoes many of the same themes that define our recollection of Pierre.

Pierre was more than just an intellectual and gifted public speaker. He was recognized as a great actor, the first truly "made-for-TV politician"—an anomaly in Canadian culture then and now. Canoes, yoga poses, high-society fêtes—these are recognizable hallmarks of the Trudeau years, and with Justin, everything old is new again. Still, despite his penchant for extremes of personality, Pierre conducted himself with an enormous amount of gravitas during the time he led the country.

Pierre’s defining quality in office was as the combative champion of national unity in the face of Quebecois separatist ambitions. He welcomed confrontation with demonstrators and political rivals alike, at a time when threats to political figures were real and explicit. He continued to appear in public life throughout the years of turmoil: he attended events in Quebec despite credible threats to his own life, stood up to stone-throwing demonstrators and refused to be intimidated. We have seen some of that same grace from Justin, who invited environmental demonstrators on stage to have their say while he was still campaigning as leader of the party. In doing so, he exhibited vulnerability, exposing himself to political risk in support of free expression. He clearly showed some of his father’s courage.

Pierre’s era was defined by issues of nationalism and politically motivated violence. He confronted ultranationalism in Quebec and the political violence of the October Crisis by making one of the most controversial decisions in Canadian history, the implementation of the draconian War Measures Act. Controversy still rages as to whether the decision to support imposing martial law, in Quebec was in fact the correct one. Pierre solidified his position in the popular consciousness of Canadians as a politician who did not give ground to the toxic politics of fear and division, or who did so only in the face of great national peril. And while he had testy relations with the press, he did understand the importance of free expression to civil society.

In this day and age, we are also facing crises of national security and violence which must be addressed. Justin’s government is under pressure from within and without to maintain and enforce a sweeping anti-terrorism regime established by his predecessor Stephen Harper. The Anti-terrorism Act, 2015, (or Bill C-51) is legislation born of a weaker politic. A close reading of C-51 reveals a form of perpetual War Measures Act, acknowledging a state of national anxiety and exploiting this for the benefit of the state.

It is worth mentioning that the bill explicitly criminalizes the kind of firebrand rhetoric that Pierre engaged in during his years before public life. To the great concern of advocates, activists and legal experts, C-51 goes far beyond the “real or apprehended insurrection” of the War Measures Act and broadens definitions of security threats to include some fairly staple behaviours of civil society. The concession that the bill allows for “legitimate” advocacy and expression is far from reassuring—these definitions are at best unclear, and at worst unfair. Even the definition of what constitutes political violence seems to be lost in the confusion, paranoia and isolationism which typified the Harper decade.

While Justin does not face the same challenges of separatism as his father did, he is pressed on all sides on a wide range of issues—refugees, resource development and the independence of First Nations, to name a few—by demands to impose hard limitations on civil society and the right to dissent.It is in Pierre’s second term, from 1980 to 1984, that he exhibited the long-term vision that solidified his position as a great Canadian figure. After six months of a Conservative government under Joe Clarke, separatism was again on the rise, and Pierre, who had resigned his seat, was recalled to the House and re-elected. He negotiated this new crisis with clarity, wisdom and tact, and presided over the patriation of the Canadian constitution and the Charter of Rights and Freedoms. These were signed into law at a ceremony of great national significance by Pierre and Queen Elizabeth II.

The Charter of Rights and Freedoms was designed to protect individual rights and prevent the government from taking rights away from Canadians for political or religious reasons. Negotiations were intense; it was seen by many as a mechanism to curb the authoritarian excesses of the nationalist government in Quebec. Despite remaining a flawed document, the Charter provided greater legal certainty and constitutional guarantees for human rights in Canada.

As Pierre said later, the Charter, flawed though it is, "defines the kind of country in which we wish to live" and "guarantees the basic rights and freedoms which each of us shall enjoy as citizens of Canada." Almost immediately following its adoption, the McDonald Commission launched an inquiry into the acts of the RCMP during the FLQ years of Trudeau’s administration. Many of those actions were found to be inconsistent with the Charter rights.

While justice was eventually had in the case of government overstepping the bounds of our rights through the McDonald Commission, the same themes still echo in our politics today. Pierre once said that "Canada is not immortal..." It isn't. During protests at the G-20 summit in 2010 in Toronto, civil liberties were suspended with complete impunity. A Canadian police officer told bystanders, “This ain't (sic) Canada right now.” Similarly, Bill C-51 is widely acknowledged by experts to have overridden large portions of the Charter, with CJFE and the Canadian Civil Liberties Association challenging its constitutionality in court. It is evidence of the deepest flaws in our system and perhaps stands as the single greatest threat to Pierre's vision of an equitable Canada.

For this reason and for the protection of Pierre’s legacy, the Liberal government of Justin Trudeau must find a new way forward on national security that respects the desires of Canadians for a free and equal society. It must not pander to the reactionary and xenophobic voices who seek to drive political anxiety as a wedge into the heart of this country. Most of all, it must respect the time-honoured continuity of our rights and freedoms. There is no day more fitting to make an impassioned plea for the protection of the Charter than the day we commemorate its creator.

Kevin Metcalf volunteers as the Operations Coordinator of Stop C-51: Toronto and works at CJFE as Promotions and Communications Coordinator. This article is cross-posted at www.stopc51to.org/remembering_pierre