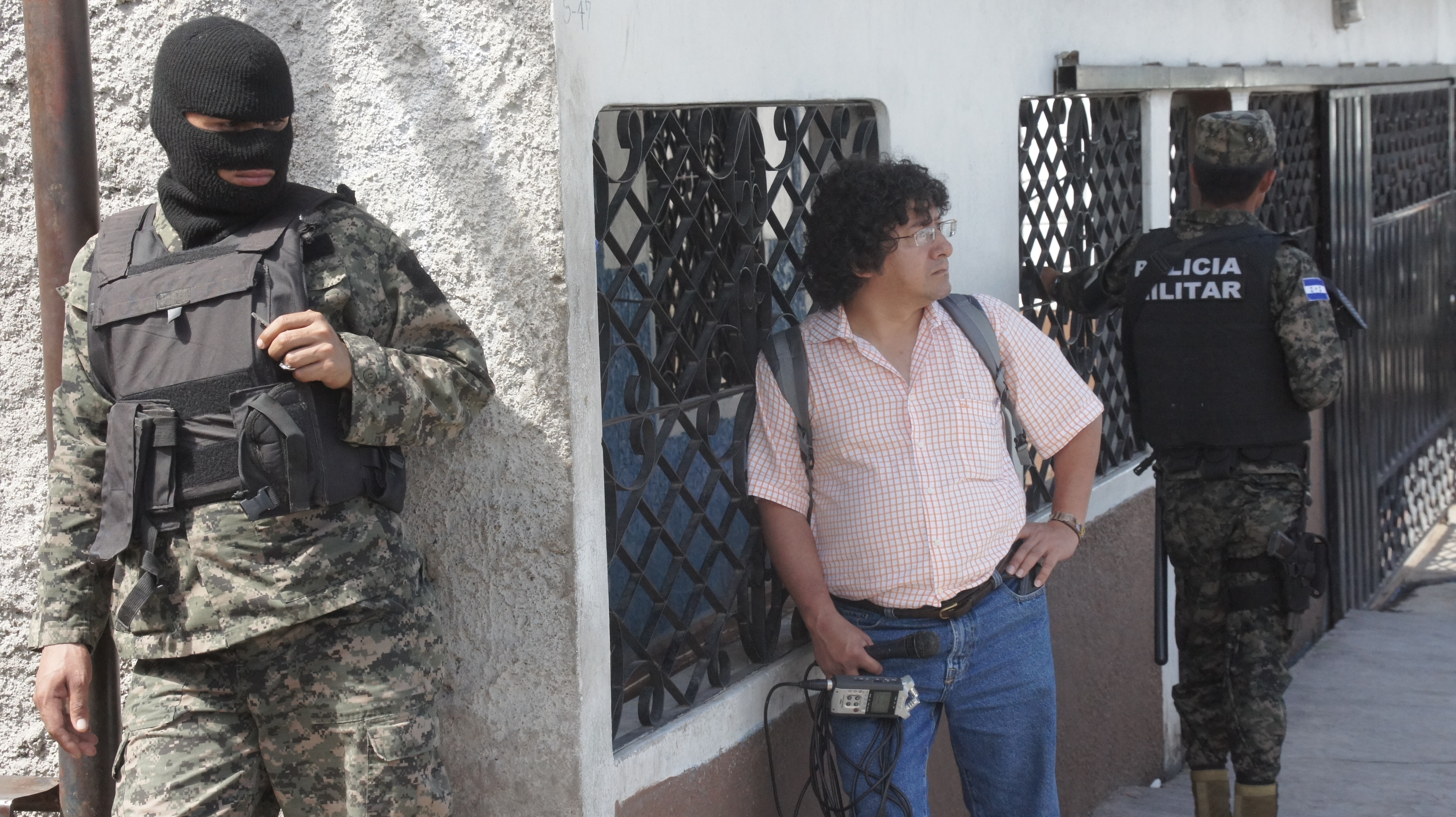 On May 2, 2016, Honduran journalist Félix Molina survived two attempts on his life. On his way to record his daily radio show, Molina was approached by a man and woman. The woman aimed a revolver at Molina’s head while the man yelled, “Shoot him!” The taxi quickly peeled away.

“Ufff, what a country we live in!” Molina wrote on his Facebook page.

Six hours after the first attempt, Molina was on his way home from work when the same man from earlier recognized him in traffic. “This time you’re not getting away, you son of a bitch,” he said. A second man fired a revolver, and a bullet passed through both of Molina’s legs.

Molina has worked in journalism for more than three decades as an outspoken advocate for government and military accountability and human rights, winning the Chavkin Award in 2012 for Integrity in Journalism in Latin America. As a result, he has come under threat and attack on multiple occasions. On June 28, 2009, the Honduran military kidnapped the country’s leftist President Manuel Zelaya, deposed him and sent him into exile. On the day of the coup, Molina was working for Radio Progreso, one of the few national media outlets that offered critical coverage of the event. Soon after, Molina created a national anti-coup radio space by launching a radio program called Resistencia, which became a go-to source for information about coup resistance, news analysis and political debate critical of those responsible for the coup.

Molina was lucky: the bullet left him with only minor injuries, he has fully recovered, and he returned to work within days. Many other journalists in Honduras do not escape when men with guns come to silence them. Molina’s attempted murders occurred amid a larger pattern of intimidation and violence against journalists, civil society figures and environmental activists in the country.

Post-coup Honduras is one of the most dangerous countries in the world to be a journalist, with 28 journalists killed between 2010 and 2015. The perpetrators of these attacks enjoy almost total impunity, with few investigations and even fewer convictions taking place. The country ranked 137 out of 180 on Reporters Without Borders’ 2016 World Press Freedom Index.

CJFE’s Campaign to End Impunity is part of a global call for accountability for crimes that silence the voices of activists, journalists, bloggers, artists and others exercising their right to free expression. To learn more visit our campaign headquarters.

The March 2016 murder of Berta Cáceres, a Lenca indigenous environmental activist, exemplifies the violence faced by those who oppose business interests of the Honduran elite. Cáceres, winner of the prestigious 2015 Goldman Environmental Prize, was known for leading opposition to the construction of the Agua Zarca hydroelectric dam in Rio Gualcarque, traditional territory of the Lenca people. She was assassinated in her home by armed intruders after years of harassment. Cáceres' murder drew international attention, leading to wider scrutiny of the Agua Zarca project and the withdrawal of major financial backers.

On the morning that Molina was attacked, he published material on his Facebook page about the Cáceres’ case, including new information connecting executives at DESA with members of the Honduran government, and a leaked document from the National Police naming a Congressman as one of the suspected authors of Cáceres’ murder.

Ten days after the attack, CJFE Campaigns Coordinator Duncan Pike spoke with Jesse Freeston, a Canadian filmmaker and close friend to Molina. Jesse had just returned from visiting Felix in the hospital in Tegucigalpa when we spoke. 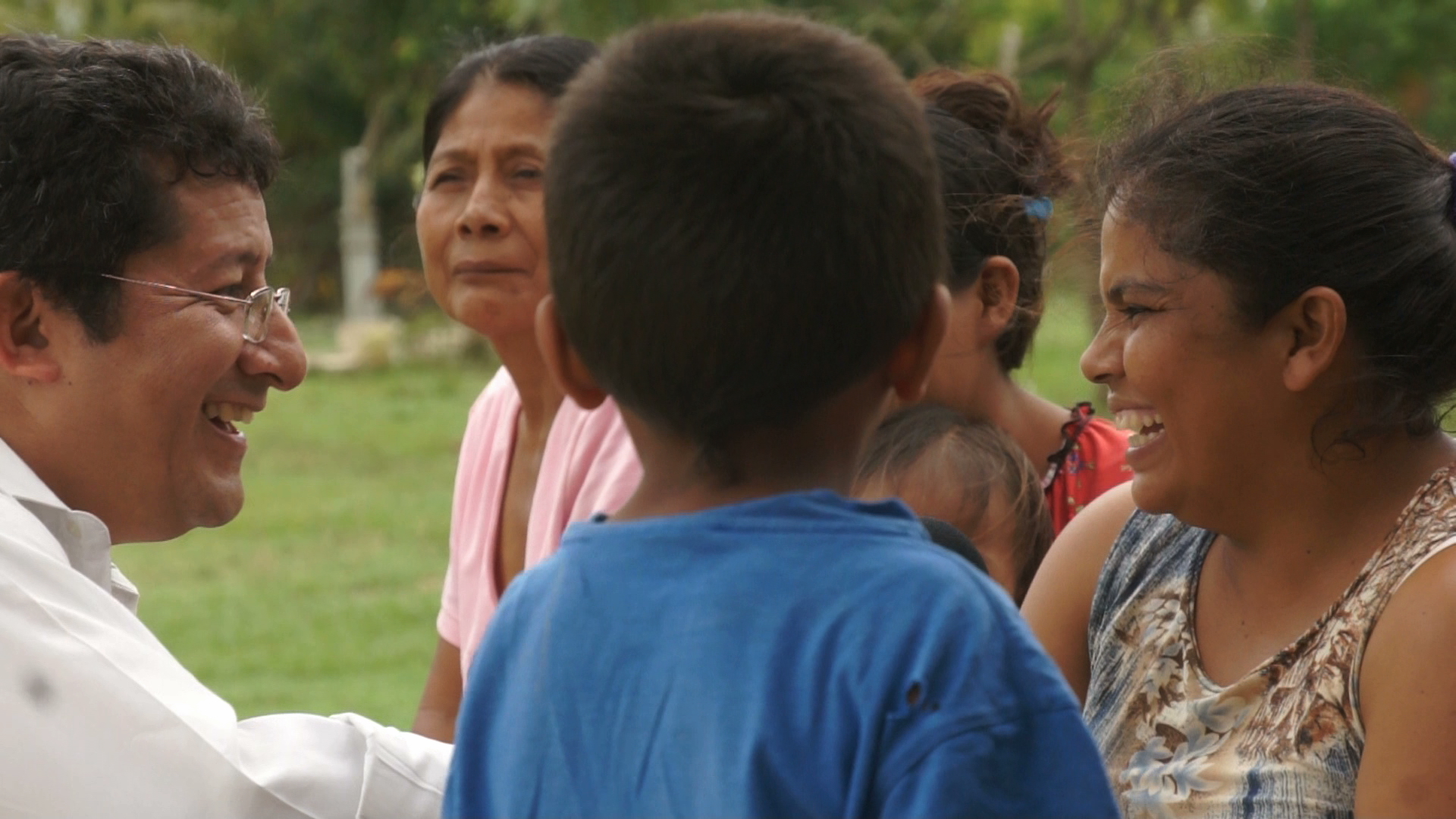 DP: While we don't know all the details of who is responsible for Felix's shooting, there have been suggestions that his attempted murder and that of Berta Cáceres may be connected.

JF: Yes, through his radio programme and on his Facebook page, Felix had been talking about information he had received regarding the Berta Cáceres case. Due to a lot of rare international pressure, it seems that the material authors of her killing have been identified. One is a major in the military, another a former lieutenant who was working as head of security for the dam company. And then the shooter and his brother. So these guys are going to trial. But the intellectual authors of Cáceres’ murder - the people who ordered it - have not been prosecuted.

DP: Could you tell me a little bit more about Felix?

JF: Felix got his start in the mid-1980s during the period of what was called the 'national security doctrine’. Leaders were regularly ‘disappeared’ and, like in Argentina, a group of women—mothers, sisters, partners and wives of the missing—formed an organization called COFADEH (Committee of Relatives of the Disappeared in Honduras). Today it is still the most respected human rights group in the country. Felix got his start coming out of journalism school covering them.

When the coup took place, Felix was Radio Progreso’s correspondent in the capital. He became one of the few journalists who kept reporting against the coup from a national radio station. Then when he created the program Resistencia and it became extremely popular, he used it to try out different experiments. For example, for a while Felix would prepare four different programs, and when he first got on air for the day he would invite people to call in and vote for what they wanted to discuss during the program. He would take 30 calls and if listeners wanted to talk about the Aguan Valley, they would say 'Aguan'. If they wanted to talk about the teacher's strike, they would say 'teachers’. He was putting all this extra work into preparing these programs that were never going to air so that he could offer listeners this opportunity to experience a slice of democracy.

The coup came the day that Hondurans were going to vote, for the first time ever, on something other than their leaders. A referendum was planned on whether the constitution should be rewritten. The coup was always about dismantling a participatory democracy, and Felix's program was always about trying to put that democracy into practice, at least on the radio waves. He became the glue for people who were opposed to the coup, one of the few people in the country who everyone respected. That was what got him the Chavkin Award in 2012 (for Integrity in Journalism in Latin America).

DP: And how did you start working with Felix?

JF: At first, I just really respected and followed his work. When I was doing a  documentary on the Aguan Valley, I reached out and asked if I could follow Felix the next time he went to the Valley. And then I started filming him and suddenly he became one of the main characters in Resistencia. The film chronicles the aftermath of the coup through the eyes of the campesinos, or peasant farmers, of the Aguan Valley of northern Honduras.

I was also drawn to his incredible interview style. It was so dynamic to have an outsider from the capital interacting with people in the Aguan Valley. We enjoyed each other's company and ended up working on another documentary project together on the 2013 elections.

DP: How has the climate been for journalists since the military coup?

JF: I would say it comes in waves. There have been a few high profile cases of journalists killed. One of them is in my film: Nahun Palacios was a journalist in the Aguan Valley who was covering the farmers’ struggle.

Radio Globo and Globo TV are the biggest national networks for anti-regime news, so they have been targeted a lot for political reasons. For instance, the director of the opposition broadcaster faced trumped up treason charges after publishing evidence that roughly $300 million US was taken out of the people’s social security fund. A study from the National University shows that at least 3,000 people died because they were unable to obtain access to medicine that was supposedly guaranteed for them through that social security fund.

DP: Would you be able to talk about the role of the American and Canadian governments in Honduras, and what a Canadian presence in the country has meant?

JF: What we saw in Honduras was a 21st century coup ‘experiment’. On the day of the coup, the U.S. and Canadian governments (and others) publicly stated, "This is a coup; we don't support this." However, Michael Jackson had just died and the coup went out of the news very quickly. The murder of Berta Cáceres was actually covered five times more in the English-language media than the coup itself. As soon as that declaration [against the coup] was made, the Canadian and U.S. governments went to work normalizing the situation, sometimes behind the scenes and sometimes very openly. Hillary Clinton is probably the most important person in the story outside of Honduras, in terms of some of the things she did to ensure that the coup succeeded.

Canada was the first government to sign a free trade agreement with the coup regime. We know from WikiLeaks that what appears to be the first foreign dignitaries to meet with the new coup government was a delegation that included Canadian ambassadors and mining executives. After the coup, the moratorium on new mining projects was conveniently lifted and a new mining law passed. Now a few years later, those projects are starting to go into production. In one case it looks like they are going to dig up a community cemetery in the Department of Copán in western Honduras to make way for a Canadian-owned and operated mine.

Another example of Canadian involvement since the coup is the tourism and retirement home projects. A man named Randy Jorgensen, who is rather infamous in Canada for launching the first 'Walmart of pornography', has been in Honduras since the coup launching his walled-in beachfront retirement homes on land claimed by the Afro-Indigenous Garifuna people. There have been ongoing court cases but Jorgensen has received full support from the Canadian government.

Want to take action? Sign the parliamentary petition calling for an investigation into the Canadian government’s role in Honduras during and since the 2009 coup.

DP: How is Honduras covered in the American and Canadian press?

JF: It’s the violence in Honduras that is covered. More broadly, when we hear about Central America, we only hear about violence and drugs, as if drugs were the cause of all the violence rather than gross inequality. It has been so scary with Felix over the past week; every single person we ran into—I’m not even exaggerating—shared stories about some close relative who has been killed or shot in the past month, or year or two. And the connection to the coup is almost never made, even though statistically everything has gotten so much worse since 2009.

I would tell foreign journalists who want to parachute in and cover Honduras that one of the ways they can really help is by working with a local journalist. Most foreign journalists don’t do this. As a result, they make sloppy mistakes because they simply don’t understand the situation. These collaborations are especially important in a country like Honduras, where having some sort of international affiliation provides local journalists a lot of protection. So if somebody like Felix can work with the CBC, or whomever, it gives them an international profile that acts as protection. If Canadian journalists see reporting that they like on the ground in Honduras, they should reach out to the local journalist.

Do you want to get in touch with a local Honduran journalist? Jesse knows many of them! He can be reached at [email protected].

The interview has been edited and condensed for clarity. Thanks to CJFE’s intern Samiha Sharif for transcribing our conversation.