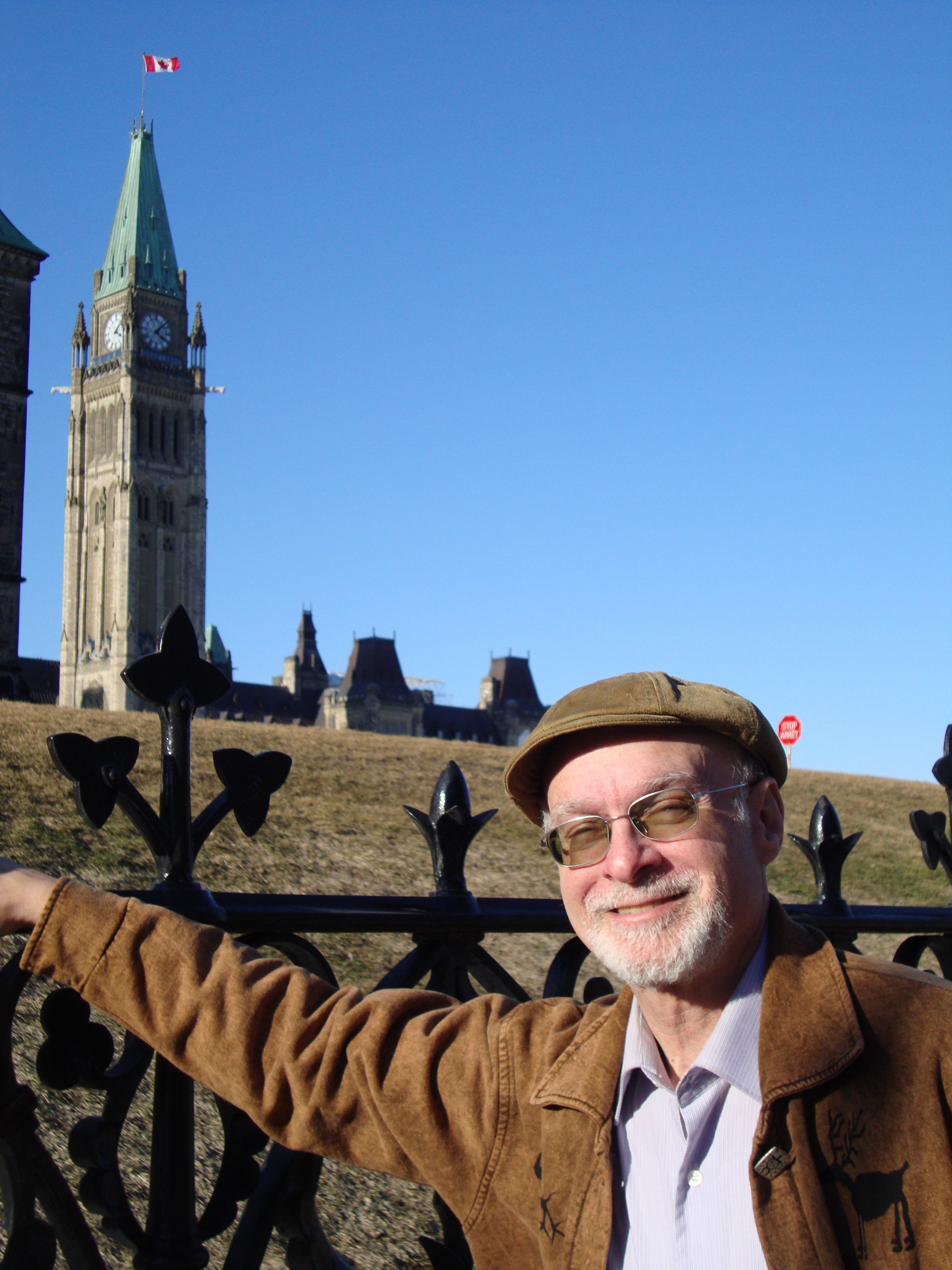 Ken Rubin has been labelled many things during his storied career: a snoop, a gadfly, a muckraker, a bastard and even a folk hero. Many people have confused what he does with practising law or journalism, or even detective work. However, he is best described as a long-time citizen advocate and commentator on secrecy practices and the right to information and in Canada.

One of Canada’s most prominent public-interest researchers, Rubin has submitted thousands of information requests over nearly 50 years. He analyzes the data for issues he follows and for the media, public-interest groups, labour unions, businesses, research associations and individuals. His information requests have resulted in hundreds of media stories, and his federal court actions have become benchmark cases for improving freedom of information and privacy protection legislation.

Born and raised in Winnipeg, Rubin first gained experience as a student leader and then by working with a number of social and community groups, becoming involved in various citizen, consumer and environmental movements. His public-interest work, which he calls “action research and investigation,” began with helping people who did not have the means to get information. This early work was frequently on neighbourhood planning and health and safety issues that can have a direct impact on people’s lives. Today, Rubin focuses many of his investigations on issues of environmentalism, consumerism (for example, food safety) and civil liberties.

It’s not as easy as filing an information request and waiting for a response to roll in. Rubin fights tooth and nail for the information he needs, often negotiating, cajoling and digging through thousands of pages of information – usually heavily redacted. “You’re in a constant battle with people who don’t want to give you information, who want to hide things or delay things,” he says. “Investigative research may imply that you’re neutral, but I’m not. You have to be a fighter; you have to be fearless.”

Filing an information request in Canada has long been a battle. Canada’s Access to Information Act (ATIA), passed in 1983 and has been plagued with issues. It’s increasingly common to hear about very delayed responses – up to three years beyond the 30-day time limit – as well as heavily redacted responses. In some cases, documents are not found, or cloak-and-dagger responses say that the documents may or may not exist.

In a 1987 article in Saturday Night magazine, Rubin noted these Access Act failings. That being said, he continues to stress that journalists, researchers and others should not rely on the Act for all of their information. “Particularly, journalists or MPs are now boxed in with this little tool. It’s a control tool; we should get most everything over the Internet [instead],” he asserts. “Other countries have better ways of getting their information.”

Most Canadians don’t realize that Rubin’s work has helped reveal critical information on air safety records, access to clean drinking water on reserves, federal meat inspection and more. One of his longest investigations, spanning more than 25 years, revealed that the Canadian government has poured millions of dollars into lobbying for the international promotion and export of asbestos. “The Canadian government harmed people around the world, which may sound very dramatic, but it’s actually true – they poured millions into promoting its use,” Rubin says.

Another request uncovered an unsavoury paradox: during the 1980s and ’90s, federal scientists from Agriculture Canada were involved in efforts to increase nicotine levels in cigarettes, which would make them more addictive, all while Health Canada was running campaigns to convince people to quit smoking.

Of course, the investigations are only a third of the battle. “I have to convince the media that this is a worthwhile story,” says Rubin. Then he has to get the general public to care – no mean feat. “Rarely do I see a concrete change. There was a change in public attitude about asbestos over the years, which my stories may have helped with,” he says.

Over the years, Rubin has become something of a thorn to government officials, multinational corporations and other public-facing organizations with something to hide. But he doesn’t do this for the prestige or the money (in fact, for some of his work, he receives little to no pay). He says he works to better the lives of others, and that he is motivated by three C’s: curiosity, courage and commitment. Without these, he explains, it would be nearly impossible to get up and do what he does every day. “You need to believe in social issues, redistribution, change. If you’re not curious, you’ve lost the battle before you’ve even started because you’re not going to convince the media or the public,” he says.

Rubin’s passion for freedom of information and expression, and his strong belief that one cannot exist without the other, show in another venture: the foundation he runs with his wife. The Ken and Debbie Rubin Public Interest Advocacy Fund helps the next generation of advocates by awarding grants to Canadian action projects that might otherwise not be funded. The projects range from social justice to freedom of information issues, and, of course, include public-interest investigations.

Rubin notes that, with the new federal government, transparency won’t appear overnight – journalists, researchers and citizens won’t always get what they want. “You still have to deal with [delays and redactions], and the government is still going to hide information,” he says. But, he adds: “If I can reach millions of people through one story and make people see when the government or corporations are being unethical, then that’s great.” The key, he says, is to keep asking questions, analyzing and digging for information in the battle for the public’s right to know. “Free expression starts with everybody. You have to be the little guy and keep fighting on.”

CJFE is honouring Ken Rubin with our inaugural Investigative Award, which recognizes a journalist, investigative researcher or media worker who has made a significant contribution to advancing investigative reporting in the public interest in Canada.

For his part, Rubin says the award “helps bring recognition to a needed dimension in the struggle for freedom of expression and tackling secrecy.”