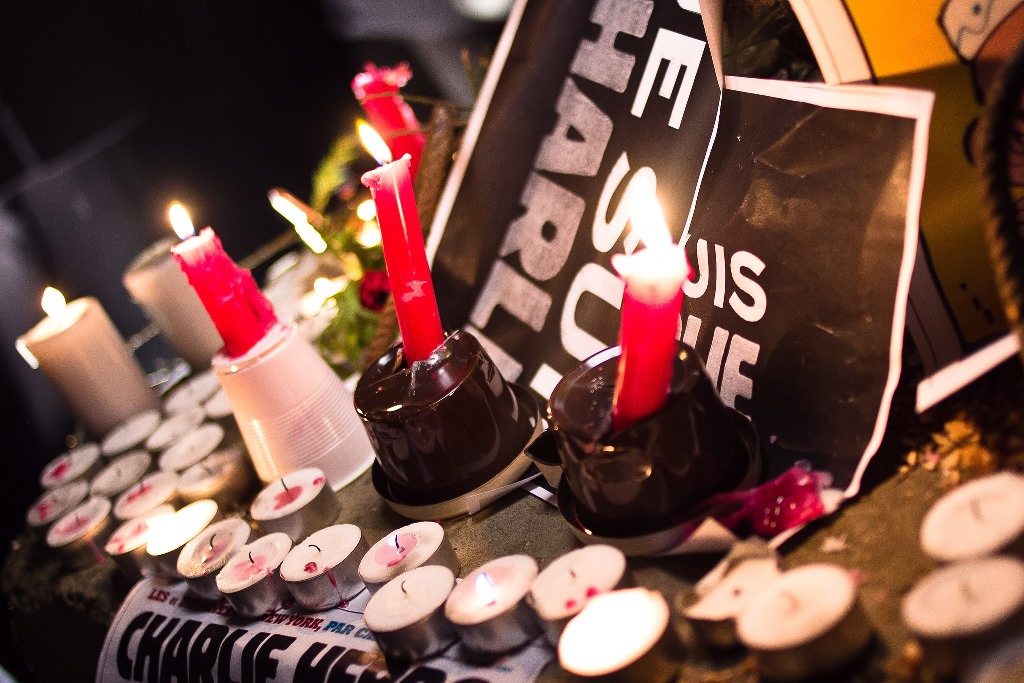 On the morning of January 7, 2015, two masked gunmen entered the offices of the French satirical magazine Charlie Hebdo. Twelve people were killed. The assailants, who claimed allegiance to Al Qaeda in the Arabian Peninsula and ISIS, justified their massacre as retaliation for Charlie Hebdo’s repeated publication of cartoons depicting the Prophet Muhammad.

This horrific event inevitably raised the question: Just what are the costs of free speech? In the year after the Charlie Hebdo attack in Paris, I asked several authors for their views on the importance of free speech and freedom of expression. What follows are the responses I received:

When I hear stories of Facebook accounts promoting violence against women, or videos designed to spread terror, I can't help but wonder if free speech should not be quite so "free." Free speech can be used to promote war as frequently as it is used to promote peace. It can be used to promote hatred and bigotry as easily as it can be used to promote tolerance and civil rights. It is up to those of us who enjoy freedom of expression to participate as best we can to maintain balance. For every comment that shows disrespect for others, there must be another voice to counter it. Trouble arises when the haters have more to say than the tolerant.

As for events [like Charlie Hebdo], I think one of the worst reasons to give up free speech is the threat of violence. On the other hand, free speech is most effective when conversations are conducted in an atmosphere of mutual respect. If the media is going to use a cultural or religious figure as an object of satire, there should be a very good reason. We must be willing to examine our own motives. What are we using our free speech to gain? Attention? Financial reward? Revenge? Freedom? Justice?

I think that, of course, free speech is vital. I don't ultimately think things like the terrible events in France will ever stop people from expressing themselves. At least I hope to goodness not. It's too important a right for humans to ever cave in and stop expressing ourselves and standing up to injustices in that way.

Of course I think the Charlie Hebdo attacks (and similar events) are deplorable and unquestionably wrong. I want to call these actions subhuman, but, alas, it's apparent these days that killing one another for reasons other than survival seems to be all too human and sets us apart from other animals. (I'm not thinking only of terror groups.) I must say that some of the Charlie cartoons depicting Muslims have made me a little uncomfortable. They have reminded me a little too much of the racist illustrations of Jews by Russians and Germans in another time—sinister, hook-nosed devils and lowlifes. It's always been difficult to see free press issues as black and white: where is that line between insult, abuse and racism, and caricature and satire? That line can never be determined, but writers and artists might keep the question in mind, I guess.

Lois Lowry (author of The Giver):

I think the Paris attack simply serves to remind us of the precariousness of our freedoms. I think we are too prone to make gestures—teddy bears and flowers propped on a sidewalk, pins with glib slogans, marches with linked arms and candle flames—which are in the long run somewhat meaningless and render the events themselves too quickly forgotten.

Beth Powning (author of A Measure of Light):

I do believe in free speech and freedom of expression. I also believe in respect as an important element of a balanced and civil society.

I'm a strong advocate of free speech. I think, for a society to proclaim itself as a truly free society, its citizens must be free to say anything they want. At the same time, just because we CAN say anything, doesn't mean we SHOULD. For instance, while I was shocked by the Charlie Hebdo slaughter, and while I stand by their side against those who viciously targeted them, I don't agree with their provocation of Muslims by depicting the Prophet Muhammad. If they were to lock horns directly with Al Qaeda and ISIS, they'd have my wholehearted support. For instance, if they wanted to show a cartoon of Osama Bin Laden and Abu Bakr al-Baghdadi at an orgy, it would have my backing. They would be highlighting the hypocrisy inherent in these most vile organizations that perpetuate twisted representations of Islam. But the vast, VAST majority of Muslims are no different to the vast, VAST majority of Christians, or indeed the vast, VAST majority of any religion—good, honest, hard-working, peaceful people with strong family values.

These decent, innocent Muslims don't like to see their prophet depicted in drawings. It's offensive to them. And I don't hold with needlessly causing offence to innocent people. If an Islamic cartoonist wanted to tackle that problem, good luck to them—I've a lot of respect for individuals who try to expand the boundaries of what is acceptable in their culture and society. But for outsiders to mock the most revered Islamic figure, I don't think that's acceptable. Did it merit execution? Absolutely not. But does it merit my complicit support? Equally, I would say, absolutely not.

The key to free speech for me, once it is granted, is in knowing what to say and when. If we don't take the considerations of others into account, we are just hollering ignorantly. For me, being a human of good account is all about finding a happy middle ground, where we have the freedom to say anything we want, but the wisdom and compassion to choose those words with care.

Laura Michelle Thomas (author of Polly Wants to be a Writer):

Charlie Hebdo. It made me realize that in life, as in fiction, we always have conflict: man versus man, man versus society, man versus nature, man versus self. In fact, each of us is always entangled in multiple conflicts every day. Being human is about choices and being brave about making them when you know there is someone else out there who is equally brave and determined in their own choices, which are directly opposed to yours. I think what this tragedy has made clear is that free speech and freedom of expression on a policy level has nothing to do with free speech and freedom of expression in practical terms, because when you speak your truth, you are always going to be defying someone else’s truth. And so the conflict continues, because we are never all going to agree on a single truth. A writer has to be brave, braver than a politician even.

Who do you agree with above? Do you have a different opinion? Let us know in the comments below!

Spencer Folkins is a 17-year-old writer from New Brunswick. His poems and articles have been featured online and in five anthologies and one magazine for young writers. He is the YouthWrites representative for the Writers’ Federation of New Brunswick and is the recipient of the 2014 New Brunswick Day Merit Award for Arts and Culture. He currently attends Sussex Regional High School and hopes to one day teach English as a second language.