Sneak Peek of Exclusive Cartoons in the 2014-15 CJFE Review 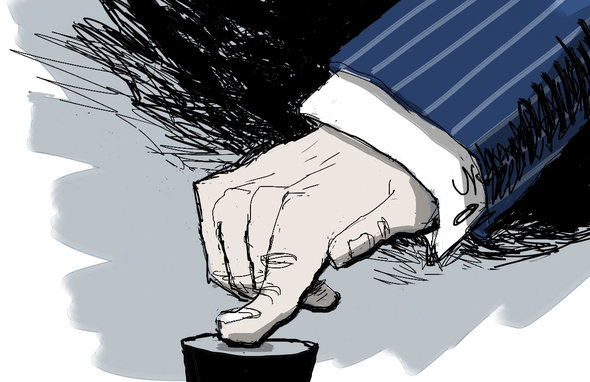 In addition to insightful articles, statistics and balanced analysis from leading figures in law, journalism, advocacy and academia, CJFE’s annual Review of Free Expression in Canada features cartoons from top Canadian artists that illustrate some of the pressing free expression issues on which we report. We’ve already given sneak peeks at the content of this year’s Review, and this week we’re thrilled to present some of the amazing cartoons that will be showcased.

1. Cinders McLeod is an editorial cartoonist for various newspapers in the U.K. and Canada, and former Art Director at The Globe and Mail. This year’s Review will include two new cartoons from Cinders, including this one for David Christopher’s article, “True Free Expression Requires Privacy.” 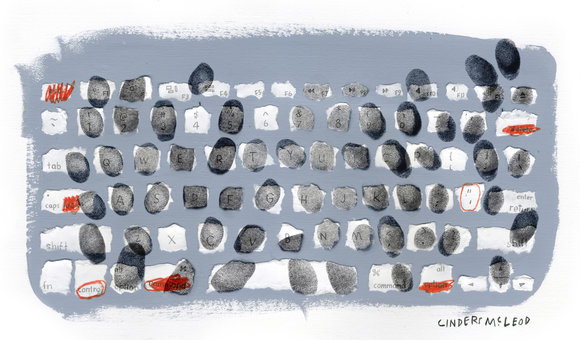 2. Brian Gable is a Canadian editorial cartoonist for The Globe and Mail and winner of multiple National Newspaper Awards. In addition to creating the cover of this year’s Review (CJFE members will get a sneak peek of it soon!), his work will feature alongside some of the articles. Check out Brian’s portrayal of the government’s ongoing silencing of scientists for Michael Rennie’s article, “All Quiet on the Science Front.” 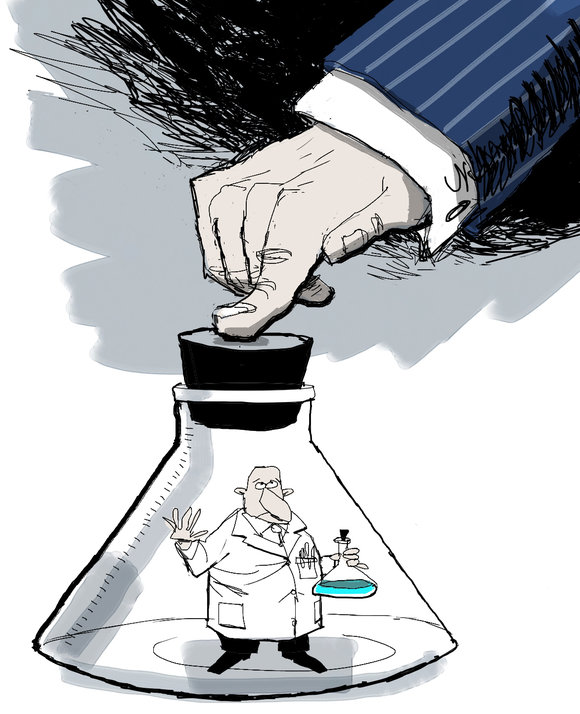 3. Each year the Canadian Committee for World Press Freedom (CCWPF) holds the International Editorial Cartoon Competition, and we’re pleased to feature the 2014 first-place cartoon from Bruce MacKinnon alongside the article “Free Expression is Slipping Away,” by Alice Klein. Bruce is a multiple award winning editorial cartoonist for The Chronicle Herald. 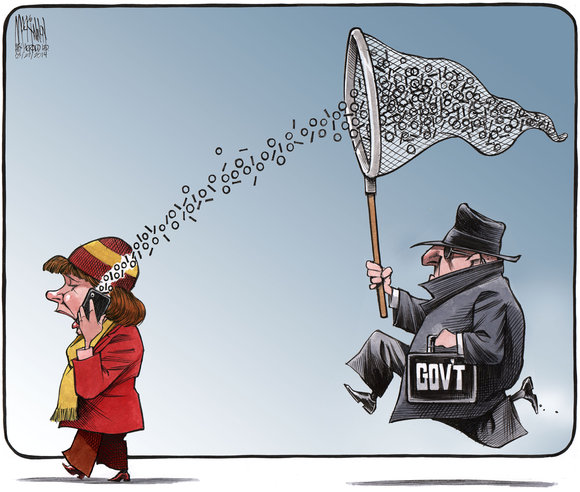 We’re thrilled to showcase these amazing cartoons in this year’s Review of Free Expression in Canada. The entire Review team has been working tirelessly to prepare this publication, and we’re grateful for all of the support we have received to help us make this possible. You can help us achieve our goal of $7,000 by becoming a member of CJFE. Up until the Review launch, memberships are 70% off! Share your support of CJFE’s work to protect and defend your rights on Twitter and Facebook.