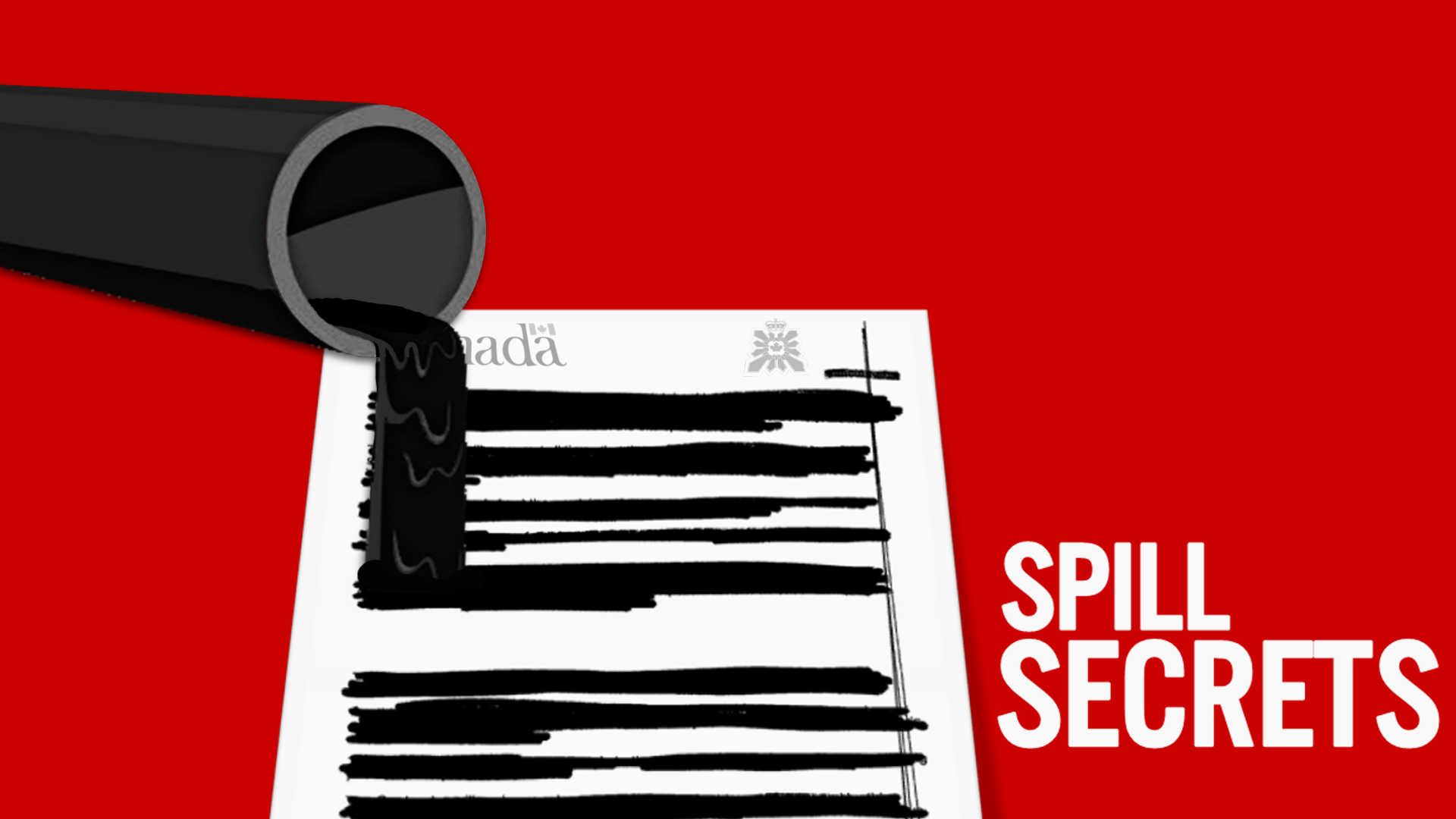 Canadian Journalists for Free Expression (CJFE) is calling on the Canadian Government to launch an inquiry into allegations of the suspicionless surveillance of environmental activists. We further want the government to voluntarily disclose all documentation about the extent and specifics of this practice, and to ensure that Canadians are never again targeted by state intelligence for environmental advocacy.

AS PIPELINE PROJECTS ARE DYING, IT'S TIME FOR TRANSPARENCY ON SPYING

In 2013, the Vancouver Observer published information revealing that agents with the Canadian Security Intelligence Service (CSIS) and the Royal Canadian Mounted Police (RCMP) had worked with pipeline companies to monitor opposition.

In January 2014, an RCMP memo identified the "anti-petroleum" movement as a threat to the security of Canada. The RCMP suggested that groups such as Greenpeace, Tides Canada and the Sierra Club support growing militancy in the "anti-petroleum movement."

Also in 2014, former MP Chuck Strahl, who had been a member of Canada’s spy watchdog the Security Intelligence Review Committee (SIRC), became a lobbyist for Enbridge Inc. a company which had previously worked with spies on surveillance of environmental opponents.

The Anti-terrorism Act, 2015 (formerly, Bill C-51) labelled “interfering with critical infrastructure” as a threat to the security of Canada. Advocacy for or promotion of protest activities that are deemed to interfere was explicitly criminalized in the text of the bill.

In 2016, an RCMP liaison made repeated attempts to contact Grand Chief Ron Tremblay of the Wolastoq Grand Council in New Brunswick about ongoing protests.

Later in 2016, documents published by security researchers Jeffrey Monaghan and Andy Crosby confirmed that the RCMP had spied on several dozen indigenous activists and allies across the country. This program, dubbed ‘Project SITKA,’ occurred during the summer of 2014 as heated anti-oil sands protests reached their peak.

In 2017, the National Observer published a story reporting that one of its own reporters, Mike de Sousa, had been the subject of a private investigation aimed at identifying his alleged whistleblower source within Canada’s National Energy Board.

Also in 2017, the Federal government tabled Bill C-59, An Act respecting national security matters, which proposes a removal of the advocacy or promotion offense in Bill C-51 and clarification of a threat to the security of Canada as “significant or widespread interference with critical infrastructure.” However, no clear definition is provided of what ‘significant’ connotes in this context. Civil society groups have expressed concern about the wording of the new legislation.

The BC Civil Liberties Association (BCCLA) has recently sued the government after a federal watchdog denied their allegation that environmentalists in the province had been spied on. Concerningly, the groups implicated in the surveillance have been banned from speaking publicly about the evidence. This is a clear breach of their Charter rights.

The truth is, we don't know how bad the spying has been. Canada’s Access to Information (ATI) system has huge flaws, with the majority of documents being returned with significant redaction. A recently introduced Bill C-58, An Act to amend the Access to Information Act and the Privacy Act, has widely been described as inadequate by subject matter experts.

There is a wealth of anecdotal evidence from activists and journalists that indicates that the Canadian government and its agencies have systematically spied on environmental activists. The fact remains that the practice of spying on environmentalists has apparently been widespread while poor ATI controls mean relatively few pieces of evidence have been obtained and made public.  CJFE condemns the practice of state surveillance and its subsequent concealment as an attack on the right to free expression and on the public's right to know.

Faced with the prospect of being surveilled or criminalized for participating in a demonstration or espousing a position publicly, many people may choose not to speak out and that leaves our democracy weaker. Spying on activists is a fundamental violation of the Charter of Rights and Freedoms.

We the undersigned call on the government of Canada to: