Protest at Turkish Consulate in Toronto against crackdown on free expression 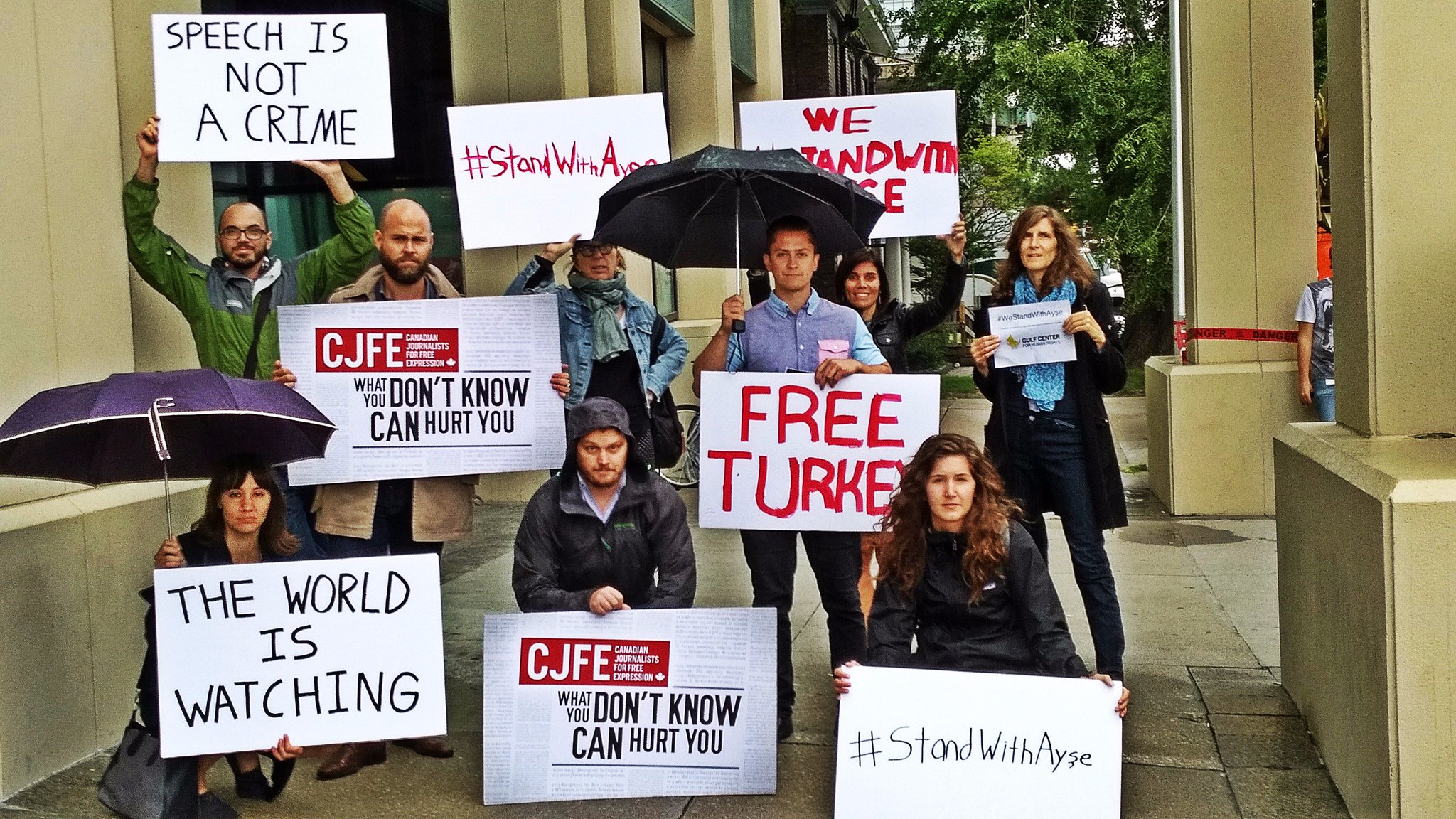 Toronto, ON (September 22, 2016)—Canadian Journalists for Free Expression (CJFE) and the Initiative for Freedom of Expression – Turkey are leading a coalition of free expression and civil society groups to protest outside the Turkish consulate in Toronto on September 23, 2016, at 12:30 pm in support of free expression in Turkey.

This protest coincides with the first hearing in the case against Ayşe Çelik, a Turkish teacher prosecuted for criticizing Turkish military action against civilians in the southeastern region. 31 individuals who co-signed her statement are also being tried in Turkish courts.

Event Details: Stand With Ayse and Free Expression in Turkey

Her comments led to a harsh backlash on social media by pro-government individuals and media outlets. An investigation was opened against her on the charges of “promoting terrorist organization propaganda.”

In response to the criminalization of Çelik’s speech, 31 people signed on to her statement, many of whom lived in or had recently travelled to Diyarbakir, the region identified in her televised appeal. The case was subsequently expanded to include all signatories. If convicted, they each face up to 7.5 years in prison.

CJFE and the Initiative for Freedom of Expression – Turkey are coordinating a series of parallel protests outside Turkish diplomatic missions in cities around the world to coincide with the hearing of her case. Organizations joining the protest at the Turkish consulate in Toronto include Amnesty International Canada, IFEX, the Anatolian Heritage Federation, the Toronto Kurdish Community & Information Centre, and PEN Canada. CJFE has also requested a meeting with consular officials but have, to date, received no reply.
Event Details: Stand With Ayse - Free Expression in Turkey

"Democracy in Turkey is rapidly failing." says Tom Henheffer, Executive Director of CJFE. "Nowhere is this more evident than in the Turkish government's jailing of journalists, free expression defenders and citizens that it deems political enemies.To show it has any semblance of respect for free expression, Turkey must immediately release and drop the charges against Çelik and all other prisoners of conscience it is persecuting."