Syria: Faces of Survival and Resilience - The Photography of Ali Mustafa 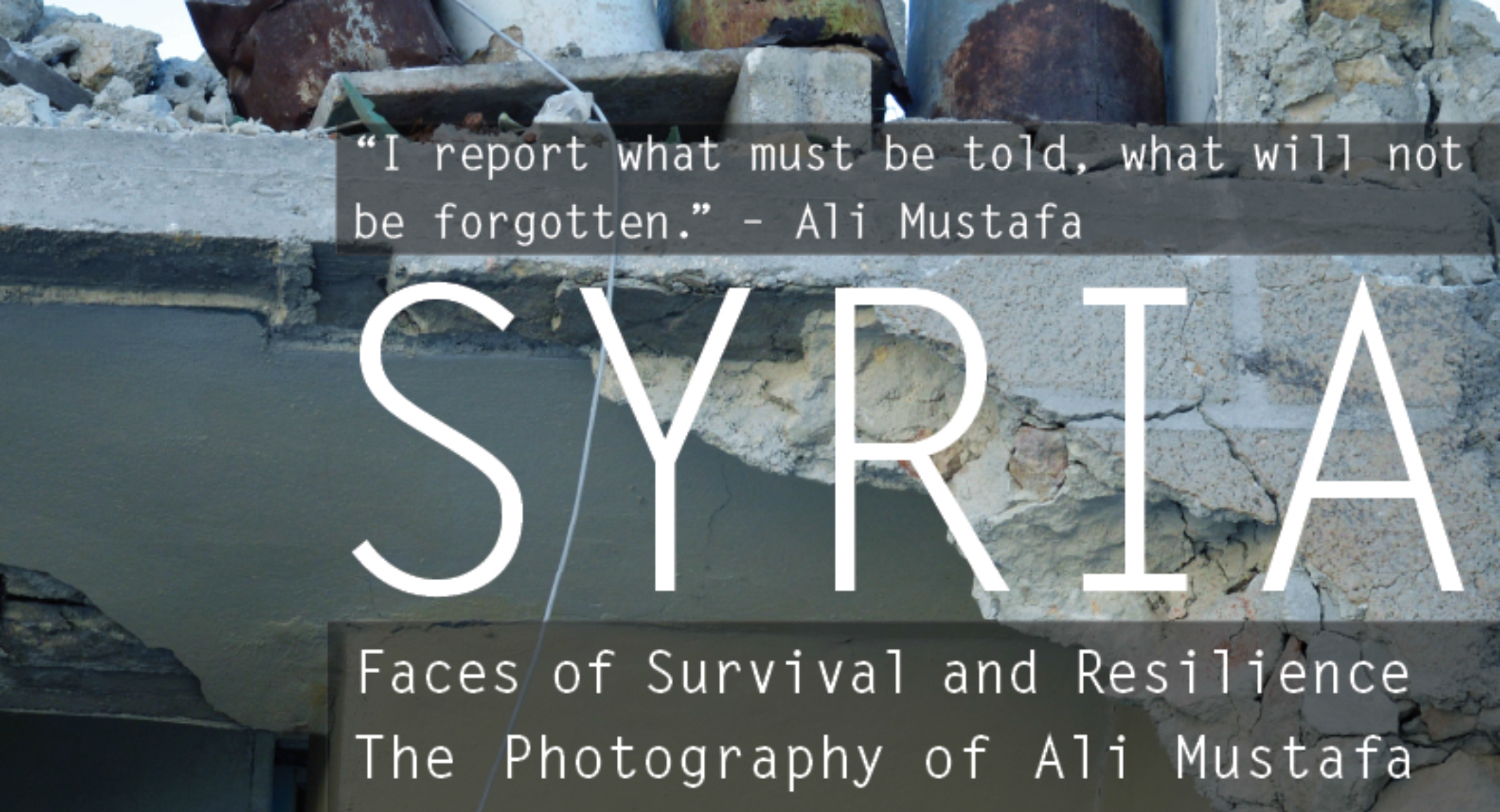 Light refreshments will be served.

As we celebrate Toronto photojournalist Ali Mustafa’s memory and legacy on the second anniversary of his death, the Ali Mustafa Memorial Collective invites you to an exhibition of some of his most moving and vivid photography from Syria.

The exhibit will open on March 12 with a memorial and the announcement of the inaugural winner of the Ali Mustafa Memorial Award for People's Journalism, launched in 2015 to support freelance photojournalists document stuggles for social justice.

"I report what must be told, what will not be forgotten."

Ali Mustafa (1984 - 2014), a Toronto-based freelance photojournalist, activist and writer, was killed in Aleppo along on March 9, 2014, in an aerial bombing carried out by the Syrian government. Prior to his work in Syria, Mustafa had also reported from Egypt, Palestine, Brazil and Canada, and his images were featured in a number of outlets, including The Guardian, Le Nouvel Observateur, Journal du Dimanche, and The Times of London.

With this exhibit, the Ali Mustafa Memorial Collective honours Mustafa’s self-declared commitment to using the art of photography to put a spotlight on the rarely covered human side of war. Disheartened by Western media coverage of the Syrian conflict and the treatment of the plight of civilians as mere statistics, he felt compelled to witness firsthand the ongoing tragedies of everyday life he could no longer ignore.

Mustafa’s reporting expanded far beyond stories of death, displacement and destruction. Instead, his intimate portraits of Syrians living and resisting in the face of devastation were guided by a commitment to show, above of all, people’s strength, survival and resilience against all odds. More than a mere vocation, photojournalism represented for Mustafa a tool for realizing his radical vision of social justice. Through his principled people’s journalism, he worked to sow the seeds for what he called ‘genuine people-to-people solidarity.’

As images and stories of displaced Syrians fleeing ravaged neighbourhoods have come to capture the attention and imagination of the world over the last several months, and as the scale of the humanitarian crisis in the country only continues to grow, Mustafa’s work continues to serve as a call to action and a timely reminder of the need for principled solidarity.