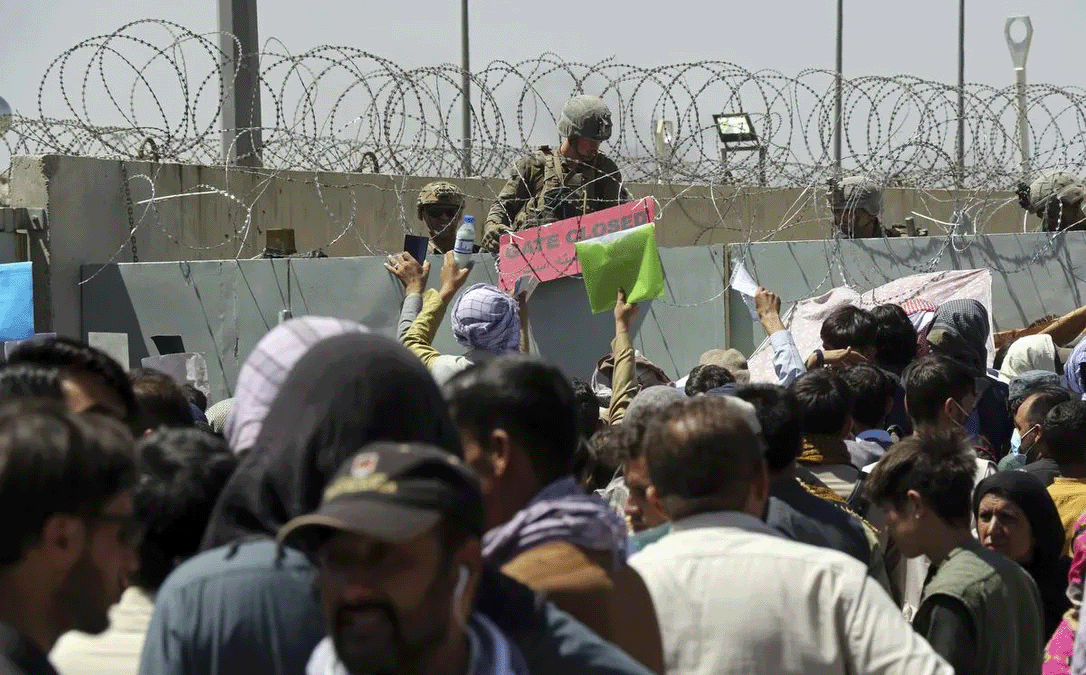 The termination of evacuation flights on Thursday cannot end Canada’s obligation to Afghans left behind and at risk of Taliban reprisals.

Working as a journalist in Afghanistan was never easy or safe.

Afghanistan ranked 122 out of 180 countries in the 2021 World Press Freedom Index compiled by Reporters Without Borders, which counts 27 journalists killed in the country since 2015. Amnesty International warned earlier this year of “spiralling threats, intimidation, harassment and violent attacks” against media workers that left 11 dead in 2020.

“Dozens of others have been injured, while journalists routinely receive threats, intimidation and harassment because of their work,” the organization stated in May.

Yet against such odds, vibrant journalism had emerged from the darkness after the Taliban’s rule ended in 2001. Citing local journalism organizations, Reporters Without Borders said the country had at least eight news agencies, 165 radio stations and 190 print publications and 12,000 journalists. Among them are 1,741 women.

It’s a testament to the bravery and determination of all those who worked in the media field. My own two trips to Afghanistan to report on Canada’s military mission gave me a firsthand appreciation of the courage of local journalists and the often dangerous conditions they worked under.

But the Taliban’s takeover of the country is testing their bravery.

The very Afghans who struggled to build a democratic foundation for their country — women leaders, human rights defenders and journalists, among others — are now most at risk from a Taliban that in the past has opposed everything such individuals stood for.

A Taliban spokesperson made the dubious claim to Reporters Without Borders that “no threat or reprisal will be carried out against journalists.”

Yet the journalism organization notes there’s good reason for skepticism, citing its own 2009 report that under the previous period of Taliban rule, virtually all media outlets were barred. Even before recent events, it had warned that women journalists were already vulnerable “in a country where they are among the leading targets of fundamentalist propaganda.”

Now with Taliban in charge, reports of intimidation make clear the escalating dangers, confirming worries whether journalists can continue to function.

“Everybody I’ve spoken with is terrified, understandably terrified. I’ve had probably a dozen emails a day, and most of those people can cite specific examples where they’ve either been threatened or family members have been,” said Michelle Shephard, the International Committee Chair for the Canadian Journalists for Free Expression.

Media organization and individual journalists in Canada have been getting personal appeals for help from those in Afghanistan.

“The amount of people who have reached out is absolutely overwhelming,” said Shephard, an independent filmmaker and journalist who previously worked at the Star.

There are many ways western nations can help. Among the suggestions: grant asylum to journalists and media workers; facilitate visas and help with travel logistics; give priority to women journalists and those from ethnic and religious minorities facing higher risk; and provide emergency funding to help with immediate needs, such as relocation and support for those who remain.

Torstar, the parent company of the Toronto Star, joined other media outlets and organizations in calling on Ottawa to help those Afghans who provided invaluable help to Canadians, such as journalists, drivers and translators.

Earlier this month, the federal government did announce a program to resettle vulnerable groups that includes journalists and people who assisted Canadian journalists.

Yet the Taliban’s swift advance on Kabul, the capital city, caught Canada and other nations by surprise, forcing a desperate effort to evacuate as many people as they could by air.

Brent Jolly, president of the Canadian Association of Journalists, has been working with others to compile names of those who need help, and to get those names to the government.

“It’s basically trying to get as many people out as possible, either to the airport or to a hotel where somebody can come pick them up … to get them to the airport and get on a plane,” Jolly said.

But in the chaos, it was hard to ensure complicated logistical arrangements came together. “People that we thought were en route to the airport might not have gotten there,” Jolly told me Wednesday.

The delayed response of governments meant it was always a race against the clock. With Washington’s Aug. 31 deadline for its own troop withdrawal, Canada ended its evacuation flights early Thursday, leaving thousands behind to an uncertain fate.

Federal government officials say efforts to help those still in Afghanistan will continue. But they also made plain the challenges, given the security risks and questions whether civilian flights would resume — and if the airport would even remain open. The alternative of moving people by land to neighbouring countries is fraught.

Yet the termination of evacuation flights cannot end Canada’s obligation to Afghans. “I would think that this effort can’t stop. The government must look to other ways to help,” Shephard said.

During the long multinational mission that sought to bring security and stability to Afghanistan, many Afghans bravely helped out, knowing they risked reprisals. With the Taliban back in charge, the risks of reprisals loom large and seem likely. The federal government can’t give up on them now.