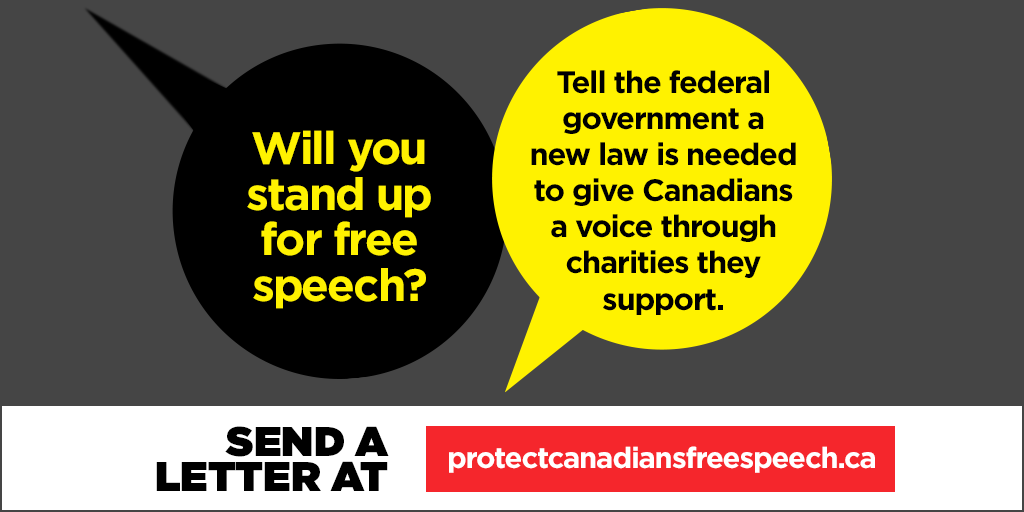 For decades, Canadian charities have given voice to the many concerns of Canadians who want social progress, better health and a clean and safe environment. Laws banning smoking in public spaces, the creation of anti-drinking and driving laws, and reducing acid rain are just a few of the important measures that were a result of charities voicing Canadians’ concerns.

But the rules around what charities can and cannot do are open to abuse because of ambiguous and arbitrary guidelines that can be interpreted differently by governments and courts. This has led to numerous charities being harassed by costly audits. If the laws aren’t changed, this can continue to happen. The federal government must keep its promise to create a new law that protects your right to be heard through the charities you support.

Minister of National Revenue Diane Lebouthillier is currently reviewing the rules under which charities can speak out in Canada. And Minister Lebouthillier wants to hear from you! But you only have until November 25th to make your voice heard.

Tell the federal government a new law is needed:

Doing so will ensure all Canadians continue to have an avenue to voice their concerns on issues that impact their daily lives. Will you stand with us and ask for a better and more just Canada?

CJFE has joined a coalition of more than 15 organizations to call for a new law that gives citizens a voice through charities they support:

Learn more at the coalition's English and French websites: