The best moments from the 2014 CJFE Gala 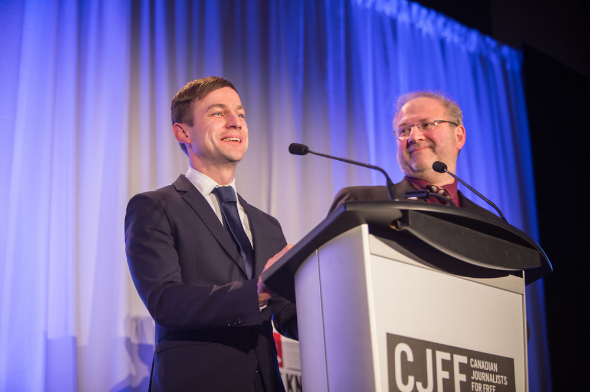 Wednesday, December 3, marked our 17th annual CJFE Gala. Last night's Gala was a truly unforgettable evening for free expression. To those who attended, we invite you to revisit all of the Gala's highlights. To those who were unable to join us, you have all of the evening's best moments and content available right here. 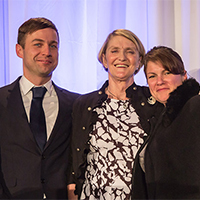 View a gallery of photos from the evening. Thanks to Andrew Williamson for being our photographer for the night! 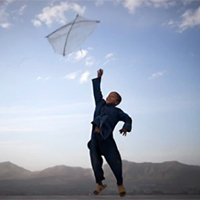 View each of the incredible videos shown at the Gala, honouring our amazing award winners, and highlighting CJFE's ongoing work to protect free expression in Canada and around the world. 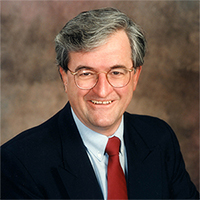 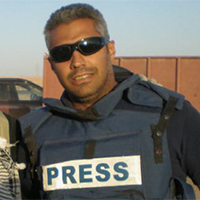 Although he couldn't be with us in person, Mohamed Fahmy's presence was felt throughout the room as we read an excerpt of a letter written by Mohamed Fahmy, currently detained in Egyptian prison. 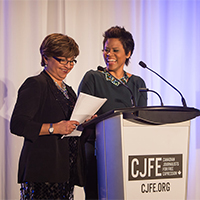 Read CJFE's heartfelt thank you to everyone who helped make the 2014 CJFE Gala a great success - the award winners, guests, sponsors, co-hosts, and more. 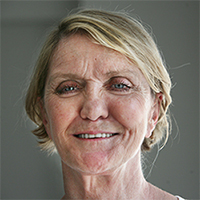 Kathy Gannon For more than two decades, Kathy Gannon has been a special regional correspondent for AP in Pakistan and Afghanistan. In April 2014, she and her longtime work partner Anja Niedringhaus were shot at by an Afghan policeman. Niedringhaus was killed instantly. CJFE is honoured to present Kathy Gannon with the 2014 Tara Singh Hayer Memorial Award in recognition of her courage, determination to speak truth to power, and dedication to the people whose lives she charts so faithfully. Read more about Gannon's story. Watch Gannon's acceptance speech. 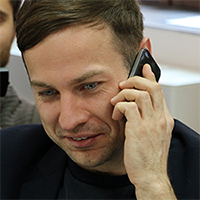 Oleksiy Matsuka Oleksiy Matsuka is a veteran investigative journalist from Donetsk, eastern Ukraine. In August 2011, an unidentified intruder set Matsuka’s apartment on fire following the publication of several articles on the embezzlement of public funds by senior regional officials. The attacker left a wreath on the front door inscribed with the note: “To Oleksiy, from grieving friends.” Despite this, and a number of other attacks, Matsuka doggedly continues his reporting and refuses to be intimidated or silenced. For his courageous work, CJFE is awarding Matsuka with the 2014 International Press Freedom Award. Read more about Matsuka's story. Watch Matsuka's acceptance speech. 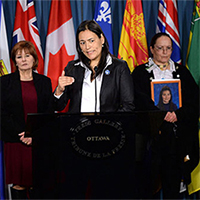 Native Women's Association of Canada (NWAC) The Native Women's Association of Canada (NWAC) was instrumental in documenting the number of Indigenous women who have gone missing or been murdered in Canada since the 1980s. CJFE is honoured to present NWAC with the 2014 Vox Libera Award for their work in bringing this crucial issue of public interest to light. Read more about NWAC's story. Watch NWAC's acceptance speech.