The case for covering resilience when reporting on Indigenous issues 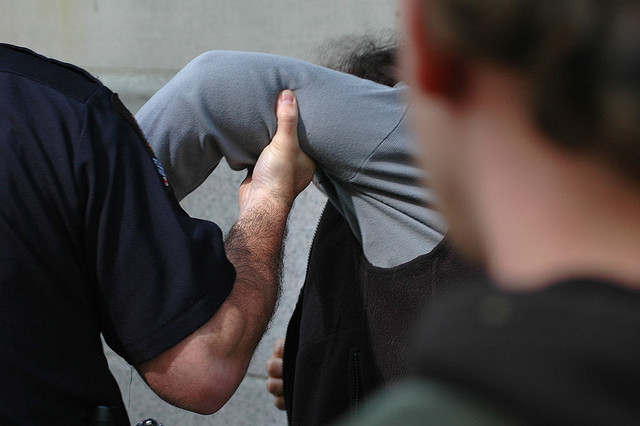 Belcourt is from the Driftpile Cree Nation, a student at the University of Alberta and President of the Aboriginal Student Council. He calls for journalists to do a better job at representing Indigenous people, following a damaging experience he had with a local paper.

The article, meant to highlight Belcourt’s university accomplishments, led by describing him as an Indigenous person who faced family violence. But Belcourt was actually referring to his grandfather’s experience as a residential school survivor when speaking to the reporter. The article’s language implied otherwise and Belcourt was flooded with phone calls from family members, concerned that the paper reported a false history of family abuse.

Coverage of Indigenous communities in Canada often focuses on social problems like violence, addiction and poverty. But as journalists, if we dwell only on the negative we miss crucial trends happening in Canada concerning both Indigenous and non-Indigenous people.

We live in a time when Canadian institutions are being held accountable to the Truth and Reconciliation Commission’s wide-reaching recommendations, when Indigenous leaders are holding positions of power in Canadian government, and when precedent-setting legal decisions about resource development are fundamentally changing the power balances over our economy.

So how can we journalists adapt our reporting approaches to accurately represent the evolution of our country and communities?

These were questions I struggled with myself while reporting this fall in the Prairies alongside Nancy Macdonald, associate editor of Maclean’s magazine, as part of a system-wide investigation into the disproportionate number of Indigenous people in the criminal justice system. (Discourse Media’s work was supported by the Canadian Journalists for Free Expression Bob Carty Free Expression Fellowship).

Ten years ago Maclean’s published an article labelling North Central Regina Canada’s worst neighbourhood. People there haven’t forgotten. Betty Krohn, a long-time resident of North Central, told us that the article’s author missed a huge part of the story. Despite crime statistics, there is also a profound community of support, she claimed.

Krohn also stressed the need to focus on solutions when asked about negative perceptions of police in her neighbourhood. She explained that some police officers go out of their way to build relationships in North Central, helping with local events like chili cook-offs and local bike programs. “They’re known faces in the community,” Ms. Krohn told us. “I think that’s really important and beneficial.”

We also spoke with Margaret Poitras, CEO of the All Nations Hope Network. Poitras also didn’t want to dwell on her negative experiences. “We need to look at the strength of the Indigenous people. We need to talk about getting to the deeper rooted issues of what’s going on in our communities.”

As reporters on difficult issues, we tend to think that we’re doing our job when the issues (usually framed as problems) receive widespread coverage, as if increased quantity of stories is an antidote for underrepresentation. But the reality is that more representation isn’t always better representation. Too often these stories serve only to reinforce negative stereotypes and don’t advance solutions. This means we have to find ways to include the voices of people that are neither villains nor victims in the issues we cover, the people who are impacted but often overcoming their challenges. 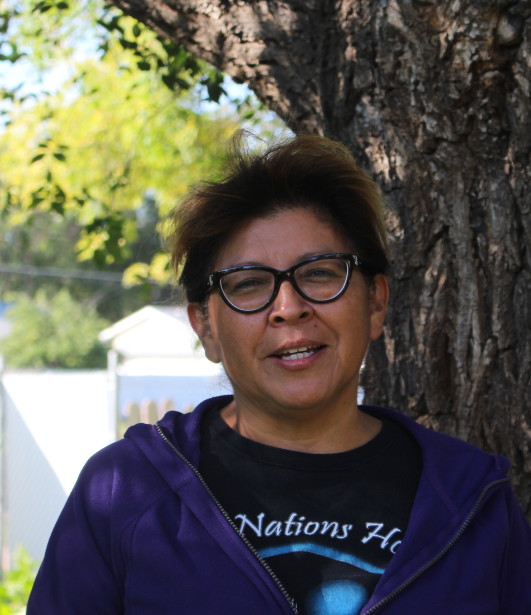 Margaret Poitras, CEO of the All Nations Hope Network: “We need to look at the strength of the Indigenous people.”

The Globe and Mail’s Folio story from January 29, 2016 offers a lesson on how to produce serious reporting that acknowledges resilience. Journalists Wendy Stueck, Carrie Tait and Kathryn Blaze Baum found a story of resilience amongst the tragic shootings in La Loche, Sask. Their piece, “A familiar pain, a persistent hope,” begins, “La Loche rarely makes provincial or national headlines, but when it does, there tends to be violence, fires or suicide attached to the story.”

But read further down and a more nuanced picture emerges: “There are social problems in La Loche . . . but there is also optimism and resilience.” Dozens of locals told the authors their hometown is unfairly portrayed as a hopeless place. The crime rate is dropping, and a local youth centre is being built. A Facebook post from local teachers read, “We will be back. We will rebuild. We will get better together.”

The article places these anecdotes in the backdrop of Trudeau’s promises to honour a “nation-to-nation” relationship based on collaboration, respect and a national inquiry into Canada’s missing and murdered Indigenous women. Times may be changing, the article suggests. Showing both the tragedy and the resilience is an important part of leaving room in our narratives for the possibility that communities facing hardship can move forward.

Indigenous people are reclaiming power and influence, argues John Ralston Saul, award-winning philosopher, novelist and essayist, in his recent book The Comeback. He calls for Canadians to rethink the national narrative of sympathy towards Indigenous people. Writes Saul, “The flow of history is reinforcing the position of Aboriginal peoples. To attempt to deny or to turn back such a moment of creativity would be self-destructive for Canada.” Saul’s point is that our dialogue about Indigenous issues is dominated by sympathy only, and we aren’t addressing the very real inequities and solutions. As journalists, we’re also simply missing a side of the story and presenting a less accurate version of these issues than we could be.

Discourse Media is currently developing a project focused on journalism and reconciliation. If you’re a journalist, or anyone else who is interested in this subject, please get in touch at [email protected]