The government is about to unveil its plan for Bill C-51. They need to hear from you. 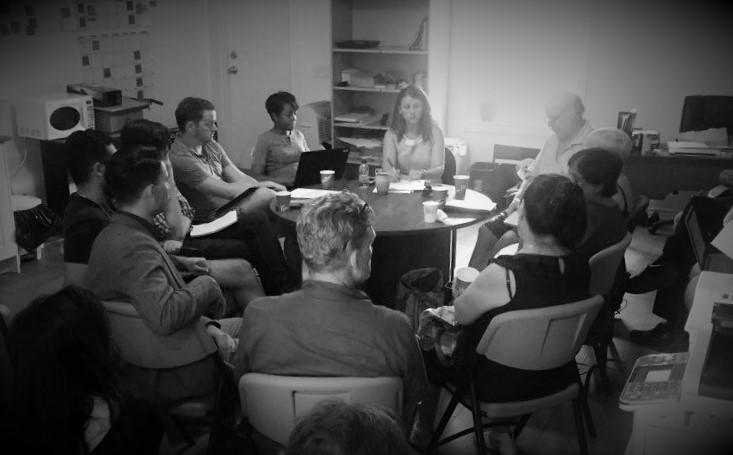 On August 29, 2016, CJFE Campaigns Coordinator Duncan Pike attended a constituency meeting on Bill C-51 hosted by Liberal MP Julie Dzerowicz. It was a low-key roundtable and most of the talking was done by constituents. The event represented a small first step towards fulfilling the federal government's promise to undertake consultations with Canadians on national security reform and amend the unconstitutional provisions of Bill C-51.

The big news is that, within the next week, Public Safety Minister Ralph Goodale will release the government's long-awaited policy paper on overhauling the national security system, and announce concrete details about the larger consultation process. MP Dzerowicz made it clear that this process will go beyond Bill C-51 to encompass the broader national security system under which Canada operates.

Bill C-51, or the Anti-Terrorism Act 2015, has been widely criticized by experts and Canadians across the country as being irresponsible, dangerous and ineffective. This fundamentally flawed law jeopardizes many of our most basic rights and liberties and threatens the health of our democracy. It undermines freedom of expression, eviscerates privacy rights, enables unnecessary surveillance and radically expands the powers of CSIS, Canada's intelligence agency.

The tone of the meeting was positive and the overwhelming sentiment of those who came to the event was critical of and opposed to Bill C-51, as you would expect. Dzerowicz seemed genuinely open to input and has previously stated that she finds the bill “unacceptable” in its current form. This is consistent with the official position of the Liberal Party during the last election to support the legislation proposed by the former government and amend it once in power. All of this is encouraging, though the decision to release the policy paper so close to the Labour Day long weekend doesn’t suggest that the government is especially keen on making waves in the media and attracting Canadians’ undivided attention.

Since the day Bill C-51 was announced, CJFE has worked to stop, and then overturn, this dangerous and irresponsible legislation. We’ve continued this work during the summer. Our campaign over the past few months has focused on a parliamentary petition calling for a review of the bill (only nine more days left to sign!). We’ve also pushed to keep Bill C-51 in the media spotlight and worked behind the scenes to ensure Members of Parliament know that Canadians haven’t forgotten about the government’s promises.

Sign the parliamentary e-petition calling upon the government to fully commit to a review of Bill C-51 and remove the aspects that violate Canadian Charter rights.

Our next steps will be analyzing and responding to the contents of the policy paper, making sure that Canadians have all the resources they need to contribute to the consultation process and contributing to public discussion while helping to set the terms of the wider debate. We’ll hear a lot of talk about how terror attacks over the summer show that any changes made to Bill C-51 will prevent our intelligence agencies from protecting Canadians. This is fear-mongering, and we’ll do everything we can to make sure that narrative doesn’t go unchallenged.

All of this will take place in concert with our civil society partners, as does everything we do as an organization. Defending our fundamental rights and extending democratic control to our secretive, unaccountable national security system is ongoing work that cannot succeed without the support and participation of Canadians across the country. No government will make the kind of substantial changes we’re seeking and no intelligence agencies will submit to less power and greater oversight unless they are pressured by engaged citizens. This is your country, and your voice will be needed more than ever in the weeks and months to come. Stay tuned.

Read about how CJFE has advocated, educated and litigated to kill this unjust legislation on our Bill C-51 campaign page. Want to stay informed about this campaign? Sign up for CJFE’s mailing list.