The Gutting of Brazil’s Internet Bill of Rights 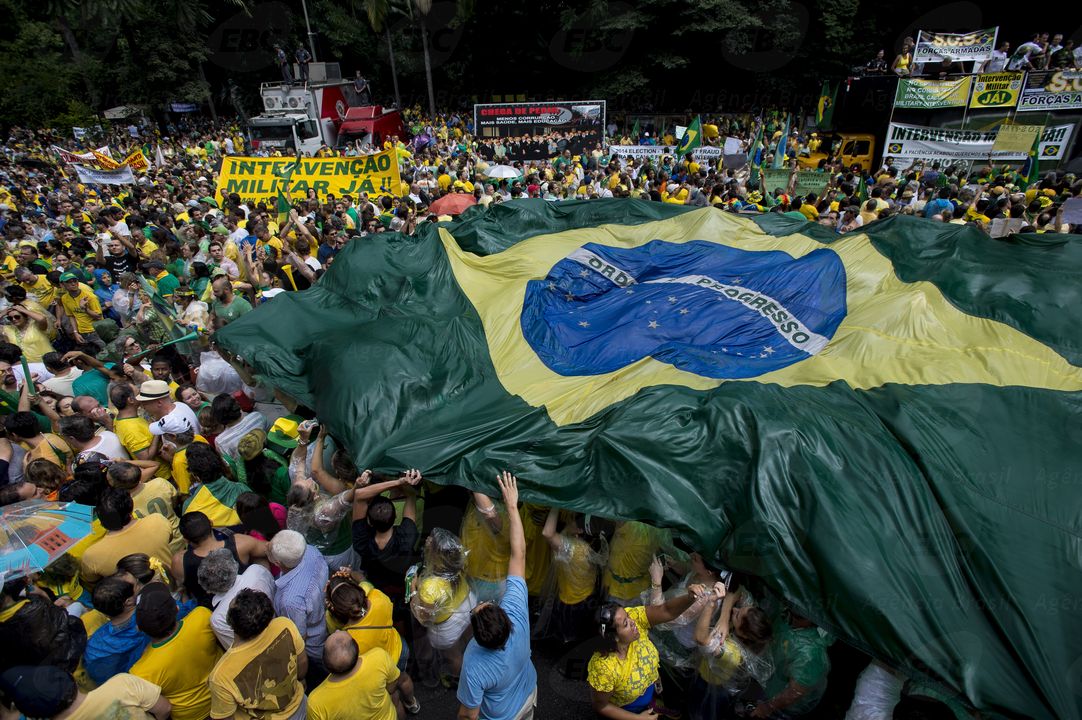 Originally designed and created for military uses, the Internet has, since the 1990s, spread its wings around the world—today, it’s impossible to think of our world without access to it. It’s through the Internet that billions of people communicate with each other, read news, make purchases, pay bills, discuss the most diverse of subjects, and more. More than any other technology developed before, the Internet is able to really put the entire world in touch.

What do we do, then, when this access and freedom are threatened by local laws?

Brazil is one of the first countries in the world to enact legislation that defines the rules and borders of Internet use. Since it was enacted in April 2014, this Brazilian Internet Bill of Rights, known locally as the “Marco Civil da Internet” (“Civil Mark of Internet”) has set the norms for neutrality (operators are not allowed to discriminate or charge differently by content type or origins), privacy (record of services provided will be stored under confidentiality and available only via judiciary request) and offences (websites have no responsibility for what is posted by users, but must remove posts if it’s required by justice). The legislation was praised worldwide, including comments by world-wide-web inventor Sir Tim Berners-Lee himself.

Despite this, criticism of the law argued it was a government maneuver that would give it the ability to gather any available data, as well as to control, surveil and track any Internet user. And, less than a year after the legislation was enacted, Brazilian politicians were already trying to make amendments and change certain articles in order to make it ‘better’…but not for Internet users.

The first amendment to be proposed was PL (Projeto de Lei, Portuguese for ‘bill’) 1879/2015, which added an article establishing an obligation to collect additional user data for applications that allow posting public information by third parties—“blog comments, forum posts, status updates on social networks, or any other form of information input on the Internet.” The amendment would allow the government to request the full name of the user and his/her Brazilian CPF (Individual Taxpayer Registry) Number.Similar to a U.S. social security number, this unique, permanent number is given to citizens and residents and required for any tax and revenue-related activities, including opening bank accounts and applying for jobs. After six months of processing, the amendment was filed in December 2015.

Another proposed amendment, PL 215/2015, at first appeared to be a simple proposal to increase penalties for crimes committed through social networks. But as months passed, three additional amendments were added on top of it—PL 1547/2015, PL 1589/2015 and PL 4148/2015—that resulted in a project which has come to be  known as the Spy Bill or a new attempt to enact a gag law.

These multiple amendments combined to render most of the good aspects of the Internet Bill of Rights invalid.

One of the greatest achievements of the Internet Bill of Rights was that court orders were required to approve access to user data by any public authority, as in any regular democratic country in the world. The resulting amendments, however, eliminate this requirement and enable any authority—government, parliamentarians, Prosecution Office—to request not only user metadata (such as IP addresses, dates, times of connection, and what was accessed by that IP) but also to access private communications such as emails, SMS text messages, and chats through apps such as WhatsApp and Facebook Messenger. All of this without judicial authorization.

In addition to this, the legislation promotes major changes to the very crime complaints. Formerly, crimes against honour (a broad category of libel-related offenses in Brazil) committed on the Internet were only prosecuted if the victim filed a complaint with a specialized police station. The legislation changed this, obliging the Prosecution Office to sue perpetrators, thereby transforming the Prosecution Office into public lawyers that must work for politicians and other authorities. This legislation is so problematic that a simple criticism against any politician written on a Facebook page can lead to the poster being sued by the Prosecution Office. Depending on what is written, the Internet user can be accused of heinous crimes and punished with up to six years in prison.

The justification given by the parliamentarians who proposed these amendments to the Internet Bill of Rights is that they aim to combat crimes against honour. The reality, however, is the creation of loopholes that also allow them to punish and silence any uncomfortable or critical information and comments published online about the government or parliamentarians. And what can be considered uncomfortable? Almost anything.

Let’s use the example of former President Lula. After his name was repeatedly mentioned in reports in relation to the ‘Lava Jato’ (an investigation by Brazil’s Federal Police and Prosecution Office into a large money laundering and embezzlement scheme involving state-owned oil company Petrobrás, large contractors and politicians), the former president began filing lawsuits against journalists. As described by reporter Fausto Macedo on his blog at the O Estado de S. Paulo newspaper portal, Lula affirmed having begun to prosecute individual journalists:

“When I sue newspapers, the owner gets rid of the case [by] blaming the journalists. So I said I will begin suing journalists to see if we can recover the dignity of the category and make people realize that, when they write something that hurts someone, it has consequences. [...] From now on I will sue everyone—criminal, civil, whatever—to see if we can put some order in the house.”

Any Brazilian politician who shares this way of thinking can take advantage of the Internet Bill of Rights, as it makes it easier for any interested party to force Internet users to remove content—from their websites, blogs, social networks, etc.—that associates their name or image to perceived defamatory comments. It thereby gives authenticity to the cycle of censorship and online harassment against those who criticize politicians and public figures, from journalists to regular citizens who are fed up with so many broken electoral promises.

There’s (yet) another amendment, PL 2390/2015 which, under the justification of “prohibiting children and teenagers to access electronic sites with inappropriate content,” creates the National Register of Internet access. Yes, you read that correctly: a National Register for Brazil’s Internet. This would mean that any Brazilian Internet user would have to be registered and give his/her full name, address, ID, and CPF number, even if the user’s intention is not to produce content but only to access a website to check the forecast or read the news. Before accessing anything on the Internet you’d have to access the Registry, which would “lock access to sites that disseminate inappropriate content for children and teenagers contained in the register.” If you’re not registered, you would have no Internet access at all.

This would take the notion of “Big Brother” to a whole new level. You wouldn’t be able to check a simple forecast, news headline, or public transportation fare without identifying yourself in first place. How easy would it be for the government to track all of your movements and activities on the internet without your knowledge and agreement? How would you know if your access to a website has been blocked or denied? What if you’re looking for information on the Opposition Party and the government begins tracking you simply for visiting their website? The potential for rights violations is extreme.

All things considered, it’s also worrying to realize that these amendments have been voted on quicker than most other proposed bills ever manage to achieve. In less than a year they have typically been ready to be voted on by parliamentarians, when many other projects that are crucial to the Brazilian population are left in limbo (for years or decades).

The amendments to Brazil’s Internet Bill of Rights ignore not only constitutional principles of privacy but also expose all Internet users, that is, all Brazilians, to increased censorship, surveillance, intimidation and persecution for their online activity. The simple presentation and defense of such proposals would be reason enough to make us all worried, but they are even worse when we realize that freedom of expression and communication—not only for journalists, but for more than 204 million Brazil inhabitants—is severely threatened by 500 people, more or less, who think themselves more special than others simply because they are politicians.

Luiz Hidalgo Nunes Jr. is a freelance journalist from São Paulo, Brazil, with more than a decade of experience in television, magazine, newspapers and web journalism. He is currently completing the 2015-16 Scotiabank/CJFE Journalism Fellowship at Massey College in the University of Toronto.