The problems with publication bans 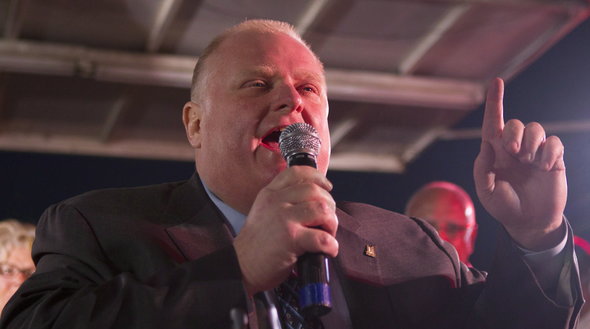 Publication bans are supposed to be employed by the state only when absolutely necessary to protect the rights of individuals caught up in the judicial process. Unfortunately, these bans are overused and often overly broad, and as a result, the public is denied the timely information it needs to scrutinize our court system.

The Canadian judicial system is meant to be transparent and open to public scrutiny. Secrecy is to be avoided whenever possible. However, according to the law, there are circumstances where justice can only be done if a publication ban is imposed. The Supreme Court of Canada has reiterated on several occasions that judges should only impose publication bans when absolutely necessary and on the clearest of evidence that a ban is required to advance the ends of justice.

At the risk of oversimplifying, a publication ban may be ordered because it is required by statute (e.g., the Youth Criminal Justice Act) or as a result of judge-made law, such as when the publication ban order is made to protect the fair trial rights of an accused person.

Judges are usually given discretion on ordering a publication ban. However, legislation can also require that a ban be mandatory. This typically happens when the interests protected relate to an accused person in a particular circumstance (e.g., the bans imposed at bail hearings or preliminary hearings) or to protecting the vulnerable, such as the bans under the Criminal Code enacted to shield the identity of alleged victims in sex crimes. But these compulsory bans can lead to counterproductive and absurd results.

Rehtaeh Parsons is a name Canadians know well. The Nova Scotia teen committed suicide at age 17 as a result of severe cyberbullying, including the dissemination of horrific pictures of her being raped when she was 15. She was the most famous victim in Canada at the time. However, once child pornography charges were laid against two young men, a mandatory Criminal Code ban was instituted, prohibiting the publication of Rehtaeh Parsons’ identity. Because of this mandatory ban, designed to protect victims of child pornography, the judge had no choice but to impose the ban.

In effect, the Criminal Code mandated that the genie be put back in the bottle. Noting the absurdity of the situation, the judge remarked that perhaps no one would seek to enforce the ban, thus leaving everyone in a state of dissatisfaction and uncertainty. The publication ban made it illegal for Rehtaeh Parsons’ parents and their supporters to continue to use her name in their highly principled ongoing campaign to advocate for victims of cyberbullying. As her mother noted, by taking the power of her name away, the state stripped Rehtaeh of her voice a second time.

Ultimately, seven frustrating months after the publication ban was instituted, Nova Scotia’s attorney general announced that no one would be prosecuted for using Rehtaeh Parsons’ name unless it was used in a derogatory way. Nevertheless, those who publish her name, including her parents, were, and are still, technically violating the Criminal Code provision that was put in place to protect the very people it is now re-victimizing. The answer, of course, is to amend the legislation so that a judge has discretion in cases where victims or their families want their identity to be known publicly.

In other cases, publication bans and sealing orders delay public scrutiny of important information. The sealing orders in the 2013–2014 police investigations of then Toronto mayor Rob Ford kept secret much of the information police presented to judges in order to obtain highly intrusive search warrants (which were also hidden from the public for many months). The media argued that part of the public’s right to oversee and comment on the actions of the police and judiciary were rendered sterile if the public could not know the grounds upon which the court was granting these search warrants.

In one aspect of the proceedings, the office of Ontario’s attorney general fought the media tooth and nail trying to convince the court to read the Criminal Code in a manner that would prevent the public from knowing what wiretap evidence the police had relied upon in order to convince judges to issue search warrants.

Finally, after months of unnecessary litigation, the public was given access to this information, which revealed the deep concerns the police had with Ford’s alleged illegal activities and association with organized crime.

PROTECTING THE ACCUSED AND VICTIMS

As mentioned above, some permanent publication bans are mandated by legislation to protect vulnerable youth or those who lack capacity. If anyone under the age of 18 is charged with an offense, the Youth Criminal Justice Act requires a publication ban on the identity of the person charged, and any victims and witnesses under 18, as well as any adult whose name could identify the youth if it were made public (e.g., a family member).

The intent of the legislation is no doubt well meaning. But because its application is predicated on the age of the accused, it leads to the absurd result of protecting the identities of victims and witnesses if, and only if, the accused is under 18. If the accused is 18 or older, the Act does not apply and thus provides no protection to victims and witnesses. (In some cases, victims under 18 are protected, but this is generally done because of the nature of the crime—such as sex crimes—not the age of the victim.)

THE RIGHT TO A FAIR AND PUBLIC TRIAL

Section 11(d) of the Charter guarantees a “fair and public” trial. But, more and more, courts are taking into account the impact of social media when it comes to publication ban applications sought in order to protect fair trial rights.

Publication bans in the interest of fair trial rights are based on the theory that prior knowledge about a case might prevent prospective jurors from being able to render an impartial verdict, so certain information ought to be held back until the trial process is over.

The courts are less concerned about the release of information well in advance of the trial date because people’s memories are short and prospective jurors can be questioned about any prejudices. However, violating a publication ban during the course of a trial, where memories are fresh and prejudice cannot be pre-empted through the jury selection process, is very serious. In those cases, the court can order media outlets to pay the costs if a mistrial is declared, but, generally, the violation of a publication ban is punished with a fine.

Social media, the Internet and our advanced methods of communication have resulted in members of the public hearing more about cases prior to trial than ever before. More and more, when a publication ban is challenged, judges are re-examining the effectiveness of the ban. In overturning publication bans, courts consider the proximity to trial, the oath jurors take to render an impartial verdict and the attention jurors are to give to the judge’s instructions.

The problem we frequently encounter is judges granting publication bans without hearing an argument about why the ban is unnecessary or inappropriate. In those situations, media outlets must apply to the court to make an argument about why a ban should be lifted. Needless to say, this is frustrating, expensive and time-consuming, and it can significantly delay the release of important information to the public.

The damage to the public’s right to know what transpires in our public court system is done when information is delayed or no one challenges the publication ban. Interestingly, these pretrial prophylactic bans do not exist in the United States. Instead, lawyers are granted much more leeway to question potential jurors, to ensure they are capable of rendering an impartial verdict.

Recent decisions in the Rob Ford–related litigation indicate that the courts may be inclined to place greater reliance on jurors to decide cases only on what is presented to them in court. However, it would make sense to allow counsel for the accused more opportunity to question prospective jurors since the alternative, which may be more frequent and intrusive publication bans, flies both in the face of our open court principle and the technological revolution in communication the world is experiencing.

Peter Jacobsen is a partner at Bersenas Jacobsen Chouest Thomson Blackburn LLP, a Board member of CJFE and Chair of the CJFE Canadian Issues Committee, and he regularly represents media clients.

This piece was originally published in CJFE’s 2014-15 Review of Free Expression in Canada.

Free Expression: Canada Review of Free Expression in Canada type-feature Publication Bans type-blog_entry 2015_review
Do you like this page?
Tweet