Trading Away Our Rights 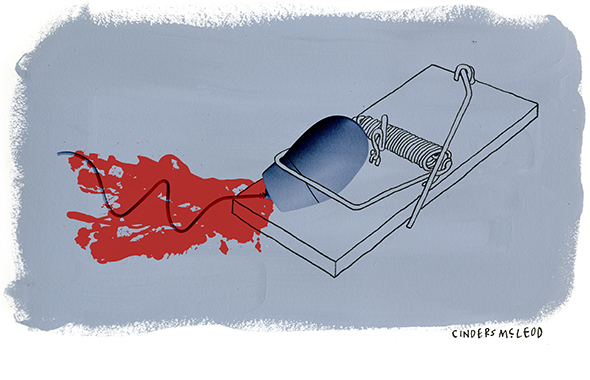 Friday, June 26, 2015
This piece was originally published in CJFE’s 2015 Review of Free Expression in Canada.

Since October of 2012, the Canadian government has been engaged in secret international trade negotiations that have dramatic, wide-ranging implications for ordinary citizens—with absolutely no public or journalistic oversight.

What exactly is this massive international agreement all about? It’s called the Trans-Pacific Partnership—TPP for short—and it is, without a doubt one, of the largest and most comprehensive regulatory free trade and regional investment treaty in history. If ratified, the TPP has the potential to radically change everything from our copyright laws and Internet privacy to our grocery bills and our employment rates.

Negotiations began in 2002, for what was then called the Trans-Pacific Strategic Economic Partnership (TPSEP). Talks for an expanded version of the agreement, the TPP, began in 2010 and continue today. As of 2015, 12 countries throughout the Asia-Pacific region—Australia, Brunei Darussalam, Canada, Chile, Japan, Malaysia, Mexico, New Zealand, Peru, Singapore, the United States and Vietnam—have signed on to participate in negotiations.

The official story, according to the signatories, is that the TPP is a comprehensive attempt to reduce tariffs and address emerging trade issues in the 21st century by significantly improving trade remedies, reducing technical trade barriers, restructuring intellectual property laws, and promoting mutually supportive trade and environment policies and enforcement of environmental laws.

So why is Canada interested in joining the agreement? Well, according to the federal government: “Being part of the TPP enables Canada to not only strengthen partnerships in Asia-Pacific but also to help develop an initiative that is driving regional economic integration and setting new rules for how trade is negotiated on a broader scale.”

On the surface, that seems like a pretty standard trade agreement—so why all the secrecy? And even more important, why should we care about the TPP at all?

For starters, analyses of the chapter in the TPP pertaining to intellectual property (IP) reveal that the agreement poses a massive threat to freedom of expression in a number of ways. For example, Article 16 of a leaked 2011 draft of the TPP mandates that countries create “legal incentives” for Internet service providers (ISPs) to do their own copyright policing online. This means ISPs would start actively monitoring our online habits, making our browsing activities and histories readily available to government agencies without the need of a warrant, deleting outright any online content deemed to be unfavourable—including the removal of entire websites—and even terminating our access to the Internet.

The TPP will also bring in tougher rules for “fair use” exceptions from copyright law. It will be much more difficult for teachers to copy parts of books for educational purposes, and for journalists to quote copyrighted materials in news articles—and, as a result, make it harder for them to help create a well-informed citizenry.

What’s more, while the public and media are locked out of all negotiations, consultation groups composed of private lobbyists have been given access to the talks, showing how the lack of transparency within the TPP is being exacerbated by a two-tier approach to accessibility, which gives corporate interests insider access to the negotiations.

So what can be done to stop the TPP, before it drastically reduces Canadians’ freedom of expression in favour of corporate interests?

The first step is helping people get more informed. Play your part by signing OpenMedia.ca’s petition atStopTheTrap.net, writing to your MP and telling your friends and family about the dangers the TPP poses to free expression. The TPP is a serious threat, and Canadians deserve transparency and accountability from their government.

A.T. Kingsmith (@akingsmith) is a Ph.D candidate in political science at York University and a member of CJFE’s Digital Issues Committee.