Truth is not a defence

…and other reasons why hate speech allegations should only be adjudicated through the criminal law process. 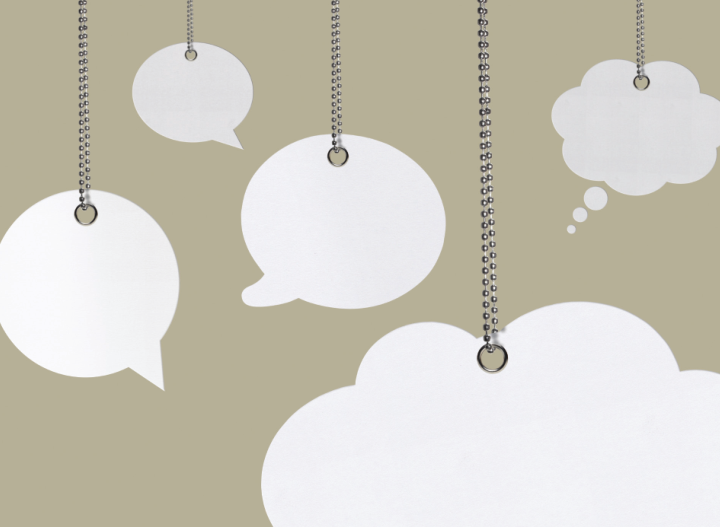 By Peter Jacobsen and Nadine Touma

While awaiting the Supreme Court of Canada’s recent decision on hate speech (Saskatchewan Human Rights Commission v. Whatcott, 2013 SCC 11), many had hoped the Court would lead off with a robust affirmation of freedom of expression that would inform the guidance it would provide to the lower courts and the various Canadian human rights commissions.

In its intervention on this case, CJFE advocated removing the offence of “committing hate speech” from the purview of the various federal, provincial and territorial human rights codes altogether, in favour of leaving the heavy lifting in this area to our criminal courts and the provisions of the Criminal Code.

In addition to the inconsistencies and vagaries inherent in having each federal, provincial and territorial jurisdiction possess its own distinctly worded human rights code, each of the free-standing human rights commissions and tribunals enforces its legislation to prohibit hate speech in accordance with its particular standards and definition of “hate speech.” Indeed, one positive development from the Whatcott ruling, released Feb. 27, 2013, was the Supreme Court striking down part of the definition of hate speech contained in the Saskatchewan Human Rights Code. Unfortunately, a Supreme Court review of the other Canadian human rights codes must await the “right case” coming before the Court.

There have also been troubling questions raised about whether Canada’s various human rights commissions and tribunals possess the expertise and clinical objectivity that need to be brought to bear when divining the bright line between actionable hate speech and merely vile, objectionable speech.

In the WIC Radio case (WIC Radio Ltd. v. Simpson, 2008 SCC 40), the Supreme Court proclaimed that freedom of expression and debate is the “very life blood of our freedom and free institutions.” The Court went on to assert that in Canada, “we live in a free country where people have as much right to express outrageous and ridiculous opinions as moderate ones.”

Nevertheless, the Supreme Court began its ruling in Whatcott by cautiously reminding us that Section 2(b) of the Charter of Rights and Freedoms, which provides a constitutional guarantee of freedom of expression, is not an absolute right.

The Court is correct on the theory. Any Charter guarantee of constitutional rights, including freedom of speech, is subject to limits designed to prevent clear and identifiable harm (not merely speculative harm) to specific individuals. There are many examples of laws that restrict free speech aimed at a clear and identifiable harm: the laws of defamation; laws to protect the identity of minors in certain circumstances; restrictions to prevent victims of certain crimes from being identified; restrictions to limit expression that could be harmful to Canada’s national security; and laws to protect an accused person’s right to a fair and public trial.

In accordance with Section 1 of the Charter, all of these legislated limits must be “reasonable limits prescribed by law as can be demonstrably justified in a free and democratic society.”

Our courts, with their well-trained judges and established procedures, are better equipped to make these judgment calls than the various human rights commissions and tribunals, whose members come from a variety of backgrounds. As mentioned above, CJFE urged the Court to remove the decisions as to what constitutes hate speech from those commissions and tribunals. CJFE argued that, among other things, applying the Criminal Code standard provides some clarity as to what constitutes hate speech and ensures that the accused gets all of the attendant protections provided by the criminal law process. Furthermore, by assigning the exclusive jurisdiction over hate speech to the courts, we would achieve the benefit of standardizing the definitions, interpretation and procedure for prosecuting hate speech throughout Canada. Instead, the Supreme Court merely reiterated its 1990 decision in Canada (Human Rights Commission) v. Taylor, [1990] 3 S.C.R. 892, saying hate speech should not be the exclusive purview of the criminal law.

The Criminal Code, while not perfect, is consistent and clear. Section 318 of the Code forbids hate propaganda, which includes advocating or promoting genocide.” “Genocide” means acts committed with the intent to destroy an identifiable group by killing or deliberately inflicting conditions of life calculated to bring about its physical destruction. An “identifiable group” is defined as “any section of the public distinguished by colour, race, religion, ethnic origin or sexual orientation.”

Section 319 of the Code creates two offences. The first offence is public incitement of hatred, which prohibits communicating statements, in any public place, that incite hatred against any identifiable group where such incitement is likely to lead to a breach of the peace. The second offence prohibits wilful promotion of hatred against any identifiable group by communicating statements other than in private conversation. The criminal law process establishes a wide range of carefully calibrated offences and penalties, designed to assure proportionality between each offence and the penalty imposed. In addition, the Code allows a judge to confiscate publications that appear to be hate propaganda, which assures protection of the public and restricts the harm that the publications could cause before the Court reaches a verdict.

The state’s limitation of acceptable speech is a grave and important step that should only be initiated and prosecuted by the state in accordance with the checks and balances inherent in our criminal law system. As it stands, the decision to initiate a hate speech complaint is usually up to complainants before human rights tribunals. They are entitled to seek damages with little personal risk. The commissions, with their lawyers and investigators, typically “prosecute” the cases on behalf of the complainants.

The “accused” has to fend for him- or herself by defending against the allegations in what is inevitably a very time-consuming and expensive process—one that lacks the presumption of innocence and the requirement that the case be proved beyond a reasonable doubt.

Astoundingly, as revealed again in Whatcott, human rights codes do not allow defences based on the truthfulness of the communicated statements. Rather, the court darkly opined that “truth may be used for widely disparate ends”—whatever that is supposed to mean. The Supreme Court affirmed that the accused’s honest belief in what he or she said is not a defence, but more troubling is the Court’s affirmation that speaking the truth is not a defence. It is remarkable that truth, which is a defence in defamation cases and the determining factor in most legal cases, is not a defence. While the rest of the legal system is engaged in the search for truth, the law of hate speech endorsed by the Supreme Court says truth is of no consequence.

In an ironic twist of reasoning, the Court assumes that a failure to ban hate speech, to the extent that it tends to silence the targeted groups, may be “more rather than less damaging to freedom of expression.” But what about potentially silencing the speech that may be truthfully and accurately describing targeted groups? While we do not argue that this is the case in Whatcott, any judicially sanctioned restriction of free speech that includes preventing truthful speech that does not reach the criminal standard of being “likely to lead to a breach of the peace” or “wilful promotion of hatred” against any identifiable group should be of great concern to a free and democratic society.

A few years ago, the Court required evidentiary proof of the self-evident proposition, put forward by journalists, that requiring journalists to reveal confidential sources would result in those sources drying up. There is no such evidentiary rigour demanded by the Court to evaluate the many harmful effects it suggests hate speech is likely to cause. For example, the Court says hate speech “opposes the targeted group’s ability to find self-fulfillment” and “impacts on that group’s ability to respond to the substantive ideas under debate.” Hate speech also “acts to cut off any path of reply by the group under attack” and is “an effort to marginalize individuals” based on their membership.

Commentators have justifiably asked if there is any proof of these effects or how serious these alleged consequences really are in the real world. Are we doing the discouragement of hate speech any favours by making a public spectacle out of prosecuting those “offences” that fall below the criminal standard and giving the promoters of abhorrent speech another soapbox from which to disseminate their vile messages?

There is no justification for: 1) laws limiting hate speech beyond the limitation in the Criminal Code; 2) allowing the state to satisfy a standard of proof less stringent than the “beyond a reasonable doubt” standard imposed by criminal law, to “convict” someone of a hate speech violation; or 3) denying the accused the defences contained in the Criminal Code by proceeding by way of a prosecution under a human rights code.

Since freedom of expression is constitutionally protected in Canada, any restrictions on this fundamental and cornerstone freedom must be as limited as possible and demonstrably justifiable. CJFE asserts that the use of censorship by the state must be confined to the restricted category of harmful expression that threatens (or advocates or justifies) violence or hatred against the members of an identifiable group. The federal, provincial and territorial human rights codes must not be used as means of dealing with group defamation. Only when the speech reaches the level of inciting violence should the state weigh in. When it does so, the impugned communicator must be afforded the defences of criminal law and not the variable and vague language of the federal, provincial and territorial human rights codes.

In its effort to clarify the law on hate speech, the Supreme Court of Canada in Whatcott regrettably sanctioned an overly broad and vague notion of actionable hate speech to the detriment of freedom of expression, and it missed the opportunity to ensure that the courts, not inferior tribunals, decide these seminal cases.

Peter Jacobsen is a founding partner of the firm Bersenas Jacobsen Chouest Thomson Blackburn LLP. He is a member of CJFE’s Board of Directors and Chair of the Canadian Issues Committee.

Nadine Touma is a partner of the firm Poupart, Dadour, Touma and associates and a member of CJFE’s Canadian Issues Committee.cjfe re