Two years after Snowden: the state of surveillance in Canada 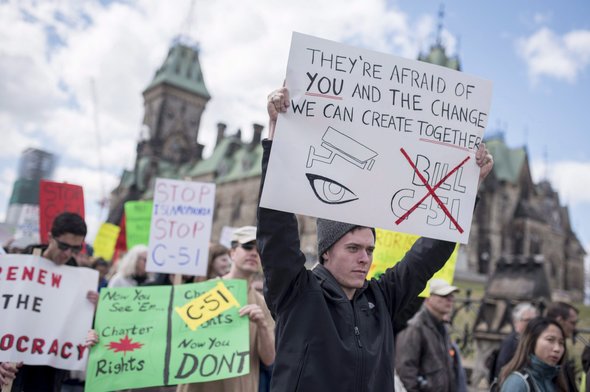 By Sam Pinto June 5 marks the two-year anniversary of the first media leak of classified government documents from former NSA contractor Edward Snowden. The leaks have provided invaluable insight into the secretive world of government surveillance, including a hint of its broad scope in Canada. The revelations from the Snowden leaks since June 2013 have raised significant concerns and had a major impact on how the public views digital privacy, democratic governance and freedom of expression, and these debates will continue as new documents are brought to light. To enable a better understanding of state surveillance programs in the Five Eyes countries (Canada, U.S.A., U.K., Australia and New Zealand), CJFE launched the Snowden Archive, a complete collection of all leaked documents from Edward Snowden. This indexed and fully searchable tool offers access to citizens, researchers and journalists to these important documents, contributing to a greater appreciation of the intimate reach and profound implications of global surveillance practices.

Two years after the leaks began, the state of surveillance and privacy in Canada is grim