Urgent Steps Required to Protect Freedom of Expression in Bangladesh 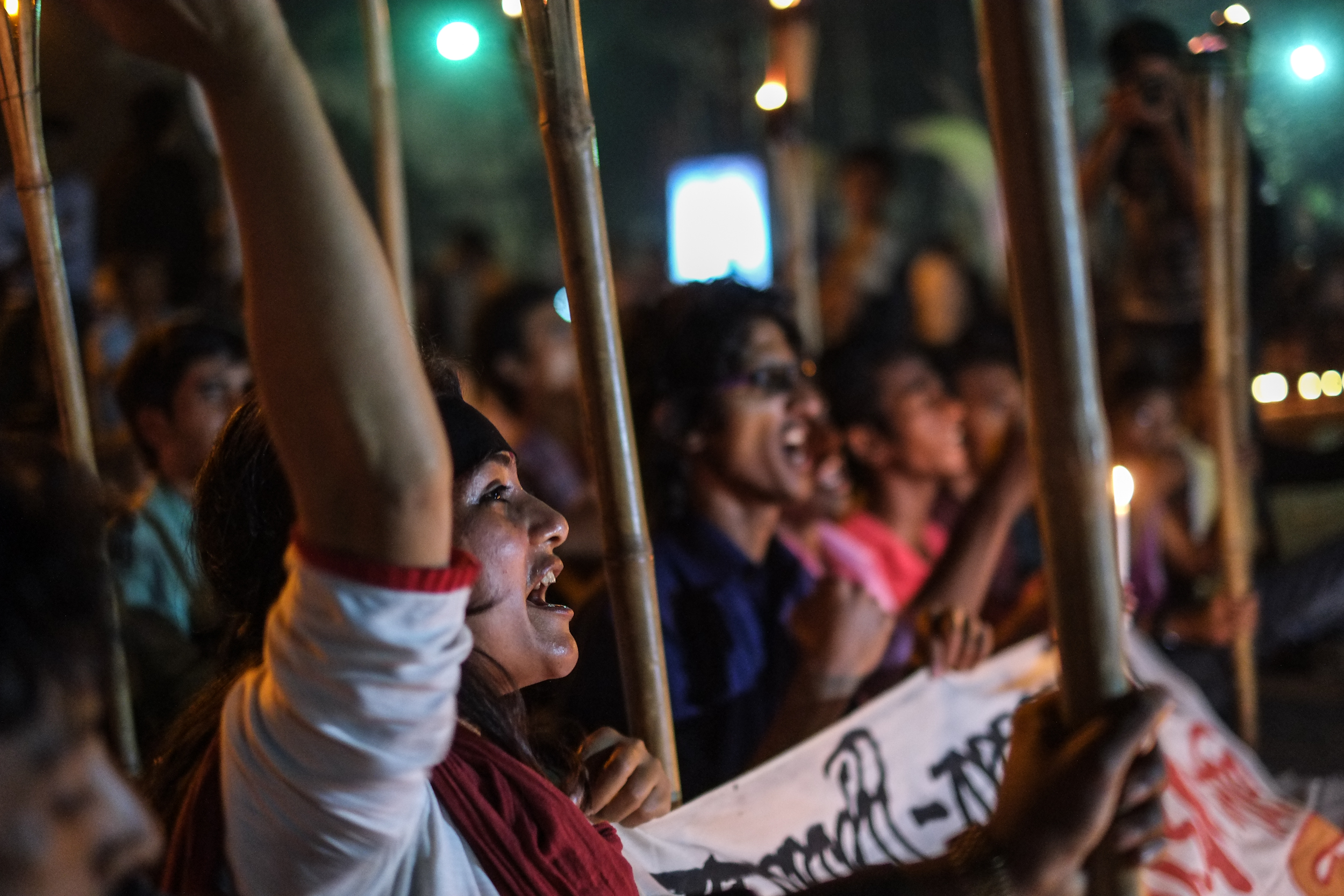 CJFE, with 18 other free expression and human rights organizations (listed below), have submitted the following statement to the United Nations Human Rights Council (UNHRC) highlighting our deep concern at the decline in free expression in Bangladesh for review at the June session of the Council, where we will be urging the Council to act on the situation.

Recent years have seen a serious decline in respect for freedom of expression and the associated rights of freedom of association, assembly and of religion or belief in Bangladesh, a member of the United Nations Human Rights Council. Deeply entrenched and widening political differences between the ruling Awami League, the opposition Bangladesh Nationalist Party and their allies are contributing to a government crackdown on freedom of expression, with Bangladesh’s vibrant civil society also under attack. Legislative changes, poor law enforcement, lack of governmental support for the principle of freedom of expression, attempts to undermine independent media and a justice system ill-equipped to provide recourse to victims of rights violations have all contributed to the silencing of dissenting voices, through murder, imprisonment, self-censorship or exile.

Urgent and concrete steps are needed to reverse this trend and to ensure a climate where political, religious and other views may be debated and discussed in safety and where civil society is respected and enabled to fulfil its vital function of holding government to account.

Since blogger-led protests demanding capital punishment for war crimes committed during Bangladesh’s liberation war and calling for a ban on religious politics broke out in 2013, radical Islamist groups have claimed the killings of seven bloggers, free thinkers and a publisher, six since February 2015. The first victim was blogger Ahmed Rajib Haidar, who had been at the forefront of the protests. Most recently, law student Nazimuddin Samad, who wrote on issues of religious fundamentalism, war crimes, minority issues, corruption and injustice against women, was killed on 6 April 2016. After several months in hiding in 2015, he returned to his activism, stating, ‘It’s better to die rather than living by keeping my head down.’

The attacks have widened to include civil society actors, academics and religious figures with diverse views. University professor Rezaul Karim Siddique was killed on 23 April 2016. Two days later, Xulhaz Mannan, editor of Bangladesh’s first and only LGBTI magazine, and his friend Tanay Mojumdar were hacked to death at Mannan’s home by unknown assailants. Religious minority figures, including a Christian pastor, a Buddhist monk and a Sufi Muslim leader have been attacked or killed since October 2015.

While condemning these attacks, the Bangladesh authorities have repeatedly made statements and taken actions implying that the responsibility for avoiding such attacks lies with the victims.

A month after Ahmed Rajib Haider’s murder in February 2013 – rather than unequivocally supporting the right to freedom of expression and focusing on bringing the perpetrators to justice – a government committee was formed to track bloggers and social media users who made allegedly derogatory remarks about Islam and the Prophet Muhammad. The committee sought information from various platforms about certain users, and requested that several blogs be taken down. The committee publicised an email address where complaints about alleged ‘blasphemous’ content could be submitted, and was later reported to have participated in a discussion with Islamic clerics, who submitted the names of 84 bloggers, requesting that their writings be investigated. This list was made public, and reportedly became a ‘hit-list’ for those carrying out the attacks. Several of those on the list have been killed and others are in hiding, while many others have left Bangladesh. The net of those targeted for attack has since widened considerably.

The ambiguous response from the Bangladeshi authorities has continued with each attack. In April 2016, Prime Minister Sheikh Hasina condemned violence in the name of religion, but said that it was not acceptable to write things which hurt the religious sentiments of others, stating, ‘[e]veryone should maintain decency otherwise in case of any uncivilized attitude, the government wouldn’t take the responsibility’.

Retrograde amendments to laws affecting freedom of expression have been passed in recent years, with other draft laws still under consideration. Bangladeshi civil society has expressed serious concern at the trajectory of legal reform, highlighting how fundamental freedoms are at risk.
Problematic laws and regulations include:

Problematic draft laws and regulations under consideration include:

Successive governments have been accused of conducting extra-judicial executions, enforced disappearances and torture against opponents and critics with impunity. Police recruitment is partisan and inadequate; the prosecutorial system is underdeveloped; there is a lack of independence of the lower levels of the judiciary from the executive and the Supreme Court has been unwilling or unable to prevent executive interference and politicisation of justice. The failure of the state to uphold fundamental rights and freedoms allows extremist groups to spread fear and intolerance and to drive those with opposing views into self-censorship and/or exile through violent acts committed with virtual impunity.

The worsening spiral of violence must be addressed urgently. The signatories to this statement urge the Council to press the government of Bangladesh – which, as a member of the Council, has pledged to ‘uphold the highest human rights standards’ – to: