Using Access to Information to Help Whistleblowers and Fight for Rights 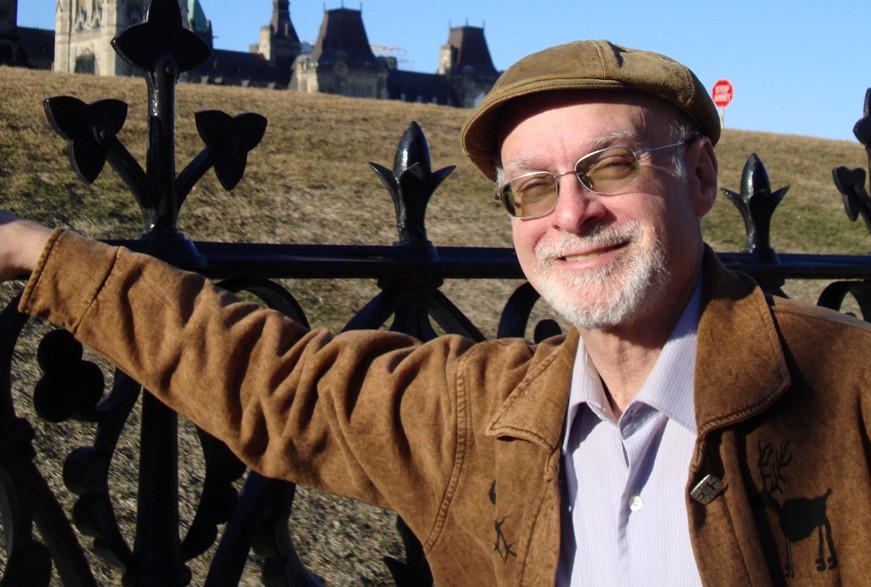 Canada's "Information Warrior" Ken Rubin shares his secrets for using the Access-to-Information system to aid whistleblowers and people under duress. This article was originally published by J-Source.

Some of my most challenging and rewarding access to information work has involved filing access requests with the consent of whistleblowers and individuals under tremendous duress.

By way of background, Canada lacks strong whistleblower protection laws that give public (or private) sector workers free speech rights, adequate recourse to the courts, sufficient remedies against retaliation and a level playing field where the employer has to prove they acted to ensure employees were not harassed for trying to speak out after trying to do so internally.

One just-started battle for information involves filing requests for Hassan Diab. Diab, a Canadian sociology professor, was extradited to Paris as an alleged suspect in the 1980 deadly bombing of a Paris synagogue. But his extradition was based on questionable handwriting and other unreliable evidence.

From a Paris maximum security jail where he had been incarcerated for over three years, Professor Diab gave his consent for me to obtain records. He is now back in Canada after a French court ruled in January 2018 there was erroneous information and he had to be released. Diab stated at a press conference last month that the Canadian extradition law that removed him from Canada is a “lousy” law. His supporters are calling for a public inquiry and for a revision of that law. To date, data received has been highly exempted and it will likely be a long struggle to get data.

One past case shows just how complicated and intense it can be to get data. My access to information help for Maher Arar and Monia Mazigh took five years and began while Maher was still in a notorious Syrian jail. That effort meant seeking and keeping track of files from over a dozen federal and other agencies and mounting multi-appeals to get some further information released, although much was withheld.

Much is known about the American rendition and Syrian detention of Maher Arar. I got significant data useful towards getting a Canadian inquiry underway. Once the O’Connor Inquiry itself started, I also obtained information that Maher, Monia and their support and legal team and the inquiry needed to see. To name a few significant finds: his being beaten in a Syrian jail, his being on a border watch list before being rendered to Syria, and how his suitcase came home from a Tunisia visit but he did not.

The data showed Canadian authorities exchanging information (or misinformation) on Arar, including officials meetings with Syrian intelligence. Arar’s rendition, documents confirmed, was done with the knowledge of Canadian law and intelligence forces.

It also meant honouring Maher and Monia’s request that certain Foreign Affairs records I had obtained on their behalf not be shared, like their passport data and some communications under duress that claimed to assess Maher’s state of mind and alleged motivation.

The O’Connor inquiry report concluded that there was no evidence to link Arar to terrorist activity. The Canadian government and the RCMP issued separate apologies to him and gave him $10.5 million in compensation. Recently, three other Canadian men tortured in Syria have received similar compensation after much delay and official inquiries.

Whistleblowers face their own hell, too, with reprisals, dismissals and emotional turmoil. Access to information searches can help them rebuild their lives but may not adequately help to reverse the penalties they face.

One effort involved assisting a Health Canada research chemist, Dr. Pierre Blais, who was fired after several years of reviewing and questioning in memos the harmful effects of a breast implant medical device that Health Canada permitted on the market. Blais believed there should be a voluntary halt of the device’s sale on the market. Cases were cropping up of this device causing women health problems and trauma,  in some cases leading to the implant’s removal and replacement.

Blais had not been the source of  leaks about this problem and was told not to accept an invitation to testify in a court hearing on the device’s harmful effects. The government ordered him not to communicate his findings and blocked his appearance.

Blais was told to destroy his critical report on the faults of the Meme breast implant by his superior and not to talk with outsiders. After he was fired, I obtained, among other things, a memo note from his superior confirming that he had been asked to destroy his draft report on this unsafe medical device product. His case received publicity – but Blais did not get his job back.

That access work led to obtaining files for some of the women who had suffered because of their Meme breast implants that had to be removed. One, Linda Wilson, whose records I went after with her consent, was brave enough to want to talk about her experience and appeared on CBC Marketplace. Linda wanted her frustrating efforts to get answers and action from Health Canada made public, but drew the line with very personal physical medical information being shared on national television.

I also assisted several other whistleblowers at Health Canada who fought their superiors against accepting the the harmful use of growth hormones in beef production. Margaret Haydon, the late Shiv Chopra and the late Gerard Lambert, three veterinarian scientists, tried to get their concerns inside Health Canada heard but had to go outside to the media and Parliament. Their story came out but they paid a steep price for that. Records obtained showed the defensive media lines adopted and correspondence about what was viewed as their insubordination, and helped show the inside trials they endured.

A totally different case saw archaeologist Pat Sutherland fired from the Canadian Museum of Civilization, now the Museum of History. The Museum said she was fired for harassment; Sutherland said it was because  her research discovered a different take on Canadian history – namely, that Norse seafarers may have settled in the Baffin Island area much earlier than previously thought. The documents obtained through access requests included an unflattering personnel report and internal exchanges dismissive of her research.

She and her husband and fellow archaeologist, Robert McGee, strongly disagreed with these reports and wanted her research made accessible or returned to them. They also wanted their names cleared and Sutherland’s job back.

None of this happened. Now, on my own, I am seeking documents that provide evidence the Museum of History wants to turn her research, which they consider is government property, over to American researchers.

A controversial case at Carleton University saw the Board of Governors wanting to prevent a faculty representative on its board, biology professor Root Gorelick, cease commenting in his blog about positions the board took in the public part of their deliberations. They wanted Root to sign a  newly-created confidentiality code of conduct agreement to never discuss such public sessions. His refusal effectively ousted him from being a board member.

The university wanted large fees to search their databases so I had to choose which branch records I wanted to lower fees. Documents obtained for Root helped show the university’s questionable position and likely helped his faculty association (which he now heads) reach an arbitration settlement. That settlement called for revising the gag order the conduct code had placed on board members. It may now give this public university a better claim to be a place of academic freedom and free expression.

Sometimes, too, people who have been suspended or dismissed for raising internal issues decide against pursuing  their own records.

Tony Turner was one such case. Turner, an Environment Canada wildlife research administer, was told not to come back to work because his musical song ‘Harperman” was too political and that allegedly  this outside activity broke the department’s code of conduct rules. Mr. Turner did speak out once he voluntarily retired but was reluctant to have access requests filed to find out who higher up complained about him and was uncomfortable to put his former colleagues in the middle. Turner, now advancing his musical career on the West Coast, is still grieving the disciplinary actions through his union.

A gutsy women, Dr. Nancy Olivieri, has spent over two decades fighting for the right to do her hemoglobin research affecting seriously ill liver patients. She was concerned about the potentially lethal side effects an experimental drug, deferiprone, developed under the brand name ferriprox by Apotex, was having. She was troubled that the drug exposure work done under Health Canada’s special access program at the University Health Network in Toronto was possibly not properly carried out.

Ferriprox however was licensed by Health Canada in 2015 and is on the market. Getting data on the drug’s approval and adverse reactions history and health effects is one of my ongoing access fights.

Taking on such cases means being prepared for lengthy fights and  dealing with parties, both supportive and non supportive. It is a must that you need to demonstrate sensitivity to the individuals whose information it is, or is about, from harassment to security clearance cases. Overall, the access work has shown me that Canada has a long way to go to protect such citizens and their rights.

Ken Rubin is an Ottawa-based public interest researcher, citizens’ advocate, writer and civil libertarian who has doggedly worked to reveal government misspending, secrecy, scandals and more for over 30 years, largely through the use of Canada’s ailing Access to Information (ATI) system. He has also testified before parliamentary committees and writes a column for The Hill Times on the right to know and open government.