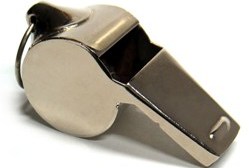 Photo courtesy of Stock.xchng
Ahead of Canada’s May 2 federal election, CJFE encourages you to ask your local candidates about their stance on critical free expression issues. Each week CJFE will post questions which you can e-mail, call or write to your candidates. We’d love to know what they say, and what your thoughts are too.
Other topics in this series: Week Five – Ask your local candidates about government transparency Week Three – Ask your local candidates about public access to Canadian courts Week Two – Ask your local candidates about improving access to information Week One – Ask your local candidates about free expression violations at the G20 Summit
Ask your local candidates about Canada’s whistleblower protections Canada’s Public Servants Disclosure Protection Act (also known as the whistleblower protection act) came into force in 2007. Its purpose is to encourage employees in the public sector to come forward when they have reason to believe a serious wrongdoing is taking place in their workplace. The Act is meant to protect the whistleblower from reprisal, as well as provide a fair process for those who are accused of the wrongdoing. The Office of the Public Sector Integrity Commissioner was created to offer a “safe, confidential and independent mechanism” for public servants and members of the public to disclose wrongdoings. Unfortunately, since the creation of the Office, not only has the first Integrity Commissioner Christiane Ouimet utterly failed to fulfill the mandate of the Office, (she was forced to resign after an investigation into her work uncovered serious wrongdoings on her part), but there is still evidence of a climate in government that is more likely to punish whistleblowers than to applaud them. A case in point is that of Sean Bruyea, a retired Canadian intelligence official. Bruyea had returned from service in the Gulf War of 1991-92 with a diagnosis of post-traumatic stress disorder. His battle with Veterans Affairs began simply as passionate advocacy on behalf of Canada’s veterans, and as a vocal critic of the Department’s “New Veteran’s Charter” initiative, in the media and before Parliament. Unfortunately, the more successful his advocacy campaign, the more Bruyea found himself subjected to significant retaliation by officials at Veterans Affairs. He later learned that government officials were providing information about his medical treatment and status to policy officials responsible for responding to his campaign. Federal Privacy Commissioner, Jennifer Stoddart described as “alarming” her findings that sensitive medical information about Bruyea was repeatedly shared with officials “who had no legitimate need to see it.” Her Report also confirmed that, since at least 2005, Bruyea and other veterans advocates had become the target of a concerted campaign by officials at Veteran Affairs, which included tactics such as withholding payment of medical travel claims to discourage their advocacy. In this case Bruyea was vindicated – he received a formal apology from the Minister of Veterans Affairs. CBC News has reported that the Interim Integrity Commissioner, Mario Dion, hired an independent firm to review 221 outstanding complaints that were not investigated under Ouimet’s watch, and determine how many were closed without cause and how many require further investigation. The results will not be released until after the election. We invite you to ask your candidates the following: 1) If elected, what steps would you take to strengthen protection for whistleblowers in Canada? You can e-mail, call or write to the candidates in your riding, and let us know what they say on our Facebook Discussion Board. We'd love to know what your thoughts are on these issues too. Not sure who your candidates are or how to get a hold of them? Elections Canada allows you to search by your postal code to find information on your riding.
Free Expression: Canada Protecting Sources and Whistleblowers type-feature
Do you like this page?
Tweet