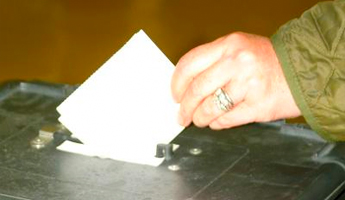 Photo courtesy of www.freefoto.com
As political parties and local candidates campaign for your vote in the Canadian federal election, CJFE encourages you to take the time to ask your candidates about their stance on critical free expression issues. Each week until the May 2 election, CJFE will be posting questions which you can then e-mail, call or write to the candidates in your riding. We'd love to know what they say, and what your thoughts are on these issues too.
Other topics in this series: Week Five – Ask your local candidates about government transparency Week Four – Ask your local candidates about Canada’s whistleblower protections Week Three – Ask your local candidates about public access to Canadian courts Week Two – Ask your local candidates about improving access to information
Ask your candidates about a public inquiry into the G20 Summit On March 25, the Public Safety and National Security Committee was set to present a report to parliament entitled “Issues Surrounding Security at the G8 and G20 Summits.” The Committee’s mandate was to shed light on the numerous incidents in the public security operations, which involved over 20,000 security personnel. Among the series of recommendations the Committee proposed was Recommendation 7, calling for a comprehensive public inquiry: “That the Government of Canada convene a full judicial, independent public inquiry to investigate the security at the G8/G20 summits, with sufficiently broad terms of reference to allow it to investigate all levels of government, all decision making processes and all the events that occurred that led to property damage, civil rights violations, and bodily harm, and with the power to make recommendations stemming from its findings to ensure similar events are never repeated in Canada.” (Read the full Report) As the Report was released on the same day as the vote of non-confidence, this recommendation may not get the attention it deserves. CJFE has previously issued calls to the government for a public inquiry into the conduct of police at the G20 Summit, and supports this resolution. We invite you to ask your candidates the following questions: 1) If elected MP of my riding, will you promote a comprehensive public inquiry into the security at the G20 Summit, as recommended by the Public Safety and National Security Committee? 2) What will your political party do to ensure that the right of Canadian citizens to free expression is not violated in the future? You can e -mail, call or write to the candidates in your riding, and let us know what they say on our Facebook Discussion Board. We'd love to know what your thoughts are on these issues too. Not sure who your candidates are or how to get a hold of them? Elections Canada allows you to search by your postal code to find information on your riding.
Free Expression: Canada Threats and Attacks type-feature Search and Seizure type-blog_entry Free Expression and the Law
Do you like this page?
Tweet