What the UN Special Rapporteur’s report says, and doesn’t say, about freedom of expression in the digital age 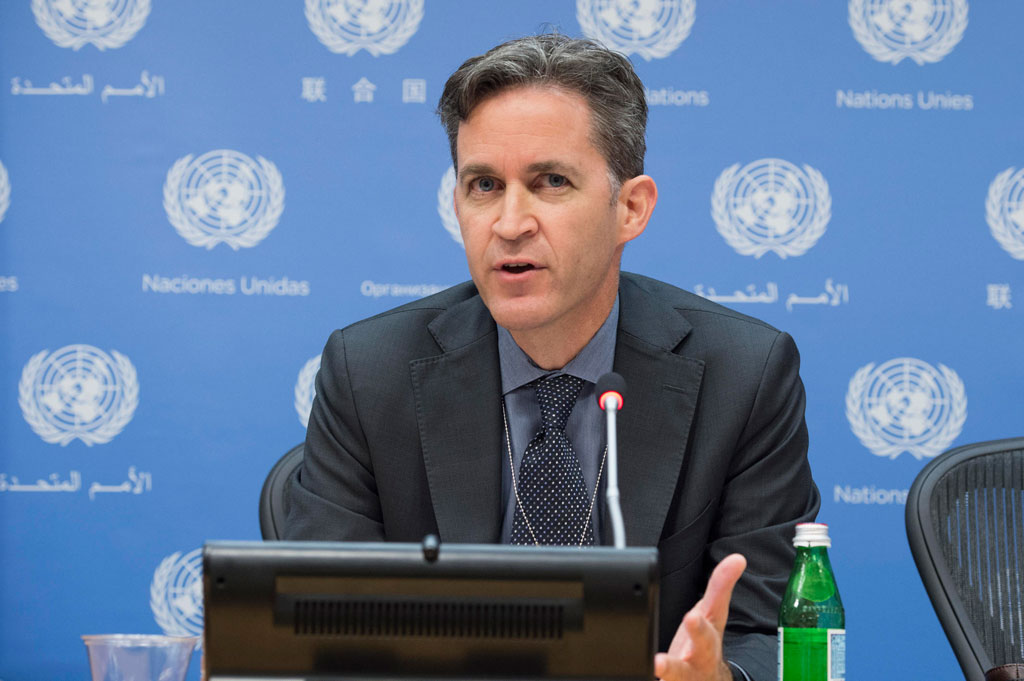 In June 2016, the first of several reports on freedom of expression in the digital age was published by David Kaye, the United Nations' Special Rapporteur on the promotion and protection of the right to freedom of opinion and expression. The document is notable both for its content and its omissions.

Kaye emphasizes the role of states, corporations and civil society organizations in promoting and protecting freedom of expression. Issues of internet governance, regulation, access and network neutrality receive prominent treatment. On the other hand, while he addresses smartphones and the “Internet of things,” Kaye accords comparatively short shrift to potential freedom of expression concerns that apply exclusively or primarily to mobile technology.

State surveillance and the “Internet of things”

Kaye cites the advent of the “Internet of things” as an important reason for governments and private actors to refine their approaches to human rights, but does not directly address the exploitability of inescapable digitally connected technologies as a tool for highly intrusive forms of state surveillance. (Imagine if a government agency could detect every opening and closing of your refrigerator door, or the time of day at which you typically switch off your bedside light for the evening.)

John Ralston Saul has explained that privacy is at the centre of free expression rights so that citizens can learn, debate and decide—in their homes, in their emails, on the telephone, via text message—what they are going to say in public. As journalist and activist Glenn Greenwald illustrates in his book on the Snowden revelations, No Place to Hide, genuine freedom of expression is all but impossible without privacy, to say nothing of investigative journalism that draws on information procured from whistleblowers and confidential informants.

Incidentally, the word “whistleblower” does not appear in this particular report, nor do the names of individuals who have helped expose state surveillance programs or wrongdoing, facing persecution as a result.

The role of the private sector

The Special Rapporteur’s report addresses the considerable degree of control and decision-making power that transnational corporations exert over the Internet—as providers of physical infrastructure and Internet service, holders and transmitters of personal communications and data, and designers of news feeds and search algorithms. This pattern of ownership and control raises questions about the responsibilities of private sector companies to respect freedom of expression and other human rights, the extent to which these companies must comply with laws or decisions by states that appear to violate human rights, and the liability of private firms for human rights violations that governments perpetrate using tools or technology created by those firms. Kaye suggests that private firms should be evaluated based on the steps they take to ensure freedom of expression, even in environments hostile to human rights.

Kaye does not cite recent examples of specific controversies wherein corporations have faced allegations of partiality, such as claims by former curators of Facebook’s news feed that they routinely suppressed news items of interest to “conservative” users, or accusations that Google manipulated its autocomplete algorithm to favour Democratic U.S. presidential candidate Hillary Clinton.

These instances are very relevant to the protection of free expression rights in our complex digital age. A study by psychologist Robert Epstein and his colleagues at the American Institute for Behavioural Research and Technology suggests that Google has the potential, through adjustments to its search algorithms, to significantly affect the outcome of a U.S. election. Moreover, manipulation of social media sites and comment boards is one of multiple tactics that professional election hacker Andrés Sepúlveda used in his efforts to influence the outcome of Mexico’s federal election in 2012.

The ability of private, profit-motivated organizations and partisan or paid hackers to influence the decision-making process of millions of people is cause for concern, from the perspective of both free expression and democracy. It is very concerning that Kaye’s report does not explore this issue in detail.

Freedom of expression encompasses the ability to produce, retrieve, transmit and receive information and creative works without undue interference. In this regard, Kaye identifies a simple but important barrier to global free expression: the fact that billions of people still do not have Internet access. This reality impinges on freedom of expression in two ways. First, individuals who lack Internet access cannot benefit from the free expression of Internet users, and second, those with Internet access are at least partially blind to the experiences, knowledge and creativity of those without.

Other issues that Kaye identifies in his report include:

Kyle Farquharson is a writer, editor and social critic based in Vancouver, Canada. He holds a Master’s degree in journalism from the University of British Columbia and has been a volunteer with Canadian Journalists for Free Expression since 2015.