When Women Journalists Turn Off Their Microphones 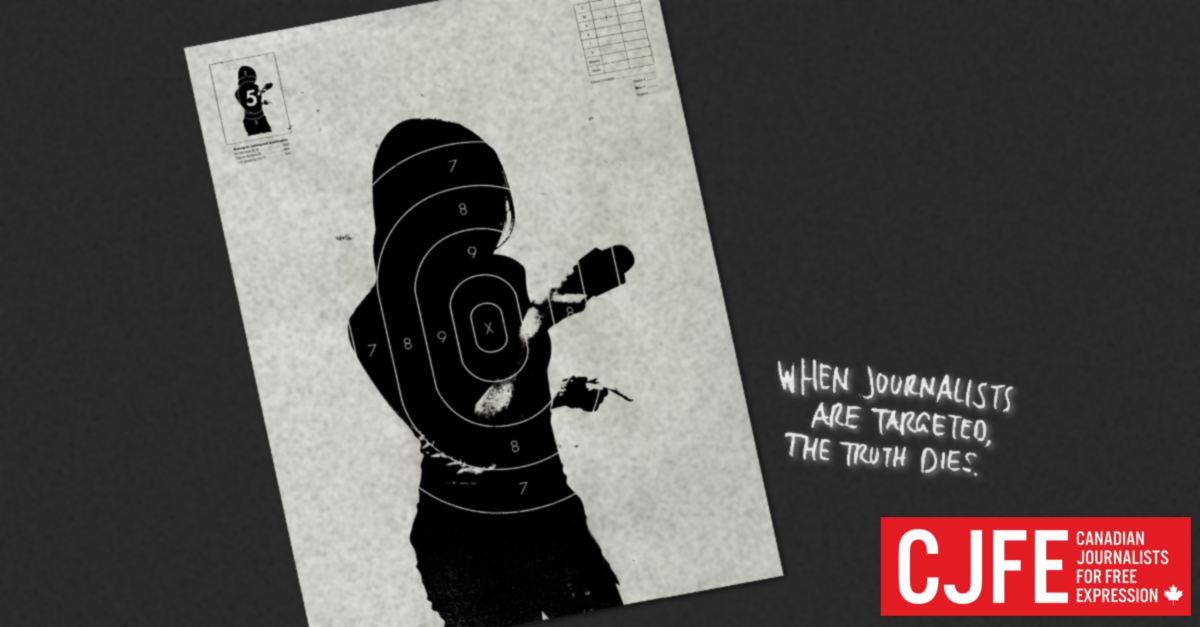 In February 2011, the world was shocked by the news that CBS war correspondent Lara Logan was viciously attacked in Cairo’s Tahrir Square while covering the Egyptian revolution. But, as Logan discussed later in an interview with “60 Minutes,” her horrifying experience may not be so uncommon: What she called a “code of silence” exists surrounding sexual assault on female journalists, something she said “all of us have experienced and never talk about. But those who experience such attacks rarely report them, citing professional and cultural stigma as discouraging factors.

Journalists around the world, a majority of whom are men, are being harassed and killed in greater numbers than ever. But women are undergoing a double attack, as they are targeted both as women and as journalists.

According to a survey conducted by the International News Safety Institute and International Women’s Media Foundation, nearly 65% of women journalists in the world have experienced some form of intimidation, threats, or abuse in relation to their work. The majority of this abuse occurred in the workplace and was perpetrated by male bosses, supervisors, and co-workers. Moreover, the finding said that most incidents of harassment and violence were never reported.

Hikmat Habal recalls the special request from her male boss on her first-day training in a local newspaper in Syria “he wanted me to tell him a ‘dirty joke’ every morning so I help in cooling up the heat of news!” Habal continued with a sigh, “I didn’t dare to do anything back then, but had he said the same to me now, I promise I wouldn’t remain silent at all”. Maybe that experience is the reason Habal believes in the necessity of training young journalists on their rights and empowerment. According to her, some women journalists hesitate to sue their perpetrators because of the costly process, and funding those trails would definitely give more women a push to go forward with their allegations. She explained, “At the end, if a journalist is not able to defend herself how would she carry on the watchdog role in her society?”

Equal payment, equal responsibility, Not quite yet?

Earlier this month a BBC journalist resigned after learning her male peers were paid 50% more than she was. Carrie Gracie stepped down from that position and took a public stand against her employer for what she calls a “secretive and illegal pay culture” that systematically discriminates against women. According to the Secretary-General report The safety of journalists and the issue of impunity (Aug.2017), “Women journalists are generally paid less than men and they are less likely to have the same contractual protection; in addition, there are fewer women working in senior and management positions. They are also less likely to be asked to work on high-profile issues and are more likely to work on so-called women’s issues.”

Hanan Kiswany, a journalist with 18 years of experience, said “those forms of discrimination are easily seen when it comes to payment and ranking, some people still believe that men should be paid more than women because they are the ones putting bread on the table.” She explained “it’s not only about regulations, it’s about traditions that overstep laws.” Kiswany said that some female colleagues reached executive positions, however according to her “Even when women take on leadership, their decisions are often doubted and untrusted by their male colleagues, simply because they are women!” Throughout her long experience Kiswany has always campaigned for equal opportunities, she believes that everyone should know that women are capable of doing a great job if they were given the chance to do so.” She suggests that “when successful women talk about their achievements they inspire others.”

A devoted mother and successful journalist

In most countries, perceptions persist in many contexts that journalism is not an “appropriate” profession for women due to the inherent need for flexibility and devotion. This is connected to outdated ideas about women and motherhood. Linda Steiner, writer of Gender and Journalism, argues that “over time, men have consistently tried to protect their status, jobs, and salaries, and have failed to acknowledge how journalism was set up as a male enclave with ‘macho’ values and a culture that disadvantaged women, especially mothers, with its tradition of long and irregular hours and lack of childcare.”

A similar fear of social stigma made Fatma Khair, an Egyptian writer and journalist, hide her pregnancy at work, twice. Eventually, she had to come clean, and the reaction was what she expected. “The first time I got pregnant” Khair said, “my Managing Editor got very upset and said he ‘did not want me to get distracted’ The second time I got pregnant, my colleagues called me crazy because I was going to lose my career.” Khair wanted to prove to everyone after coming back from her maternal leave that nothing has changed, she elaborated, “If I were a man, I wouldn’t have had to deal with many challenges that I dealt with in my professional life, such as working too hard to prove that pregnancy isn’t a stopper, and waiting too long to gain a permanent position that my male counterparts did not wait for.“ As a result of her personal experience, Khair established a network called Women For Media that works on supporting women of all ages to succeed in journalism, specifically supporting those who want to continue their career after marriage and childbirth.

There are different types of dangers that women journalists need to be protected from. The demand is not limited to their physical safety, but also to offer equal opportunities, empowerment, and protection against discrimination and limitation.

The General Assembly acknowledged recently the specific risks faced by women journalists and underlined the importance of taking a gender-sensitive approach when considering measures to address the safety of journalists. The initiative aimed at increasing the attention paid to the safety of women journalists through resolutions, recommendations, national laws, policies and accountability mechanisms, together with awareness-raising and training activities.

In addition, many countries stepped up with domestic initiatives aiming at protecting women journalists. Still, those initiatives could not yet guarantee - to many women-  a safer journey at work. Although, hundreds of thousands of women journalists carried on their active reporting and fierce investigations, many- until this day- have changed or stopped their careers as a result of this lack of safety.