An inside look at Discourse Media's multi-part investigation into freedom of the press and access to information in First Nations. 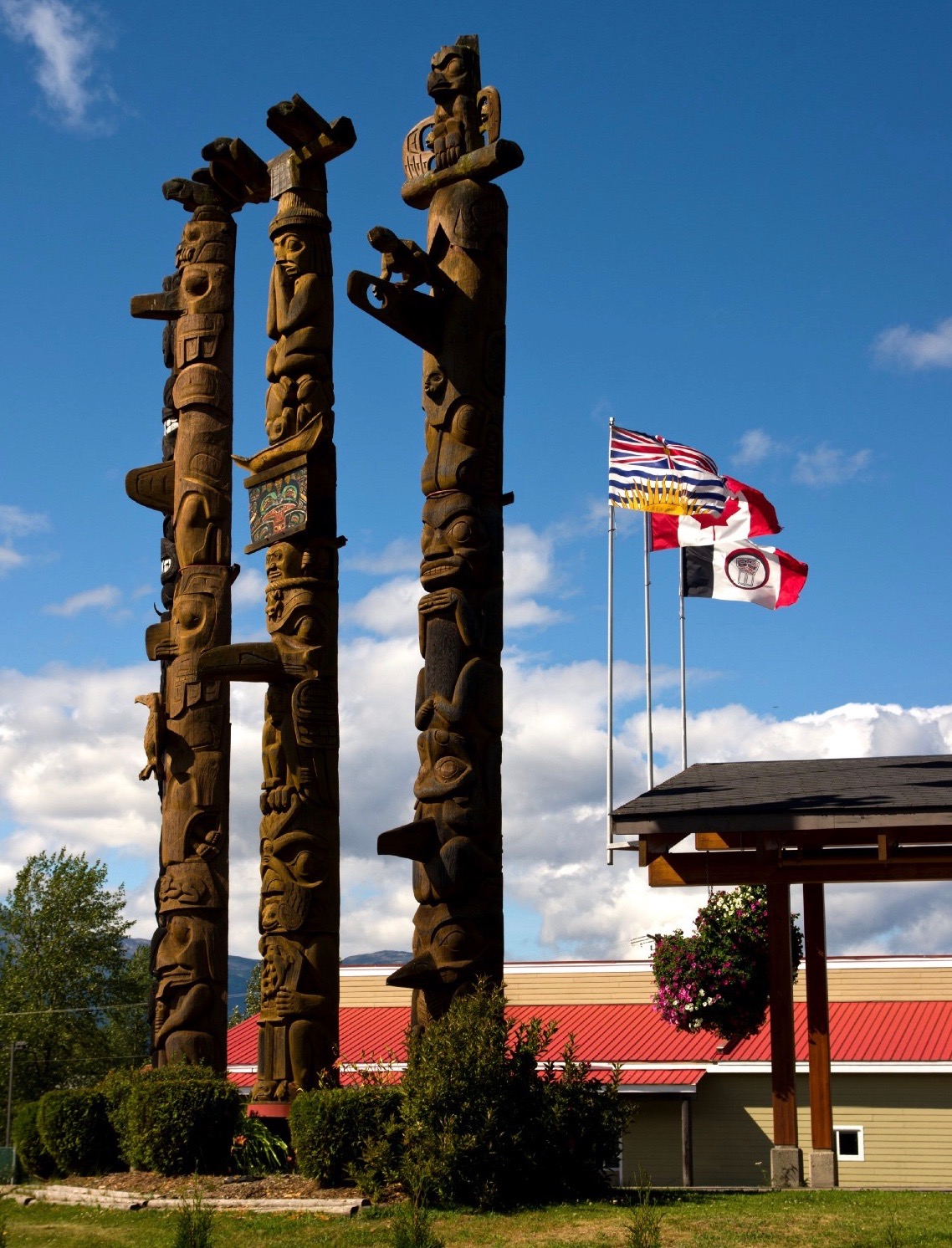 At 12:01 a.m. on April 1, 2011, the Maa-nulth Treaty was enacted. Five distinct First Nations were united through the treaty, which gave them each the power of self-government. Negotiating the treaty took five years, and its enactment carried monumental weight for many.

For Wawmeesh Hamilton, a journalist from the Hupacasath First Nation in Port Alberni, B.C., the treaty sparked questions about what role the media would, or could, play if it covered the Maa-nulth nations’ business and government. Hamilton knew that freedom of the press was guaranteed by the Canadian Charter of Rights and Freedoms. However, since the five groups were no longer First Nations under the Indian Act, but rather their own independent nations, did freedom of the press apply?

When Hamilton asked an official involved in the negotiations, it became clear that freedom of the press hadn’t been considered during deliberations.

Intrigued, Hamilton and a team at Discourse Media began investigating in the summer of 2016. They wanted to know: does freedom of the press apply to treaty and non-treaty nations?

Hamilton spent five months asking First Nations band councils, lawyers and advocates for freedom of the press to clarify the rules. He found a surprising amount of disagreement and uncertainty.

“I couldn’t find one definitive answer. There’s no legal precedent,” says Hamilton. He believes the lack of clarity around the rights of journalists in First Nations discourages them from pushing back when shut out. This prevents them from holding First Nations governments accountable.

“There’s nothing etched in stone that says, ‘This is why sometimes reporters can’t go into First Nations and report.’”

Hamilton began digging in Nisga’a country. Like the Maa’nulth nations, Nisga’a is no longer a First Nation under the Indian Act. Instead, it’s a self-governing nation with its own legislature. That means that 1,930 square kilometres in northern B.C. are governed largely without scrutiny of the press — making the Nisga’a an independent government within Canada’s borders with no media watchdog.

Hamilton was permitted by the Nisga’a to cover Nisga’a legislature, but he was the only reporter present. After two days covering the legislature, Hamilton came up with 35 story ideas — stories that will likely never be reported.

Hamilton’s experience sparked a larger investigation at Discourse into how freedom of the press differs in First Nations communities and whether the Charter of Rights and Freedoms applies.

Reporter Sophie Woodrooffe explored how some First Nations used trespass bylaws under the Indian Act to enact media blackouts in order to ban journalists from covering news in their communities. She found media blackouts to be legally and ethically complex, especially when tragic or politically sensitive events take place.

For example, Woodrooffe investigated the case of a First Nations chief charged with sexual assault who issued a media blackout in his own community. For Woodrooffe, it was easy to understand why the media ban felt unethical in this case. But when another First Nation banned media from the memorial of two children who died of hypothermia, she was less sure. Trust in media is understandably low in Indigenous communities, she says, and reporting on tragedies can be triggering and divisive. While the ethics are arguable, no legal precedent stops reporters from publishing despite the bans, Woodrooffe found.

“I have settler heritage, but I’m very interested in figuring out how I can report [on Indigenous communities] ethically,” says Woodrooffe. “It became clearer and clearer to me in discussions with law and First Nations scholars that there is a lot that mainstream media takes for granted. One of those things is freedom of the press.”

Whose records are public?

Most public bodies in Canada are subject to the Access to Information Act, and reporter Daniel Stahl investigated whether its basic principle — that government information should be available to the public — applied to First Nations. Do First Nations members have a legal right to their government’s information?

“[The question] seemed quite simple,” recalls Stahl. “I felt like it would require a call to the Minister of Indigenous and Northern Affairs.” 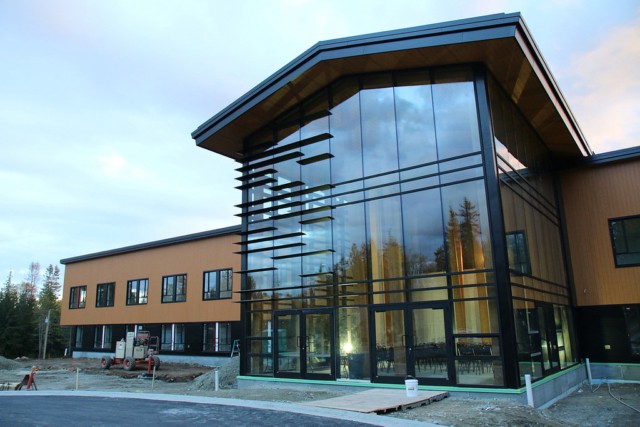 But Stahl’s investigation turned out to be far from simple. “I realized that even the organizations concerned with press freedoms did not understand how they applied to First Nations,” says Stahl.

Canada’s information commissioner is only responsible for bodies of the federal government. That leaves putting FOI laws in place to First Nations leaders themselves.

As Stahl discovered, only a few of the more than 600 First Nations in Canada have their own freedom of information legislation. That means only a few thousand of the approximately 900,000 people identifying as First Nations in Canada can legally hold their governments accountable, or at least try to, through access to information that other Canadians take for granted.

While media culture may not be flourishing in First Nations, it doesn’t mean that storytellers don’t exist. Hamilton spoke to community members who have stepped up to hold their governments to account where traditional media fails to show up.

One such person is Nisga’a member Noah Guno, who has been writing and editing stories off the side of his desk for years through the independent micro news site Aboriginal Press. But, like many of those Hamilton spoke to, he doesn’t feel he has the journalistic skills to singlehandedly act as a watchdog for his community. And in November 2016, Guno was elected to the Gitlaxt’aamiks Village Government council, so he’s since hired two reporters to take over editorial duties at Aboriginal Press. 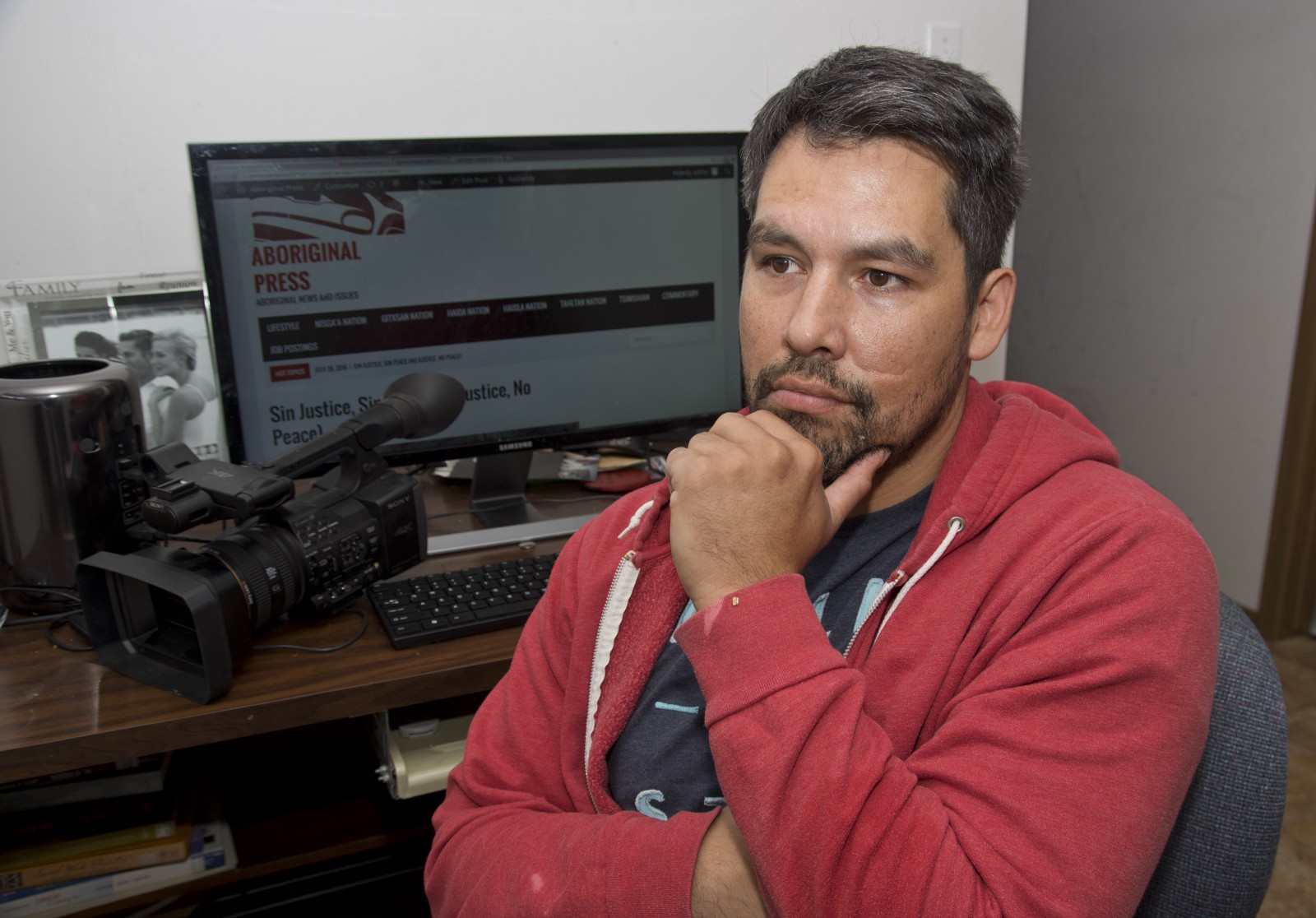 For the fifth story in our editorial package, Hamilton dug into what solutions exist to address the lack of journalistic capacity in Indigenous communities.

“I hope to see people in positions of leadership, in politics and media, wrestling with the concept of freedom of the press in First Nations. It’s supposed to be a hallmark of the society we live in,” says Hamilton.

“When there are reporters regularly covering First Nations legislatures, then we’ll really get to know one another. In my book, that’s reconciliation.”

Emma Jones (@emma_cjones) is a reporter at Discourse Media. The reporters from the original investigation are Wawmeesh Hamilton (@Wawmeesh), Sophie Woodrooffe (@dswdrff) and Daniel Stahl (@stahlniel).