Wynne must consider the Charter while working to end college strike 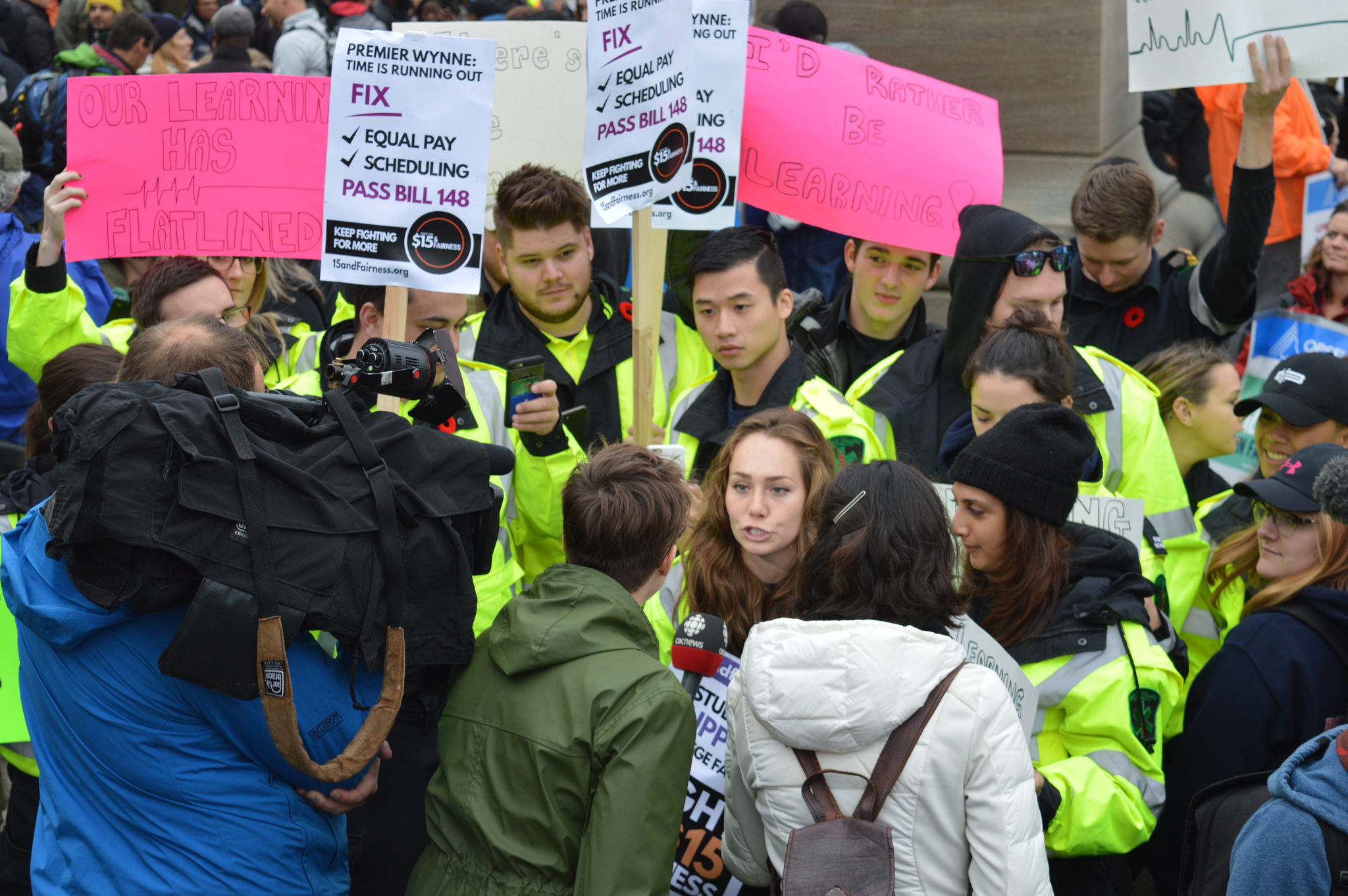 CJFE is deeply concerned by the Liberal government’s stated plan to introduce back-to-work legislation during a special weekend session of the Provincial Legislature. We encourage the government to consider the constitutional rights of workers, including impacts to the right to free association and expression that would come from the implementation of this law.

At 31 days the strike is now the province’s longest-running labour action by college faculty. There are many points of contention in the negotiations including concerns by college faculty about the state of academic freedom. A 2011 statement by the Association of Universities and Colleges of Canada defined academic freedom as “the freedom to teach and conduct research in an academic environment” going on to describe it as “fundamental to the protection of the rights of the teacher to teach and of the student to learn.” The colleges claimed that a counter-offer addressed academic freedom, but refused to cede exclusive control over course content to faculty. Faculty overwhelmingly rejected the offer in a vote on November 16.

As back to work legislation would force either new contracts or binding arbitration in a case where faculty allege their Charter protected academic freedoms are at risk, a charter challenge might justifiably be brought by unions against that legislation. Back-to-work legislation is an inherently anti-democratic mechanism which by its very nature defies the spirit of Charter protected rights to free association and expression. Case law shows some precedent in the 2016 Ontario Superior Court decision which saw the Canadian Union of Postal Workers successfully bring a Charter challenge against back-to-work laws.

CJFE recognizes the special challenges associated with addressing labour action in a democracy. We also recognize the rights of workers to organize and bargain collectively. When college students return to class, it must be because an equitable settlement has been reached between faculty and the colleges, not because the provincial legislature abrogated the Charter rights of thousands of workers by imposing a settlement which workers say will only continue to impoverish academic freedoms and college faculty alike.