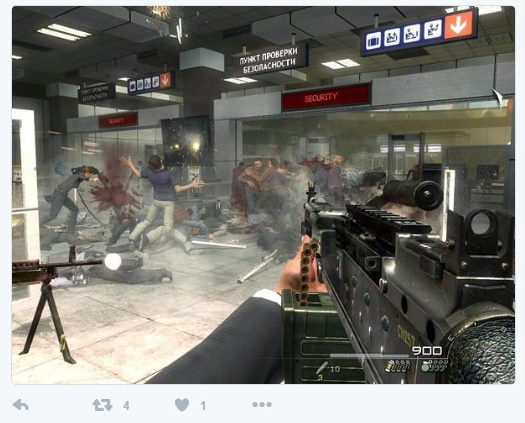 Kevin Mohamed's photo turned up in a strange place. One of the only publicly available photographs of the 23-year-old facing terrorism-related charges appeared in the February 2015 edition of Iron Warrior, a magazine published by the University of Waterloo’s engineering faculty.  His photo can be seen only a few pages after an article co-authored by two Waterloo engineering students about the Anti-Terrorism Act, 2015 (formerly Bill C-51). This is noteworthy because Bill C-51 would subsequently be used to facilitate Mohamed’s prosecution.

The Iron Warrior article focused on the student experience, discussing the effects of Bill C-51 on campus and the possibility of engineering students being recruited by the Canadian Security Intelligence Service (CSIS). It speculated that those same students might be used to spy on Muslim students in the same faculty.

In a strange coincidence, when the article was published Mohamed was already under investigation for his sympathies to a listed terrorist entity. The premise of the article was correct: students (and specifically racialized students) have both the most to lose from Bill C-51 and the greatest role to play in defeating it.

A year after the article was published Mohamed was arrested on a weapons charge. The RCMP first sought a preventative peace bond under “Fear of Terrorism” and Mohamed was later charged with participating in a terrorist group and denied bail.

The circumstances of Mohamed’s arrest are questionable and no direct evidence of his membership or participation in a terrorist group has been made public. His only apparent offence was public support on social media for a Syrian militant group called the Al-Nusra Front. His social media posts were also critical of the more well-known group Daesh (ISIS).

Mohamed also tweeted an image from the popular video game Call of Duty and asked for a modification that could simulate the Brussels airport bombing, for which Daesh claimed responsibility. (Call of Duty already features a level in which players can indiscriminately kill civilians in an airport.)

The RCMP alleges Mohamed traveled to Turkey in 2013 to join a terrorist group but his mother denies this; she and Mohamed’s brother also went along for the trip. Experts who have reviewed Mohamed’s case have independently confirmed that he was likely not an extremist.

Where were the youth voices?

In late July 2015, a community meeting was held at Ryerson University. The approximately 25 participants were members of student unions across Toronto, including the Canadian Federation of Students (CFS), the Ontario Public Interest Research Group (OPIRG) and others. They referred to themselves as the Students Coalition against Bill C-51 and hoped to launch a discussion about the anti-terrorism legislation on campus and what it means for students.

The meeting consisted of a strategy session, and pledges were made to develop and implement a robust political campaign across Canadian university campuses when students returned to school for the fall 2015 semester. For maximum impact, the campaign was set to coincide with the 2015 federal election.

But despite this collective resolve to take action, the campaign did not materialize as intended, largely due to the absence of relationship-building with the much larger Toronto Coalition to Stop Bill C-51.

The Toronto Coalition to Stop Bill C-51 was formed primarily by independent citizens, not-for-profits, advocacy groups and political parties. Its membership was predominantly white and well-connected to both professional advocacy organizations, unions and the NDP campaign apparatus. These groups have all been criticized for failing to include the lived realities of communities most affected by Bill C-51 in their advocacy efforts. This reflects the tendency of the anti-terrorism legislation to be treated by critics largely as a danger to professional political and legal advocacy, rather than as a danger to community politics or identity.

Groups working on Bill C-51 failed to engage meaningfully with the Ryerson-based initiative led by students, and some of the organizers from that meeting shifted their attention to campus initiatives for youth employment or community-based advocacy groups like Black Lives Matter: Toronto. Their energy and passion was preserved within their communities, but lost from the battle against Bill C-51.

This failure exemplifies the complex struggles of allyship and solidarity in social movements. It is also a glaring indictment of how advocacy campaigns in Canada often fail to connect with the communities that are most impacted by the results of the work.

Canada now has a federal government that has spent its first year in office establishing new political priorities, which has included undertaking public consultations on national security. Unlike other youth-friendly advocacy efforts such as labour and environmental campaigning, national security is often treated by politicians as a ‘grown-up issue’. But as we can see in the case of Kevin Mohamed, national security laws can have a serious impact on young people.

Part of the federal government’s proposed national security consultation framework involves the creation of the Office of Community Outreach and Counter Radicalization. It will focus on leveraging community relations (particularly with women and youth) in an effort to stem the tide of converts to proscribed political ideologies. Because this is a priority area for the federal government, youth clearly have strategic value to the state. To this end, Prime Minister Justin Trudeau has established a Youth Council and appointed himself ‘Minister of Intergovernmental Affairs and Youth’.

There is a serious need to engage youth from diverse cultural backgrounds in the political discourse surrounding Bill C-51. The legislation clearly creates long-term consequences for youth through the sweeping changes it makes to Canada’s national security regime, including criminalizing advocacy or speech about issues that concern youth—particularly youth from marginalized communities. In essence, Bill C-51 has the political effect of turning a young person’s opinion into an embarrassingly permanent facial tattoo. It seemed like a good idea at the time. Youth must be free to experiment with ideas and identities without weathering the permanent, life-altering consequences of their choices.

As a country, Canada appears willing to mortgage the future of many of its youth in the pursuit of security—or perhaps merely an illusion of security which panders to some vision of a flag-waving nationalism built on 'Canadian Values'. The national security framework is well on its way to building lasting regimes of data collection, surveillance and warrantless digital spying in the name of fear. As a result, all the hijinks and transitory political perspectives of today’s youth will be preserved with indelible clarity for the future.

How many of today’s business, political and community leaders expressed support for communism during the 1960s and 1970s when it was seen as a major international threat? Would that support have destroyed or permanently changed young lives if it had occurred in a time of unprecedented digital technologies and surveillance? Youth today are the first generation for whom a right to privacy online or offline is a wholly alien concept.

Despite the rise of dystopian powers for the state, Canada is still a multicultural, multi-ethnic society. It is a nation that prides itself on being a cultural mosaic. Part of this ethos demands tolerance for the political baggage that people bring with them, as young immigrants and first-generation Canadians are informed by the politics of their countries of origin. But the current national security regime will impose lifelong consequences on young people for just these types of thought, speech or association. This permanence is something which should resonate with and frighten all youth.

Despite Canada’s claims to tolerance and openness, 53 of 54 ‘listed terrorist entities’ are organizations whose Canadian membership would be comprised of cultural and ethnic minorities in the country. Not only will Bill C-51 define how the rest of the world views Canada; it will also define all Canadians’ futures when it creates a chilling effect on deviations from normative political discourse and beliefs.

While today it is Al Nusra Front and Kevin Mohamed, a shift in the winds of political change could see any number of official sanctions visited on segments of the youth population. Over the last two decades this has been the shared experience of students from Palestinian, Tamil, Sikh and other communities. Bill C-51 may be a central tool used to declare and enforce normative political thought through these types of sanctions. This intent was echoed in the last week in the United States, where legislation has been proposed that would allow any type of protester to be charged with ‘economic terrorism’.

One of the best ways to ensure stronger and safer societies is to avoid the marginalization and persecution of beliefs, ideals and the individuals who hold them. There are opportunities to foster inclusive intercultural dialogues all across civil society, including student unions, public interest research groups, campus clubs, collectives and more. These dialogues must empower individuals through direct involvement in a political process that works for and supports their communities.

If Kevin Mohamed read about Bill C-51 in his campus paper, did the Iron Warrior article challenge or reinforce his worldview? How many opportunities to engage productively and inclusively with the young man were missed—on campus and off?

As a country, we cannot prioritize our strategic interests or foreign policy at the expense of our youth. Banning or criminalizing ideological support or advocacy for causes that in many cases can hold deep personal significance will only drive people further into isolation and toward radicalization. Both civil society and national security policy need to do a better job of building bridges and supporting the creation of spaces where youth can organize and work towards a future that safeguards their rights and values. Political engagement is a direct path to empowerment and enfranchisement, and youth need to be allowed to lead on issues like Bill C-51.